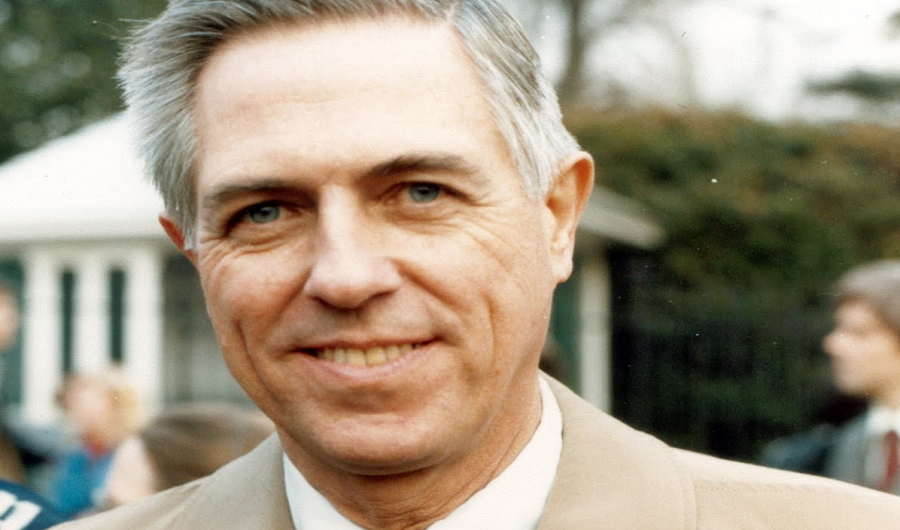 We live in tumultuous times right now, politically speaking. There is a general sense of malaise in our political discourse. As Washington becomes increasingly more toxic and is increasingly fueled by partisan rage, overall identification with the two major political parties is at an all-time low. Congress, in its stagnancy, has record low approval ratings.

Looking for some insight, I reached out to a political legend: James L Buckley. Buckley was elected Senator in 1970 as the Conservative Party’s candidate. Buckley served in the State Department from 1981 to 1982 (first as an Undersecretary of State and then as a Counselor) and as a judge on the prestigious United States Court of Appeals for the D.C. Circuit from 1985 to 1996 – holding the honorary position of Senior Judge on the D.C. Circuit Court since then. Furthermore, Buckley managed the New York City mayoral campaign of his brother (and conservative movement leader) William F. Buckley in 1965, and served as President of Radio Free Europe from 1982 to 1985.

Being one of the few accomplished individuals to serve in all three branches of the federal government, combined with the bulk of additional experience he has accrued in his life, there is no one better to comment on today’s dynamics and some of the long-term tendencies that have brought us to this point.

I was lucky to speak to Buckley over the phone, in which we spoke for an hour about various issues facing Washington today. The underlying question was why and how our politics have become as dysfunctional as they are now. Procedures, processes, and how our government tries to operate were the major culprits – and some of his conclusions were less obvious than others.

The role of the Senate schedule is one of the less obvious diagnoses Buckley cited. We often think of Senators purely as political actors, but they are human beings and co-workers as well. In recent years, there’s been a shift in the Senate schedule. Senators may have residences in Washington, but they can hardly be said to truly reside there. The Senate legislative workweek is, on average, just three days a week with important votes often set for Tuesday, Wednesday, and Thursday. The intent of this is that many members of the Senate have opportunity to be in closer contact with their constituents, but the effect is that Senators are not as close with their colleagues as in the past. Personal relationships often facilitated the process of getting things done. Senator Buckley noted how he’d often cooperate with his Southern Democratic colleagues on a number of issues pertaining to federalism, and that often was facilitated via good personal working relationships.

A more usual suspect for institutional inaction that the former Senator pointed to was the primary system: he is not a fan. After 50 years of experimenting with the process, Senator Buckley believes that the primary process has led to a rhetorical dumbing-down of the political discussion. He thinks that they elevate the “crazies,” and rewards candidates based on their ability to present themselves as the most extremely ideological individual in the race – needless to say, Senator Ted Cruz is not Senator Buckley’s ideal representative. He preferred the old model of “smoke-filled rooms,” where party bosses decided candidates of proper repute, at least at the presidential level. The change was seen as most needed at the presidential level, but when I brought up the idea of repealing the 17th amendment (which established the direct election of Senators) and having state legislatures decide who would represent a state in the Senate (as was the norm prior to the amendment), he agreed that that would be an improvement over the current process.

The most important aspect of our discussion was the importance of federalism in the American body politic. In the past century, ever more authority has become concentrated in Washington. Why is the government so backlogged? Because D.C. has so much on its plate. Why is there such a large administrative state handling policy? Because Congress has so much to do that it has to delegate its authority to unelected bodies. Why is there so much populist rage? Because when important local matters are handled in a faraway capital, a constituent now has to sit on his or her hands and wait for D.C. to address their local issue – often with no response forthcoming. According to Buckley’s logic, the natural consequence of the decline of federalism in the United States has been the decline of the democratic process and the responsiveness and efficiency of government; with this comes an increasing discontent or disinterest among the public with the nation’s politics. Senator Buckley has a tremendous respect for the competence of Paul Ryan, but the Speaker can only do so much when there’s so much to be done.

We concluded by talking about President Trump’s one-year in. Senator Buckley wrote in Mike Pence during the last election, so as a principled conservative he has yet to be won over. His primary concern was with the President’s temperament, which the Senator continues to find lacking. The question of whether the President is temperamentally sound enough to be the nation’s negotiator-in-chief in the international sphere is a heavy one. President Trump’s violations of the principles of federalism, such as federal overreach with regards to sanctuary cities, are another issue Buckley has had with the President. He simply does not foresee there being an improvement in the matters that he and I discussed under this administration. If there is one area the Senator sees the President performing fairly well in, it is that the President’s nominations to the Federal Bench and Supreme Court have been comparably superb thus far.

Today, according to some accounts, the National Review – the scion of the Buckleys, and the flagship magazine of the traditional conservative movement – is considered “too left” by many attendees at CPAC. James Buckley cut his teeth building American Conservatism, but today, what it means to be a conservative is an open question. Prominent conservative Senator Jeff Flake as of late has felt a need to define himself as a “Traditional Conservative.” Putting traditional before conservative in describing oneself feels remarkably similar to putting classical before liberal, a dynamic in which the descriptor transforms the meaning of the latter. A traditional conservative is classically liberal regarding matters of due process, liberal democracy, delegated authorities, and ordered liberty. In my discussion with Senator Buckley, he presented a thoughtful and classically liberal case for a vision of American government – and in a period political recklessness, thinking and behaving a bit more conservatively would be a good idea.