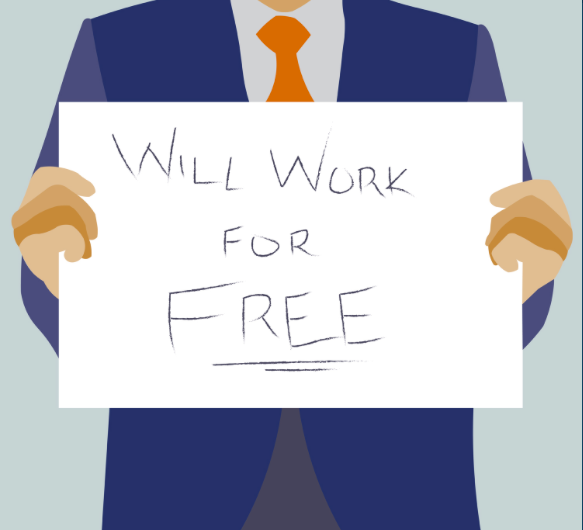 Internships, both paid and unpaid, have become a recent phenomenon in 21st century United States. Undergraduate college students experience pressure to graduate with an internship on their resume to prove to employers that they have the work ethic necessary to succeed in today’s competitive workforce. However, students who take unpaid internships are often required to perform meaningless tasks, left vulnerable to experiencing sexual harassment and discrimination in the workplace, and must have a degree of financial means in order to participate in these programs. It is ingrained in the minds of college students that taking on an unpaid internship is the only option they have to gain the experience for which they believe employers are looking. However, unpaid internships are unethical entities in modern society. The unethicality of unpaid internships is left out of public discourse, and, as a result, the legality and fairness of engaging students as unpaid interns is overlooked.

Unpaid internships dominate the job boards during the school year, and students looking to get ahead find themselves devoting multiple hours a week to free labor. Little academic research is available on the ethics and legality of unpaid internships, with Ross Perlin’s Intern Nation: How to Earn Nothing and Learn Little in the Brave New Economy standing alone in his scathing review of the unpaid internship market. While students are completely free to choose whether or not they take an unpaid internship, many are left feeling like they do not have a choice because of the pressure they feel from the prestigious internships obtained by their peers.

Perlin describes unpaid internships as “a form of mass exploitation in plain sight,” and notes how the term “internship” is purposely ambiguous to allow the employer’s discretion in choosing what work an intern will do. There is a wide range of what unpaid interns can do, from menial file organization that provides the intern with no actual experience on one end of the spectrum, to helping draft public policy in Washington D.C. on the other end. The supposed currency of unpaid internships is experiential learning, and while some interns feel there was an equal exchange of labor for experience, many unpaid interns leave having gained no actual experience. Perlin notes that what isn’t ambiguous is the rhetoric surrounding the word “internship.” Having an internship on a resume signals to employers that the student is a hard worker and has experience, despite the employer not knowing what experience the intern actually gained. As a result, one word on a resume can determine an individual’s ability to receive a job offer, regardless of the actual experience they may have.

Unpaid internships are considered legal under the Fair Labor Standards Act of 1938 (FLSA), because, according to the FLSA, unpaid interns are not classified as actual employees due to their lack of monetary compensation. The FLSA has standards employers are to follow if they engage unpaid interns. Additionally, the Department of Labor regulates unpaid internships through the very flexible Primary Beneficiary Test. The test has seven factors that an employer must loosely follow if engaging an unpaid intern, specifically noting that the intern must gain significant, beneficial experience and not replace the work that could be done by an actual employee. If an intern feels their employer is violating one of the factors of the Primary Beneficiary Test, they able to bring their case to court, as seen in the 2011 lawsuit against Fox Searchlight Pictures. Two unpaid interns in this case argued in front of a Federal District Court that they did not receive beneficial experience and performed the work that could be undertaken by paid employees. The court ruled in their favor, and the unpaid interns received financial compensation for their labor. While the unpaid interns won in this case, the Primary Beneficiary Test is still a loose set of guidelines, enforced on a case-by-case basis by local courts. Many unpaid interns are not aware of their rights, and they maintain a mindset that they must have these experiences to expand their job prospects.

Despite the questionable ethics surrounding unpaid internships, they are perpetuated because of students’ warranted desire to benefit their future. Undergraduates are willing to demean themselves if they believe the experience will be helpful for future job prospects. Current undergraduate students will be entering the job market a decade after the 2008 financial crisis, a time where many college students experienced graduating without receiving a full-time job offer. After watching this happen to previous college students, current students are anxious to do whatever it takes to ensure employment after graduation, even being aware of the unfairness of unpaid internships. Additionally, because of the large supply of students anxious to have internships, change in the system is unlikely. Until politicians, the majority of which benefit from unpaid internships, decide to bring the topic of unpaid internships into public discussion, the unethical practice will continue to subject thousands of college students to free labor.