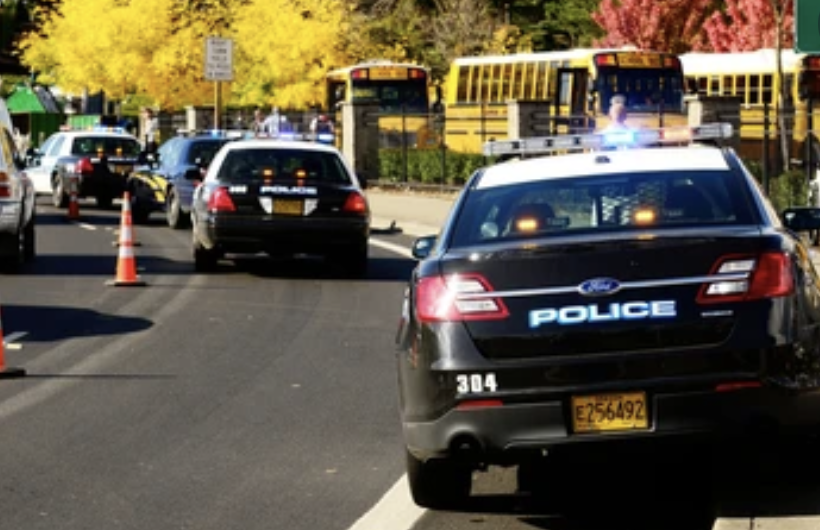 The current debate about the efficiency and morality of the police in the United States has been at the forefront of conversation for many years. A sector of this discussion, the NYPD’s occupancy in public schools, is often overlooked. A brief history of the NYPD’s role in New York’s public schools is essential to understanding their growth in the public sector, despite outcry from students, partners, teachers and community members alike.

The initial introduction of the idea of NYPD in schools began as an effort to prevent students from fighting, loitering, vandalizing, cutting class, or any other action that the schools and community deemed detrimental to students or the community. There was an increase in noncompliance among students and teachers within the education system. There were frequent “student protests and organized discontent” fueled by the idea of police being introduced to school grounds. Additionally, the United Federation of Teachers delegated their members to picket posts outside of many city schools. In response, the police department deployed one thousand two hundred officers to city school yards as a way to suppress the student and teacher protests. For years prior, school administrators had deemed it “unthinkable” to have police officers stationed on school grounds. However, after multiple failed attempts by BOE (City Board of Education) to successfully enforce school regulations, it was decided (a collaboration between the BOE, local governments and NYPD) that a more proactive approach needed to be taken. Ironically, the police were first employed, in 1962, in response to the protests against their potential presence. This implementation received much pushback from the students, community members, and teachers unions throughout the city. Many viewed this action as an attempt to criminalize students in their own schools. They were not wrong.

By the early nineteen seventies, the BOE had received subsequently more government funding to aid in the addition of police on school property; school security became a multimillion-dollar budget item before the end of the decade. In the following years, the size of the security forces increased significantly with a reported budget of forty three million dollars. This money was spent on security guards, a “Mobile Task Force” (composed of roughly five hundred officers, intended to handle “disciplinary emergencies”), approximately two thousand two hundred unarmed guards, and hundreds of full-time safety officers employed in all five boroughs. Shortly after this came the rapid expansion of metal detectors in public schools, both primary and secondary. The installation began with the permission to wield handheld metal detectors in forty of the “high risk” high schools. By 1994, over one thousand one hundred and thirty six city schools had walk-through metal detectors.

The rapid progression and integration of harsh policing in both primary and secondary schools was unsuccessfully protested by many students, teachers, and Chancellor Ramon Cortines. In 1994, following Mayor Giuliani’s proposed initiative to make the NYPD the separate and sole controllers of school safety, (known as the Memorandum of Understanding (MOU)) both Chancellor Ramon Cortines and his successor Rudy Crew objected to the plan. A majority of student organizations and teachers also protested this plan. Those in opposition to the plan argued that the NYPD would have too much power if they were the sole enforcers of school safety, as opposed to the Board of Education maintaining authority over the operations of the police department. Despite the overwhelming objection to the plan, on September 16th, 1998, the BOE unanimously voted for the transfer of control of school safety from schools to the NYPD. BOE maintained that they need the assistance of police in order to maintain safety, because the previously imposed school safety initiatives were not enough to combat student delinquency.

The New York City Police Department controlling all of the security in city schools was not only detrimental to the authority of the education system, but also sent a significantly negative message to all of the students under its authority. Giving total authority over school security to the police department instead of the school was the equivalent of comparing the students to criminals, and the school to the state. In addition, the message received by the students was not that the police are there for their protection, but rather the officers are there to protect the community from the students. The wellbeing of the students was overshadowed by the perceived need for social order. Again, the schools were met with activism and protest against the new school safety initiative. This form of expression was viewed by some as a negative response to the institution’s attempt at controlling delinquency, and further justified this new approach to public safety. Additionally, in 2001, the Joint Committee on School Safety surveyed city principals so as to evaluate the effectiveness of the transfer of safety regulations to the NYPD. Approximately 67% of principals reported that they had not seen a change in the school’s safety regulations. After four years, the schools were no safer than they had been when the school was in charge of safety.

This issue became even more controversial when Mayor Bloomberg continued to provide more aid to the NYPD operating in school environments. In 2003, School Safety Agents and a new task force of NYPD officers were implemented into schools classified as “Impact Schools.” This label was used to refer to schools who were at higher risk of criminal activity and police intervention. Mayor Bloomberg felt it was necessary to increase policing in these schools because the statistics of crime remained the same, relative to the employment of police in city schools. In order to correct this statistic and decrease crime in high risk schools, the Mayor developed the above plan (the plan to increase funding to Impact Schools).

Presently, there has been a push for school discipline reform backed by the DeBlasio Administration. The current New York City Mayor has recognized the disproportionately negative effects of policing on marginalized groups, as well as the student body as a whole, and has taken a few small steps toward reform. The administration created a task force charged with collecting and evaluating such effects to update the Memorandum of Understanding (MOU) between the schools and the NYPD. However, no action has been taken to reduce the funding or power behind security in city schools.