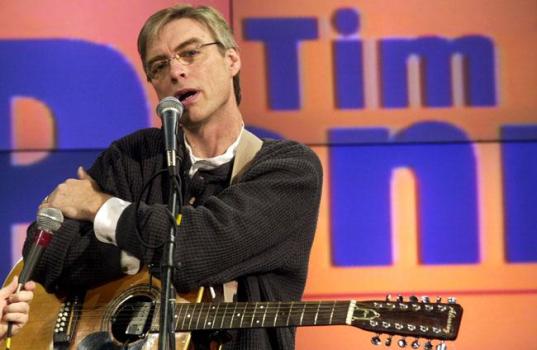 Fordham Libertarians President Jacob Linker had the opportunity to have an over the phone conversation with former Minnesota Congressman Tim Penny.

It may not seem particularly far-fetched for a former Democratic congressman to become a libertarian Cato Institute Fellow after leaving elected office. The ideological overlap between Democrats and libertarians extends to issues such as civil liberties, immigration, and drug policy. But fiscal policy? Such a Democrat would have to be fairly unique. Former Minnesota Congressman Tim Penny is that unique figure. His record is by far one of the least frequently discussed stories of independent minds in American politics – but it’s one that people on all parts of the political spectrum should know more about as the ideological makeup of the major political parties continues to ebb and flow.

First elected in 1982, in a traditionally republican-leaning part of Minnesota, Penny served six terms in the U.S. House. Penny was the only non-Republican to ever be elected to multiple terms in his district in the history of Minnesota, a testament to his widespread popularity. Though he has opinions on a breadth of issues, Tim Penny was and is most well-known for his strength on fiscal issues. Penny chaired the Democratic Budget Group, a caucus within the Democratic Party of fiscally conservative Democrats.  He also chaired the Porkbusters Coalition – a bipartisan congressional group focused on eliminating pork-barrel spending – and co-sponsored the 1993 Kasich-Penny Budget Proposal which would later become the basis for the late-90s budget surplus.

After leaving office, Penny’s political, policy, and private activities have been similarly remarkable. Penny joined the Cato Institute as a Fellow in Fiscal Policy Studies in 1995, served as an informal adviser to Third-Party Minnesota Governor Jesse Ventura, and was the Independence Party of Minnesota’s 2002 Gubernatorial Candidate. He’s been a Co-Chair with the Committee for a Responsible Federal Budget and was part of President Bush’s bipartisan commission on Social Security. Since 2007, Tim has headed the Southern Minnesota Initiative Foundation, where he says that he has been happy to have the opportunity to continue to serve the geographic area that that he represented while in Congress.

The congressman and I had a conversation about a variety of issues, but most of our discussion had to do with the politics of the state of Minnesota, independent politics – both temperamentally and in terms of partisanship – as well as the national mood.

Despite his district being largely Republican-leaning since statehood in 1858, Tim won in 1982 as a Democrat.  Penny said that his party-affiliation was a combination of old-school family partisan loyalty and the big-name Minnesota Democrats dominating the political scene left Penny with an affinity for the Democratic Party. Penny’s father was a railroad-union worker and his mother was a strong supporter of John F Kennedy. At the time Penny was first becoming politically engaged, Minnesota Democrats – Hubert Humphrey, Eugene McCarthy, Walter Mondale, and Orville Freeman – were big players on the national political scene.

Noticeably, however, the Congressman was a Democrat for reasons that weren’t particularly ideological, as we discussed over the phone. In Congress, this translated to a streak of political independence. As the Democratic Party shifted left over time, the Independent-minded Penny was increasingly out of step with his party. On issues pertaining to the budget and small businesses, Penny would often break with the Democrats. Once out of office, this resulted in Penny advising Minnesota Governor Ventura, who he described as “somewhat libertarian” and who was effective in garnering support from usually uninterested voters who were tired of politics. Penny praised Ventura’s cabinet as being “extremely competent” and Ventura’s policy agenda and performance as being well-received by Minnesotans. When Ventura opted not to run for reelection in 2002, Penny saw a need for somebody to step up and move the state forward via a continuation of the centrist message. He ran for governor and won 15% of the vote – fairly successful by third-party standards. If there was one regret he had from how the 2002 race was won, the congressman said it was how he allowed his opponents and their associated interest groups to define him and his campaign – resulting in the election of Republican Tim Pawlenty.

According to Penny, independent candidates’ relative success in Minnesota is no coincidence. The state legislature routinely swings between parties and there are a large number of independent swing voters. The state has long had an affinity for third-party candidates – Roosevelt in 1912, Perot winning 25% in 1992, and Ventura’s 1998 bid being big examples that stuck out. The large number of swing and independent-minded voters in Minnesota means that when there’s a compelling third option, Minnesotans will vote for it, he said.

Nationally, the congressman believes that for a third-party movement or candidacy to be successful it needs to have an issue or theme around which people can rally and be led by a figure that people can identify with and relate to. In the Reform Party, Jesse Ventura and Ross Perot had strong celebrity factors that contributed to their success and the same goes for Donald Trump’s 2016 bid as well. If a third-party candidate can cement their status as an outsider coming in to shake up the system and bring together disaffected independents and dissatisfied partisans, a third-party bid can be somewhat successful.

Congressman Penny told me that he supported John McCain in 2008 and in 2016 he supported John Kasich, citing his personal relationships with the candidates as well as their moderate temperaments and independent mindsets. When I asked why so many Kasich supporters, including Governor Weld himself, went on to support the Johnson-Weld ticket in 2016, the Congressman referred back to Kasich’s independent tendencies and fiscal responsibility.

At the end of our conversation, I asked the Congressman what other current national officeholders he admires. The names he put forward were Senator Joe Manchin (D-WV), UN Ambassador Nikki Haley, Senator Ben Sasse (R-NE), Congressman Trey Gowdy (R-SC), Senator Marco Rubio (R-FL), and Senator Tom Carper (D-DE). It’s a bipartisan list filled with names with strong bipartisan records and independent streaks. Should we be surprised?