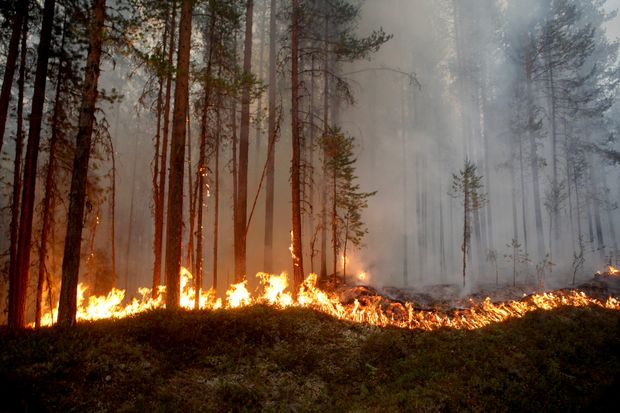 We hear the word “climate change” thrown around a lot today, but when asked to define it, few can speak beyond “global warming, right?” In reality, climate change is far more complex. The phrase refers to the alteration of aggregated patterns of weather, meaning averages, extremes, timing, and spatial distributions of what we consider the different aspects of weather. The reason global warming is most people’s immediate go-to on the subject is that global average temperature is one way to check the state of the holistic climate. Climate change accelerated significantly within the last half a century, and scientists attribute this to the increase in the carbon dioxide emissions produced by fossil fuels. In recent years, humans have come face-to-face with the dire implications of climate change; in 2015, India and China saw over one and a half million deaths resulting from air pollution from sources such as heavy traffic, industry, and construction. But climate change has not only wreaked havoc in foreign countries. In the United States, scientists have observed a significant impact on air quality, natural resources, and wildlife diversity.

More apparent to the American public, though drastically less pressing, are the political implications of climate change. The issue has become a remarkably divisive point in the American partisan system, as evidenced by recent actions by the last two presidential administrations. For example, the Obama administration’s Clean Power Plan established America’s first-ever carbon standard for power plants. However, the Trump administration made efforts to repeal this action, and, furthermore, pulled the United States out of the Paris Agreement, an international commitment to combat climate change and assist developing countries in doing so. The fact that the two parties use this issue as another point of separation and not a reason to unite demonstrates the shortcomings of a bipartisan system: climate change is an inherently more pressing issue than any other platform debate because if it peaks, all other issues will be irrelevant. The immunity of corporate energy, a lax president, and a misplaced emphasis on partisan identity are all wasting American time on an issue that has the potential to bring about humanity’s demise.

The corporate impact on climate change cannot be overestimated. According to data as recent as 2017, just one hundred companies have produced more than 70% of all greenhouse gases in the last thirty years. Half of all global industrial emissions can be attributed to just twenty-five major companies. The majority of these, such as Exxon Mobil and Royal Dutch Shell, are multi-billion-dollar corporations and the sources of heavy public investment. Many have also aligned themselves with conservative political forces, through both financial and public displays of affiliation, in order to ensure protection for their own interests. This combination of monetary and professional influence on all levels of society has made these corporations practically untouchable. Somewhat paradoxically, these companies have chosen to support the Paris Agreement and other environmental regulation because they know that such regulation is damaging to small businesses in the industries they already dominate. Since corporations do not support some of Trump’s environmental moves, one could assume that his feelings on climate change are centered on more than just corporation protection. In his statement regarding the decision, Trump cited American job creation as the main reason for withdrawal. This idea is familiar: on the campaign trail, Trump spent significant time referencing the coal and oil industries as sources of development and employment in America. However, a 2015 study found that fossil fuel companies risked wasting more than two trillion dollars in the next ten years by pursuing coal, oil, and gas endeavors that could be rendered worthless by potential action against climate change. If Trump actually valued and took seriously the ample evidence of climate change’s threat, he would invest in clean energy and join the referenced action. His personal comments, through Twitter and in person, as well as actions such as these have proven repeatedly that the environment simply is not a priority—an ironic position considering his “America first” attitude.

A push from the Democratic party towards addressing climate change has additionally fueled the Republican fire of supporting fossil-fuel-producing corporate interests, and even questioning of the objective science behind climate change. Ronald Reagan demonstrated an intensely anti-environment agenda when he made a significant effort to dissolve the Energy Department’s carbon dioxide program. In the 2008 presidential election, Senator John McCain provided an inkling of hope by using the climate as common ground with his opponent Barack Obama. That display of unity was heartening, but the hope accompanying this progress has been diminished significantly by the current Republican administration. Donald Trump has repeatedly tweeted and issued statements referring to climate change in a dismissive manner, calling it a hoax devised by the Chinese and most recently, declaring that cold weather invalidated evidence of global warming. Although such ideas seem to be the extreme on a Republican spectrum where most politicians are acknowledging the reality of climate change, party members’ potential for action is still not promising. This past October, Senator Marco Rubio did not deny that the global climate was changing but questioned human responsibility for that change. Furthermore, research conducted by the New York Times demonstrates that Republican attitudes towards climate change depend heavily on the areas in which they live, showing that those who are less affected by it do not consider it as much of a priority.

Addressing climate change should undoubtedly be considered a top priority by every major international power. Increased global temperatures as a result of greenhouse gas emissions will affect everything: air quality and the respiration of every living thing on earth; soil moisture and all of the agriculture and ecosystems it touches; the amount of precipitation and dry spells; and a rapidly rising sea level. Every special interest working against preventing the dire consequences of climate change will be irrelevant if their goal is achieved. In not prioritizing addressing climate change, political bodies are not only demonstrating irresponsibly short-term thinking, but are also setting a precedent for a culture of ignorance in its populations. Some corporations and governments are doing the right thing: Google and Volvo have committed to greener business practices, and several European countries, particularly Scandinavian, have been prioritizing national sustainability for years. However, until every major international player in both business and government commit to setting financial allure and partisan pettiness aside, we risk losing thousands of more species, habitats, and eventually, ourselves.