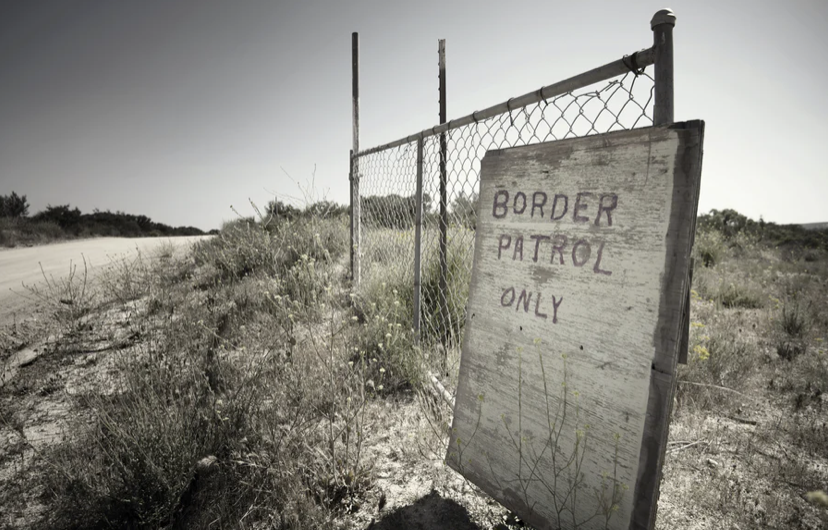 America is back, folks, back and better than ever. When the photos of border patrol agents on horseback whipping and accosting migrants went viral last week, many were quick to point out the parallels between these photos and old Antebellum-era images of white racists attacking enslaved peoples — even Vice President Kamala Harris. She reacted to the images with horror, stating that she was “deeply troubled” by the occurrences in Del Rio, Texas. But it is Harris herself who is in charge of matters at the US southern border; many remember just a few months ago when she stood beside Guatemalan President Alejandro Giammettei and told migrants, “Do not come. Do not come. The United States will continue to enforce our laws and secure our borders.”

Joe Biden touted himself and his administration as a “return to decency.”  “America is back,” he said as the Trump era wound to a close. But in the sphere of migration, the Biden administration’s “return to decency” is sorely lacking. It is not only keeping in place many Trump-era migration laws, but actively appealing a judge’s order that blocks one of Trump’s policies. The specifics of Title 42 authorizes the government to quickly expel migrants without allowing them to apply for asylum because of health concerns. The COVID-19 pandemic is not over and precautions are important; at the same time, the enforcement of current immigration law seems to be a thin veil of “public safety” protecting American citizens at the expense of migrants. The United States government has placed Haiti under a travel advisory, warning Americans not to visit the island nation due to kidnapping, crime, civil unrest, and COVID-19, but we are perfectly fine deporting thousands of refugees, including babies and children, back to to where they had fled, seeking safety and security, without even giving them the chance to explain their case to a court. Asylum is a human right defined under international refugee law, but the Biden administration is currently carrying out what some have called the “the largest mass expulsion of would-be asylum-seekers in recent American history.”

So what is the truth, Mr. President and Madam Vice-President? Do we care for human beings as much as we claim? Why do we rush to “investigate” these issues after they occur — after the brutalization of human beings — but are so hesitant to address the situations and circumstances that lead up to the events in the first place? Namely, America’s “Removal and Return” policies have long been criticized for breaking international law, not just under Trump. The issue is not, fundamentally, border patrol agents on horseback, but rather the institution and legal structures that allow these agents to have the authority to round up and brutalize innocent migrants in the first place. It can be argued, especially with the COVID precautions in place, that the American government is fundamentally an organization to protect the American people. But in this day and age with increased globalization and technological advancements, nothing that we do at home is confined solely to just our home. We cannot continue to advertise ourselves as a beacon of freedom and safety, and then outright reject the people who come to us seeking help, especially not against international treaty, convention, and guidelines aiming to protect the rights of migrants. Above all, our political leaders cannot just keep saying and tweeting empty platitudes about human rights and humanity itself, without taking concrete political action to support their narrative. Actions speak louder than words. The United States needs a fundamental and deep-rooted reform to our immigration laws, ones that have all human rights for all peoples in mind.