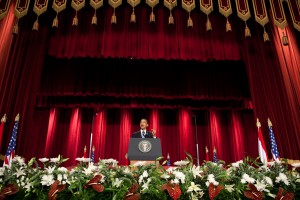 Where is the Barack Obama from Cairo University?

Jeremie Langlois is a FCRH 2016 Political Science major who may be contacted at jablanglois@gmail.edu

40 thoughts on “America’s Relationship with the Middle East”