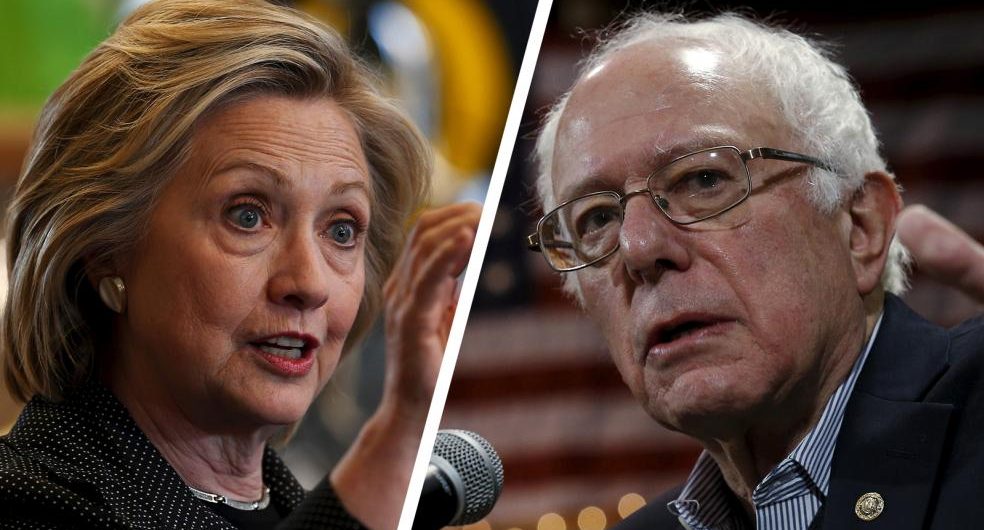 Both the Republican and Democratic Parties are dealing with a voting base divided between establishment and anti-establishment supporters. The Democrats’ problems, though, are more systematic. Specifically, their superdelegate system is seen as a threat to Bernie Sanders’s supporters. In turn, Hillary Clinton’s supporters face the threat that if their candidate is the nominee, the Sanders supporters won’t vote for her, handing the election over to the Republican nominee. If this set up is causing such a problem for the party, should the Democrats just do away with the superdelegate system? Or are there are unrecognized benefits of the system?

So why does the Democratic Party have this system? The DNC had to find a way that both respected the will of the people and ensured that an electable candidate would be nominated. Thus, the superdelegate system was created, and 1984 was the first election year that these unpledged delegates, almost all party officials and elites, were able to use their newfound voting power. This need to find a balance between who the people want and who the party thinks is electable was the result of the Democrats’ failure to get a candidate elected in 1968, 1972, and 1980. There were many factors that contributed to these losses, including the fact that many of the candidates who were nominated were “grassroots” candidates and often had a more liberal ideology than the general public.

On the surface, this may not seem too bad. If anything, the system is a happy medium between grassroots organizations and the establishment. So why is this a problem now? Many Sanders supporters believe that the DNC is rigging the election for Clinton. For example, Sanders won a little over 80 percent of the Alaskan vote, yet the superdelegates in that state are still supporting Clinton. Before former DNC chair Howard Dean tweeted about how superdelegates don’t represent the people, the current head of the DNC clarified that, “unpledged delegates exist really to make sure that party leaders and elected officials don’t have to be in a position where they are running against grass-roots activists.” Considering Sanders’ supporters are grassroots organizers, they saw that comment as a direct attack. Lastly, many of Clinton’s superdelegates had pledged their support before the first primary, thus giving the impression that they weren’t willing to at least see if Sanders had a chance of getting elected in November.

What happens, though, if the system disadvantages the more ‘electable’ candidate? There is some evidence that indicates that Sanders is unfairly being disregarded by superdelegates. Yes, Sanders stems from grassroots campaigning, but there is much evidence which suggests that he would be the more ‘winnable’ candidate in the general election. First, he’s won the global democrats’ vote. Second, the former independent senator won the independent votes. Third, while he didn’t get the votes from the early ballots, he’s won the votes cast on Election Day. Both of those points are important in concern to the general election. Last, he actually beats the Republicans by a greater margin than Clinton in certain polls. Due to those factors, Sanders supporters do not see the superdelegates who are supporting Clinton as doing what is right for the party. Thus, the superdelegates are doing the opposite of what they were intended to do.

The debate over superdelegates didn’t start with Bernie Sanders. In 1984, supporters of Gary Hart had issues with Walter Mondale’s superdelegate lead, especially since he got superdelegate support in states where he lost. Even back in 2008, Clinton originally had a superdelegate lead over Obama before the latter was able to get them to switch allegiances after various mistakes made by the Clinton campaign.

The issue is more contentious within Democratic circles this election cycle because of the #BernieorBust movement. If Sanders supporters follow through with the threat of not voting for Clinton, the Democrats may lose, depending on the Republican nominee. After all, Democrats win in elections with high voter turnout.

Should the Democrats get rid of the system, especially since a lot of problems are being posed by it? Not necessarily. Superdelegates have the potential to be advantageous to both the party and the people. Still, the system has flaws which need to be addressed.

What are these benefits? For one, the system is biased towards a more moderate candidate because the moderate choice is seen as a safer bet. Most Americans, both conservatives and liberals, lean towards the center, along with about 35 percent identifying as strictly moderate. From a practical standpoint, a moderate candidate can attract more votes. The system also prevents an ideologue from gaining power. The current grassroots movement for Sanders isn’t an example of some maleficent ideologue since most of his ideas have already been implemented in other countries, with much success. But history is filled with examples of extremists with hidden platforms who had ran successful grassroots campaigns at the right moment in time. There are also examples of where other countries elected extremist leaders much to their disadvantage. Whether or not an evil, radical person can reasonably hijack the liberal democratic base may be up to debate. Still, the system does act as a safety measure just in case one does.

Despite the advantages of superdelegates, the system has its problems. One issue is that it’s sensitive to what the party deems as “safe” politics. That means that the DNC determines which candidate will be the most appealing to the general public. For this election cycle, that candidate is Clinton and it’s easy to see why. Not only does Clinton identify as a moderate, but she has a lot of name recognition. Putting aside Clinton’s other qualifications, the fact that she isn’t as extreme as Sanders already makes her the safest bet. What would happen though if the majority of Democrats shifted farther to the left? Then center-left would be viewed as more conservative due to the ideological shifts. This would mean a traditionally moderate candidate might not win the election. There is evidence suggesting that the American public is becoming more polarized. So, the Democratic Party elites have to be careful that the person they choose is in line with the majority’s politics. If more and more people identify with the radical left, then the party could end up losing that part of their base. Thus, the superdelegates would be failing at their goal to get a democrat elected into office.

The superdelegate system can also undermine democracy. Sanders has proved that he can win a general election and is still not gaining superdelegate votes in states where he wins. Perhaps by the end of the primary/caucus season, Clinton may actually have the more popular vote. Right now, she has 250 more pledged delegates than Sanders. However, if Sanders catches up but Clinton still wins due to her massive lead in superdelegates, there will be a perception that the elites are only doing what’s benefitting them and not the people. Not only could the Democrats risk losing their progressive base, but this would obviously be a bad reputation for an American political party to have.

So how can the Democrats maintain a balanced system without alienating their left leaning members? The answer to that question really depends on the context. What may be true for 2016 may not be true for 2024, based on who’s running. Right now, Clinton and Sanders have the party split. This means the superdelegates have more clout than usual when it comes to swinging the vote. If the superdelegates pick the wrong candidate, they risk not having a unified party at the convention.

This conclusion, though, is based on the latest polls. There are still many pledged delegates that need to be won before the Democrats convene in Philadelphia in July. If Clinton can increase her lead over Sanders and show that the majority of voters want her (and not just those who voted early before they heard of Sanders) then this superdelegate situation is inconsequential. But if the Sanders campaign is able to get the majority of voters behind him, then the superdelegates need to take that into consideration or risk alienating most of the party and possibly cost them the election.

Overall, the Democrats should keep the system because there may come a time when an unelectable and possibly dangerous candidate gains traction (as one has in the Republican Party). The establishment must realize that Bernie Sanders isn’t one of those candidates, or at least for now hasn’t done anything to indicate that he is one. So while the superdelegates can vote for whomever they want, they should consider the consequences of going against the non-elite majority. Perhaps it would benefit them in the end to listen to public opinion.