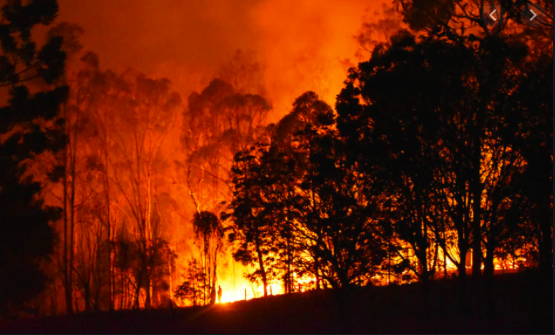 Climate change is here, whether we like it or not.

The list goes on, and it will never stop until we acknowledge that climate change has become a crisis. We know the facts, we are witnessing its effects, and we know the solutions. Then why are so many people suffering from the catastrophic effects of natural disasters exacerbated by climate change?

The answer is simple: the failure of international cooperation to form a global solution to mitigate climate change.

The 2015 Paris Climate Accord is a landmark agreement between 197 countries to keep global warming below 2 degrees Celsius above pre-industrial levels and to pursue efforts to limit it even further to 1.5 degrees Celsius. 184 of these countries made nationally determined contributions (NDCs) to reduce greenhouse gas emissions, such as CO2, which accounts for 65% of global GHG, to meet the Paris Agreement’s goals. However, almost 75% of these non-binding pledges are insufficient, according to a report written by world-class climate scientists.

The top four emitters–China, the U.S., the E.U., and India–contribute to 56% of greenhouse gas emissions, yet three out of four play almost no role in reducing emissions. China and India’s CO2 emissions have increased tremendously and are expected to increase due to rapid economic growth. As the second-largest emitter, the United States’ pledge is not only insufficient but also unreliable. The Trump Administration’s decision to pull out of the 2015 Climate Agreement has overturned federal regulations meant to reduce emissions and left the task to state and local governments.

The European Union is the only high emitter on track to meet its goals, with a 60% reduction in GHG emissions by 2030—more than the 40% they had pledged. The fifth highest emitter, Russia, is among the thirteen countries that have not yet made a pledge.

It is no surprise that the wealthiest countries are also the highest emitters. But almost none of these countries are leading the effort in tackling climate change. The ramifications of climate change are disproportionately impacting developing countries with poor economies and unstable governments.  According to a Stanford study, economic inequality between the richest and poorest nations is 25% higher than it would have been without global warming. The poor are paying the price for the economic growth and industrialization of the rich, further deepening the existing socio-economic inequalities.

Southern Africa is experiencing the worst drought in almost a century, leaving 45 million people in urgent need of assistance. As a result of the 2019 cyclones Idai and Keneth, more than 500,000 people in Mozambique continue to live in demolished houses, and 88,000 have been displaced. In Zimbabwe, over 33,000 people remain displaced, while more than half of the country’s population is battling food insecurity due to climate change and hyperinflation.

Three out of four people living in developing countries rely on agriculture as a source of food and income. In the United States, 91% of farmers have insurance coverage while only 15% of those in India and just 1% in most low-income countries are covered. Therefore climate change – extreme weather changes and natural disasters – is a threat to their livelihoods.

In September 2018, the Sistan and Baluchestan province in southern Iran experienced extreme droughts. Local farmers endured 200 consecutive dry days––forcing many to flee to other parts of the country. In January 2020, the province was hit by massive floods, destroying around 20,000 houses in 500 villages.

The Sistan and Baluchestan province is one of the most underdeveloped regions in Iran, with an almost entirely agrarian economy. Due to the recent floods, farmers have lost their livestock and crops, which have caused substantial financial damage to an already impoverished area. As the unemployment rate drops, drug trafficking and child marriage have become another source of income.

The intersection between climate change, poverty, and social inequality cannot be ignored. It is almost impossible for developing countries to flourish if the climate crisis is not addressed immediately. The cycle of poverty will not only continue to grow but also push millions of people deeper into poverty.

Climate change is a global crisis, and every country needs to contribute to the fight. However, 69% of the 184 pledges made in 2015 are partially or entirely conditional, meaning they cannot be implemented without financial and technical support. The majority of these pledges were made by developing countries that lack the resources to reduce emissions.

According to the U.N.’s Intergovernmental Panel on Climate Change (IPCC), in order to keep global warming below 1.5°C (2.7°F), it requires reducing global greenhouse gas emissions by 50 percent by 2030. The wealthiest and highest emitters must agree to stronger legally-binding climate commitments and support the most impoverished countries with resources necessary to create a sustainable future.

Climate change is not only a threat to our existence and our environment but also a threat to international justice that we must make every effort to protect. Our global community is in danger, and only through scientific-based international cooperation can we save Mother Earth for future generations.