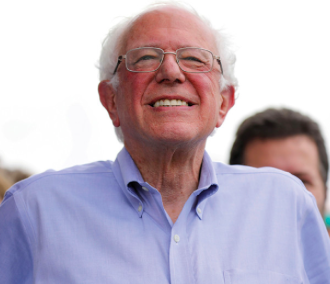 For a sizable portion of the voting public, Bernie Sanders represents the radical wing of the Democratic Party. Often times, his perceived extremism disqualifies him as a viable candidate in the eyes of the public. For a lot of voters, moderate candidates are considered more sensible because of their electability. However, identifiers like “moderate” and “radical” are often times mischaracterizations and arbitrarily narrow the window of acceptable political discourse. Accusations of extremism against Bernie Sanders assume that his platform exists on the far-left of the political spectrum. Characterizing his progressive policies as radical or extreme only serves to maintain an unsustainable status quo.

In order to understand the reality of politics in the United States, one must first understand the Overton window. The Overton window is an abstract concept that describes the range of ideas that are considered politically acceptable to the general public at some given time. Ideas that fall outside of this window are usually considered extreme or even unthinkable. Over time, the Overton window shifts right or left depending on the political consciousness of the general public. For the United States, the window of acceptable discourse has moved gradually right overtime, originating with the election of Ronald Reagan. This phenomenon is best explained by the steady rise of American conservatism since the 1980s. Generally speaking, the rise of the right has continued into the 2010s culminating in the election of Donald Trump. As a result, the Overton window in the United States is heavily skewed to the right, especially when compared to other developed nations. For example, universal health care is considered a left-wing idea in the United States, while in Western Europe it’s a relatively centrist concept.

So what does this have to do with Bernie Sanders? Sanders is seemingly representative of a far left-wing movement in the United States, but, in reality, his positions are relatively moderate especially when considering the world at large. If he were to run for office in a country like France or Germany, he would be considered a center-left candidate. Sanders is only considered radical in the United States because he occupies the left-most section of its Overton window. While in America, Democrats and Republicans represent the left and right side of the political spectrum respectively, a more global perspective suggests that most American Democrat politicians are closer to the center.

When media pundits describe Sanders Platform as “extreme” or “radical,” it only serves to reinforce misconceptions about the reality of American politics. Even describing him as “left-wing” misunderstands actual left-wing beliefs. When compared to actual leftists, i.e. Communists and Anarchists, Sanders’ platform is unquestionably moderate. Until he starts calling for the reappropriation of private property or public ownership of industry, Sanders shouldn’t be considered anything more than a center-left candidate.

To discredit progressive ideas on the basis that they are too radical or extreme ultimately serves to reinforce the status quo, and currently, the status quo is unsustainable. With the onset of climate change, immense income inequality, and mounting medical debt; the United States has to make drastic changes. In order to create a more just, humane, and equal society, the confines of the Overton window must be overcome.