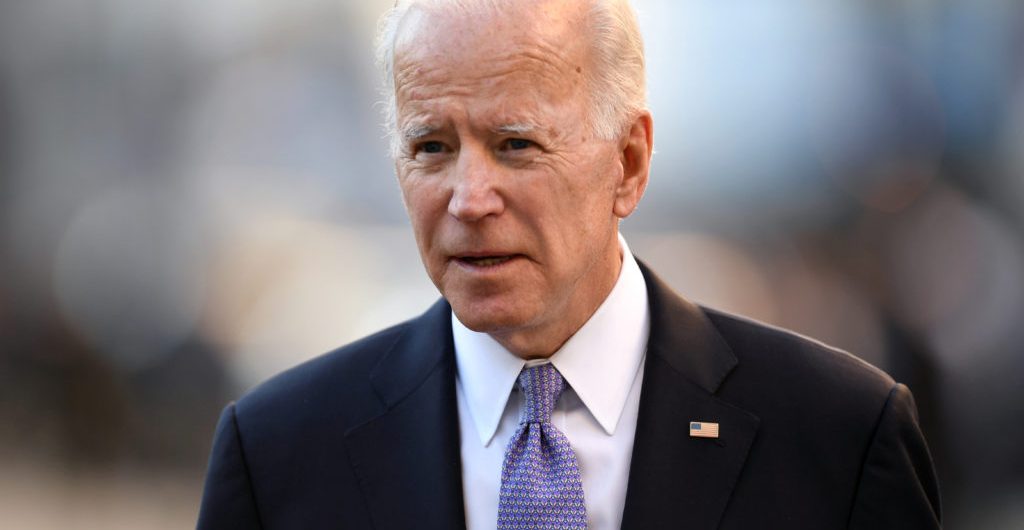 Joe Biden is a product of old school politics. These old school politics reflect a different time, when society accepted all-white and all-male business rooms and political leaders. When it was typical that the body language of male senators “more closely resembled that of men in a bar than it resembled what one might expect of straight-laced law makers.” Society, especially within the Democratic party, is shifting away from the old way of doing business within politics and looking towards newer attitudes, methods, and politicians that reflect a more progressive and inclusive way of thinking. A large minority of members within the Democratic party are increasingly shifting even more to the left. Examples of this are seen in the rise and popularity of Senator Bernie Sanders and Representative Alexandria Ocasio-Cortez. Biden maintains a position among traditional, establishment Democrats.

Biden and his old school politics were revealed during his handling of the Clarence Thomas hearings. Biden was chairman of the Senate Judiciary Committee for the confirmation hearing of Justice Clarence Thomas in 1991. During the hearing, Anita Hill came forward to reveal Thomas had sexually harassed her in the workplace as her supervisor in the Department of Education and Equal Opportunity Commission. As chairman, Biden failed to protect Hill from aggressive attacks from members of the judiciary committee, forced her to recall and repeat the incidents instigated by Thomas multiple times, and did not allow time for all witnesses to come forward in defense of Hill’s allegations. Biden appeased to the all-white, all-male judiciary committee and did not properly protect Hill and her testimony. Since then, Biden has expressed his remorse for how he handled the hearings but has yet to apologize directly to Hill. With the recent hearings of Dr. Christine Blasey-Ford and Justice Brett Kavanaugh eerily echoing those between Hill and Thomas, the public has been reminded of Biden’s shortcomings of the past.

More recently, Biden’s old school ways have been revealed in the stories of six women who have come forward to express their discomfort with the former vice president. Lucy Flores, the first woman to come forward, expressed in a piece published on March 29, 2019, that Biden inappropriately touched and kissed her and that it resulted in making her feel “uneasy, gross, and confused.” This occurred in November 2014 at her campaign rally for lieutenant governor of Nevada. Flores continues to state that she felt she did not have an outlet to confront Biden, seeing that he was one of the most powerful men in the country. Flores also felt that since it didn’t fit into many people’s image of sexual assault, they would downplay the impact it had on her. Flores coming forward with her story instigated six other women to also come forward.

These women are Amy Lappos, D.J. Hill, Caitlyn Caruso, Ally Coll, Sofie Karasek, and Vail Kohnert-Yount. All women shared encounters with Biden similar to Flores’ story. Kohnert-Yount commented that Biden’s behavior is “the kind of inappropriate behavior that makes women feel uncomfortable and unequal in the workplace.” In a similar tone, Coll stated, “There’s been a lack of understanding about the way that power can turn something that might seem innocuous into something that can make somebody feel uncomfortable.” While Biden’s inappropriate behavior with these women may have been accepted in the past, the new era of politics is not as forgiving. Since the spread of the #MeToo movement in 2017, countless women and men have been empowered to share their stories of sexual harassment and assault. While many assumed the popularization of the #MeToo movement would eventually drop and fade into the background, the survival of the movement has proven that sexual harassment and assault survivors, especially within the workplace, will no longer stay silent. Flores, Lappos, Hill, Caruso, Coll, Karasek, and Kohnert-Yount prove that inappropriate conduct and touching like Biden’s will no longer be tolerated in the political scene.

The experience of these women cannot be minimized and are important to understand the era of politics that Biden is from. Biden released a video statement on Twitter, where he discusses the changing social norms and his need to adjust to the new definitions of personal space. Within the video, Biden does not apologize to the women who have come forward. While Biden pledges to alter his behavior, he blames the situation on the “reset” of boundaries in-regards-to personal space. If the #MeToo movement has revealed anything, it’s that these boundaries have always been there, they just haven’t been respected or acknowledged in many circumstances. The biggest take away from the video is that Biden is working to change his ways because of societal pressure, not because he understands the discomfort he imposed on these women. Biden is too representative of the way things used to be, and not the way things are going. The Democratic party needs a nominee that is reflective of the newer societal standards.