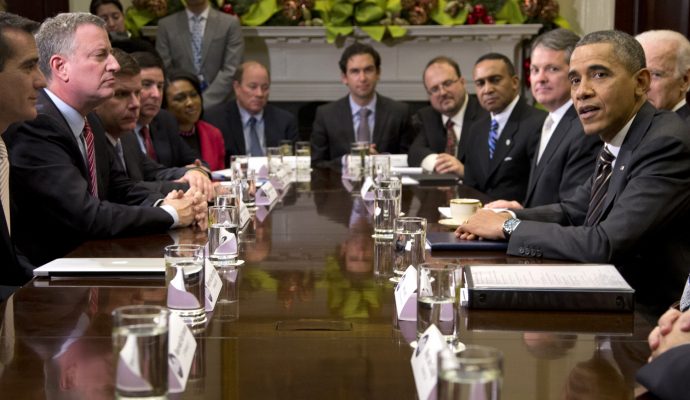 CORRECTS TO LOS ANGELES MAYOR ERIC GARCETTI, SECOND FROM LEFT – President Barack Obama, accompanied by Vice President Joe Biden, speaks to the media before a meeting with mayors and newly-elected mayors from across the country, Friday, Dec. 13, 2013, in the Roosevelt Room of the White House in Washington, to discuss job creation and ensuring middle class families have a pathway to opportunity. Across the President, from left are, Minneapolis Mayor-elect Betsy Hodges, Los Angeles Eric Garcetti, and New York City Mayor-elect Bill de Blasio. Flanking White House Senior Advisor Valerie Jarrett is at right. (AP Photo/Carolyn Kaster)