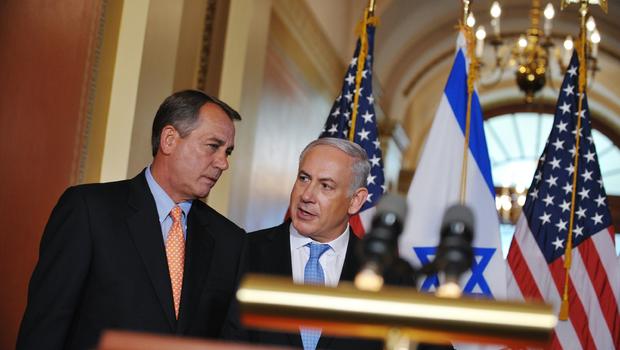 Over the last few weeks, there has been significant political dispute between the White House, Congressional Democrats (and some Republicans) and House Speaker John Boehner after the Ohio Republican extended an invitation to Israeli Prime Minister Benjamin Netanyahu to speak before Congress in March. The Speaker did this without consulting with President Obama or any White House official.

Critics on the left (and a few on the right as well) have slammed the political maneuver for several reasons, the primary one being that foreign policy powers lie solely in the hands of the executive branch according to Article II of the United States Constitution. Secondary criticisms include the fact that recent relations between the White House and Netanyahu have been strained at best and volatile at worst, making Boehner’s move appear more a strategic attempt to undercut the president in foreign policy than an honest attempt at building on the Congressional relationship with the Israeli Prime Minister. Recent polls show a large majority of Americans – some 63% of them – disapprove of the invitation, further calling into question the motives behind Speaker Boehner’s offer.

The theory that Speaker Boehner extended the invitation in order to undermine this White House’s relationship with Israel makes sense, as President Obama has recently made strides in nuclear disarmament talks with Iranian officials. While this use of soft power has proven surprisingly effective in an age of provocative Middle Eastern geopolitical strife, President Obama’s efforts angered Netanyahu, and it is thought that significant parts of the latter’s Congressional address will reiterate the dangers of Iran, possibly undermining the president’s efforts to negotiate.

The White House’s official reason for disagreeing with the invitation is that Netanyahu is only weeks away from seeking reelection in his home country. U.S. policy has historically been to avoid direct and public communication with any candidates seeking democratic election abroad, so as not to appear partial towards one candidate over another. Although the idea of the United States adhering to strict avoidance in influencing Middle Eastern politics is somewhat laughable at this point, the Obama administration does have technical diplomatic protocol on its side, adding another layer of questionability to Speaker Boehner’s invitation. Interestingly enough, the Speaker’s invitation to Netanyahu is not the first time another branch of government – other than the executive – has waded into the U.S.-Israeli relationship this year.

In November, the Supreme Court took up a case (Zivotofsky v. Kerry) concerning a 2002 law allowing Americans born in Jerusalem to list “Israel” as the designated home country on their passports, despite the fact that the United States has never acknowledged Israeli sovereignty over Jerusalem since the nation seized it along with the West Bank in 1967. The facts of the case are fairly simple: Menachem Binyamin Zivotofsky was born in Jerusalem on October 17, 2002, and his family applied for his passport using “Israel” as his birthplace. After the State Department denied the request, the lawsuit followed.

Although the law was passed in 2002 and signed by then-President George W. Bush, he added a signing statement to the bill that it interfered with the president’s “constitutional authority to … determine the terms on which recognition is given to foreign states.” President Obama’s administration has maintained the same stance on the law and refuses to enforce it. That the Court took up the case at all was surprising for two reasons: first, the Court rarely ever takes a case that could have foreign policy implications in any way; second, the Court had already heard a different version of the case in 2012, though it did not lead to any legal remedy in the lower courts.

Over the course of litigation, lower courts at first denied resolving the issue, as they ruled it involved a political question (Israeli sovereignty over Jerusalem) unsuitable for them to answer. The Supreme Court reversed that decision in its 2012 opinion (Zivotofsky v. Clinton), and sent the case back to the lower courts, which still could not agree on a legal remedy for the case. In November, the Supreme Court heard the case on its actual merits and not simply the non-justiciable political question.

The attorney for Zivotofsky, Ms. Alyza Lewin, argued the law did not amount to granting sovereign recognition of Israel over Jerusalem – which would be a clear violation of the executive’s foreign policy powers – but simply allowed for individuals born in that region to self-identify as citizens of Israel. Justice Anthony Kennedy had several pointed questions for her on this argument, centering on his apparent disbelief that the law’s intention was not to grant recognition of Israel’s sovereignty over Jerusalem. Justice Elena Kagan, too, had a series of critical questions for Ms. Lewyn, primarily directed at the fact that the State Department, as a bureaucratic offshoot of the executive, cannot be commanded by the legislature to issue passports in a fashion of Congressional preference at odds with the executive. As mentioned above, Congress has little to no constitutional control over the State Department or foreign affairs. Justice Ruth Bader Ginsberg chimed in and asked if Palestinians born in Jerusalem were allowed to have “Palestine” designated as their place of birth on their passports; Ms. Lewyn’s answer, in short: “no.”

Justices Sonia Sotomayor and Stephen Breyer had the most fundamental disagreements with Ms. Lewyn’s arguments. Justice Sotomayor specifically found problems with the sensibility and legality of the legislation, stating her understanding that it’s “a federal crime to lie and say you were born in the United States if you [are] not … The United States does not usually allow individuals to self-identify in that way. I mean, they can self-identify all they want, but can they really do that [legally]?” Justice Breyer summed up his dilemma while referencing the Foreign Affairs Manual and the State Department, asking how, as a judge “can I tell the people at the State Department, who we consider experts, that they are wrong when they say [it could have repercussions], which certainly seems plausible?”

Although Justices Antonin Scalia and Samuel Alito did combat the other justices in appearance of some favorability toward Zivotofsky’s case, the majority of the arguments revolved around the Court’s hesitance at the idea of the judiciary allowing the legislature to override the executive branch’s power and authority over foreign policy.

While the opinion in the case has not yet been released and therefore could still rule in favor of Zivotofsky, it is refreshing to hear such rhetoric on balance of power coming from any branch of the United States government. The truth is, U.S. foreign policy has long been dictated by an agreed-upon fact: we, as a nation, speak with one, clear, distinct voice, and that voice belongs to the president. Many of the sitting justices pointed out just that, and indicated that simply because they had the power to enter into the foreign policy debate regarding Israel did not mean that they necessarily should; instead, many appeared to advocate deferring to the State Department.

It would be prudent of House Republicans to follow the Court’s lead. If we allow our polarized party politics to influence our national interests abroad, we will appear incredibly weak to nations around the world. Much of the last six-seven years in Congress have centralized around a key theme: stop the other party from garnering any political success. Whether it be improving the lives of the American people, achieving more stability abroad or merely keeping the government from shutting down, these politicians believe that refusing to allow any achievement under the leadership of a Democratic White House or Republican Congress is necessary to keep winning elections. American party politics have become less about building up one’s own resume and more about preventing one’s opponent from building up his or her own. This kind of politics – politics without compromise, and without any serious efforts to obtain it – is not politics; in fact, it is apolitical. The loser in this situation is the American citizen.

By nature, politics require debate, not name-calling; compromise, not shutdowns; construction, not destruction. Foreign policy must be one arena of American politics that remains off-limits to the polarized nature of Republican-versus-Democrat vitriol and underhandedness. This is not a Democrat or Republican issue – it is an American issue. In order to remain strong in this realm, the United States must always speak with one, clear voice, no matter who is sitting in the Oval Office. Take note, Speaker Boehner: that voice belongs to our president.