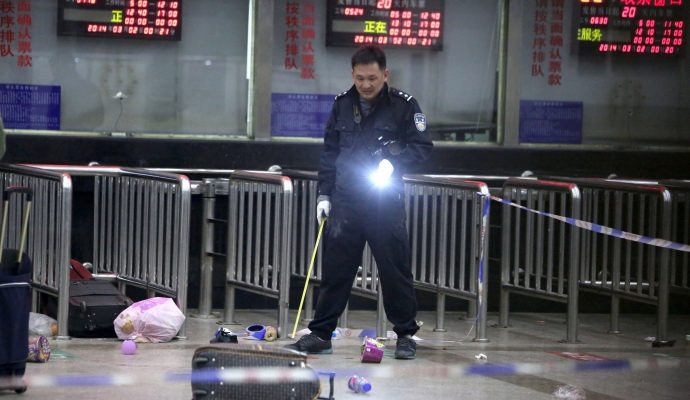 A Chinese police investigator inspects the scene of an attack at the railway station in Kunming, southwest China’s Yunnan province, on March 2, 2014. A mass stabbing at a Chinese train station late on March 1 left 28 people dead and 113 injured in a “violent terrorist attack”, state media said. AFP PHOTO – CHINA OUT STR/AFP/Getty Images