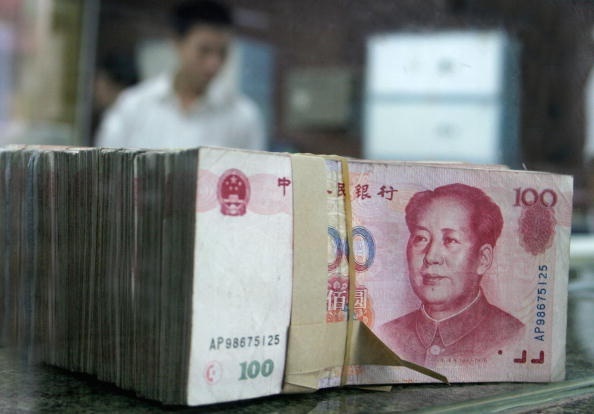 Unless you have been living under a rock for the past few years, you probably already know that The People’s Republic of China is growing in both power and influence. In the second quarter, China overtook Japan as the second largest economy. This lead is likely permanent as China is growing at a much faster rate than Japan, about 10% annually.

The importance of the U.S.-China economic relationship has never been so clear. With a population of over 1.3 billion, China is the fastest-growing major overseas market for the United States. However, major challenges to optimal economic cooperation still remain, and to an extent have been escalated by recent quarrels over China’s currency manipulation. The undervalued renminbi helps China’s export sector by making foreign imports more expensive, and Chinese exports cheaper in foreign markets. It also encourages outsourcing production and jobs from the United States, contributing to unemployment here at home.

However, the Chinese government’s recent criticisms of the Federal Reserve’s recent second round of Quantitative Easing reflects the growing imbalances between the world’s emerging and mature economies. China alleges that the Fed, by acting to inject liquidity into U.S. markets through large scale bond purchases, has threatened to destabilize the world’s monetary system. China’s criticism is a deflection of its continued devaluation of the yuan, spending nearly $1 billion U.S. dollars each day to keep its currency pegged to the dollar. While many have argued that this persistent currency manipulaiton has hindered a U.S. export-driven recovery, the real issue at hand may be the growing divide between fiscal and monetary policy in the world’s largest economies.

QEII has prompted a massive influx of investors into emerging market bonds, searching for lower yields. Put off by the paltry yields on Treasuries, investors have flocked emerging market debt—the Brazilian Real is currently priced to yield 10%. Brazil and Indonesia have joined China in criticizing the Fed for promoting the creation of asset bubbles in emerging economies, positing that they are vulnerable to potentially volatile capital inflows. As the world’s mature economies, the U.S. in particular, drift into a dangerous “liquidity trap,” in which a lack of consumer demand coupled with banks’ conintued reluctance to lend is little affected by increases in the money supply, QE has driven short-term, hot money inflows into high yielding emerging economies. Yet, it is important to note that while world’s emerging economies have only begun to use traditional instruments of monetary policy, mature economies have all but exhausted these traditional maneuvers. This growing divide has pitted the growth and recovery of mature and emerging economies against one another. The former are coping with deflation, the latter with inflation. The Fed’s latest round of QE has only aggravated this chasm.
The U.S. House of Representatives recently passed the Currency Reform for Fair Trade Act, which aims to influence China’s undervalued currency by targeting Chinese imports to the United States. World’s second biggest exporter, Germany, recently urged China to loosen controls on the yuan’s exchange rate, warning that a trade war could result between competing export nations by keeping their currencies weak.

China has shown that it is not immune from international pressure. Since June 2010, the government has allowed some appreciation, causing the yuan to gain 2.5 percent against the dollar. In an attempt to ward off international criticism of China’s undervalued currency and bolster it’s image, the country is slowly moving towards efforts to boost domestic demand among its growing middle class. This move in the long run will likely increase domestic consumption, and decrease China’s dependency on exports, causing the yuan to rise in relation to other major currencies.

Fed Chairman Ben Bernanke has expressed his faith a particular economic phenonmenon known as the wealth effect, which posits that by buying bonds, the Fed will push investors into equity markets, thereby boosting consumer wealth and increasing market confidence, a scheme that the Fed believes will translate into larger economic recovery. However, the more important question may be whether the Fed’s desire to spur inflation will offset any increases in consumer spending. Inflation may occur in oil, cotton or food prices, which would undermine the very aims of the Fed’s actions in the bond market.

On September 16th, 2010, Treasury Secretary Timothy F. Geithner testified before the Senate Banking, Housing, and Urban Affairs and House Ways and Means Committees. Mr. Geithner outlined the U.S. government’s three core objectives in China; those include encouraging China to change its growth model to rely more heavily on domestic demand, moving towards a market determined exchange rate, and leveling the playing field for U.S. firms and service providers to better able to compete in China.
This will mean bigger opportunities for U.S. companies exporting goods and services to China. This is particularly important as exports are one of the few bright spots and are becoming an increasingly important part of the equation that is driving growth in this economy. United States exports increased 17.9 percent during the first seven months of 2010. The bulk of the growth is attributed to U.S. exports to China, which exceeded $53 billion so far this year. This growth is in line with President Obama’s National Exports Initiative, an ambitious effort to double U.S. exports and create 2 million jobs by 2015.  An Undervalued Chinese currency remains an obstacle in this plan, and will likely continue to be a point of contention between the two largest economies. Mr. Geithner is optimistic about China’s currency policy and contends that the nation will continue to move towards a stronger yuan. A Chinese currency that accurately reflects economic fundamentals is not only in the interest of the United States and the world, but also China. It would go a long way towards fighting inflationary pressures that the nation is facing, as well as increase the purchasing power of Chinese people.
-Dariusz Bialuski ’12

2,079 thoughts on “China’s Devaluation of the Yuan: A Global Economic Imbalance”