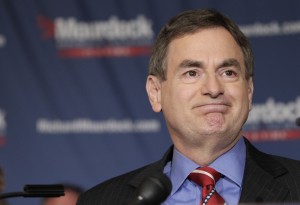 A glance at the 2012 election results would seemingly signal disaster for the Republican Party. Barack Obama defeated GOP candidate Mitt Romney and won a second term in the White House. The Democrats widened their majority in the Senate. A Republican majority in the House was diminished. Such results are disappointing to young Republican Romney supporters including myself who were despondent on November 7th. As a nineteen year old, this was the first election that I followed closely or understood, and Mitt Romney was the first politician that I had fully supported in my life, not to mention voted for. After the initial heartbreak receded, it became apparent that the Republican Party ought to learn from its mistakes rather than persist in its sorrow. Barack Obama’s reelection could stand as a blessing in disguise if Republicans are able to see 2012 as a learning experience – to understand it as a referendum on staunch social conservatism that alienated voters.

There were many factors that led to the GOP’s failure. For many, Romney’s “47%” comment was the dagger. Others point to Obama’s Chicago campaign headquarters, which launched personal attacks on the former Massachusetts governor early and often. Two defining moments of the Republican failure in 2012, however had nothing to do with Mitt Romney. They were statements uttered by Senate candidates. Republican Senate Candidates Todd Akin and Richard Moudark undermined the Republican cause in 2012 with statements that deflated their campaigns, as well as the Republican party of any credibility.

Todd Akin, a Missouri congressman who ran for his state’s senate seat against the incumbent Democrat Claire McCaskill, destroyed any chance the Republicans had of picking up an easy senate seat when, on April 19th, he told talk show host Charles Jaco of FOX2 cable network in St. Louis that “if it’s a legitimate rape, the female body has ways to shut that whole thing down.” Congressman Akin was referring to rape-induced pregnancies, in response to Jaco’s question as to whether abortion should be permitted in cases of rape. Akin’s response caused a firestorm. The public, even many Republicans, were outraged and called on Akin to drop out of the race. The senate candidate remained steadfast however, and ended up losing handedly. The final results of the Missouri senate race indicated that McCaskill won with 54.7 percent of the vote to Akin’s 39.2 percent. Contrast this with Akin’s pre-abortion comment poll numbers that had him up six point and it becomes clear the damage that social ultra-conservatism has on the electorate’s voting behavior.

An almost parallel situation could be seen in the Indiana senate race between Democrat Joe Donnelly and Republican Richard Mourdock. What had been a very competitive race in Indiana became rather lopsided when Mourdock, like Akin made a controversial remark regarding rape and abortion. During a late October debate with his Democratic opponent, Mourdock, when commenting on whether abortion should be permitted in instances of rape, said that “life is a gift from God and even when life begins in that horrible situation of rape then it is something that God intended to happen.” Donnelly, who was virtually deadlocked with Mourdock prior to the debate, ended up defeating the Republican rather handedly – another instance in which an unnecessarily conservative viewpoint erased enthusiasm for a Republican candidate.

Although Mitt Romney uttered no such statement on abortion, a large portion of would be voters grew suspicious of the governor, and of the Republican Party as a whole. Pundits from the left successively used two radical right-wing statements and associated them with the entire Republican Party. The Obama Campaign’s success should signal to the GOP that they will have to distance themselves from such a staunch brand of social conservatism if they are to win votes in coming elections. This isn’t to say that they should abandon their principles.

Even social conservatives recognize that there is a difference between being pro-life and saying that women can prevent rape induced pregnancies or that life resulting from rape is a gift from God. The pro-life position is part of the Republican identity, but it’s moved so far to the right that candidates are now comfortable with stating their opposition to abortion in cases of rape. Such unnecessarily conservative social positions are easy ammunition for the opposition and a bad stigma for would be Republican voters.

There are many fiscally conservative, and relatively socially liberal voters in the Republican base. As part of the electorate, the number increases every year. The Republican message of fiscal responsibility appeals to these individuals, but the social views of the far right are alienating and end up diminishing the Republican vote count. How else can Mitt Romney’s loss be accounted for? Consider the subpar economy and a slew of Gallup polls leading up to the election that saw a majority of voters both say the economy was their number one issue and that Mitt Romney would be best apt to fix the nation’s economic woes and it’s almost implausible that he could have lost.

Republicans must recognize that the times are changing. Mitt Romney was not particularly vocal about social issues, but the Obama campaign was able to paint him as the antithesis to women’s, immigrants’ and gay rights, which was key to its victory. There are still a great number of fiscally conservative American voters who value free enterprise and economic responsibility, but the number of far-right social conservatives has diminished when it comes to issues such as abortion rights, gay marriage and immigration. The most recent Rasmussen poll indicates that 54% of individuals regard themselves as pro-choice, as opposed to 38% pro-life. The Republican Party should not see this as a referendum on their sentiments towards abortion, but virulent opposition to it, even in cases of rape, is not productive.

In addition, Election Day saw Maryland, Maine and Washington approve gay marriage, preceded by an October 18th Gallup Poll that saw only 13% of LGBT (Lesbian, Gay, Bisexual, Transgender) Americans identifying themselves as Republicans. Romney did win a fair share of female votes—but mostly from married, white women. His inability to appeal to unmarried women cost him, and he only won 30% of their vote. Similarly, Obama won 75% of the Latino vote, a demographic that encompassed ten percent of the electorate in 2012, beckoning the GOP to soften its hardline view towards immigration (Romney’s primary season call for “self-deportation” comes to mind) if the Hispanic vote is to be in play for them.

It’s obvious that the electorate is changing, and if the Republican Party wants to win votes in the future, it’s going to have to move to the center on a number of social issues. They lost to an incumbent who saw a sub-40% approval rating for his handling of the economy, creating jobs and the budget deficit. Although hardline social conservatism, such as that espoused by groups like the Tea Party helped propel the GOP to a House sweep in 2010, it’s now become an obstacle. More and more voters are starting to see the GOP not as the party of economic responsibility but of religious fundamentalism. Republican politicians like Todd Akin, Richard Mourdock, Rick Santorum and Michelle Bachman are diluting the fiscally conservative element of the GOP, that element that characterized the success of the Reagan administration. A conservative platform consisting of economic responsibility, free enterprise, limited government and a strong military, rather than the one now that restricts someone from marrying who they’d like or getting an abortion if they’re raped, will put a Republican back in the Oval Office in 2016.