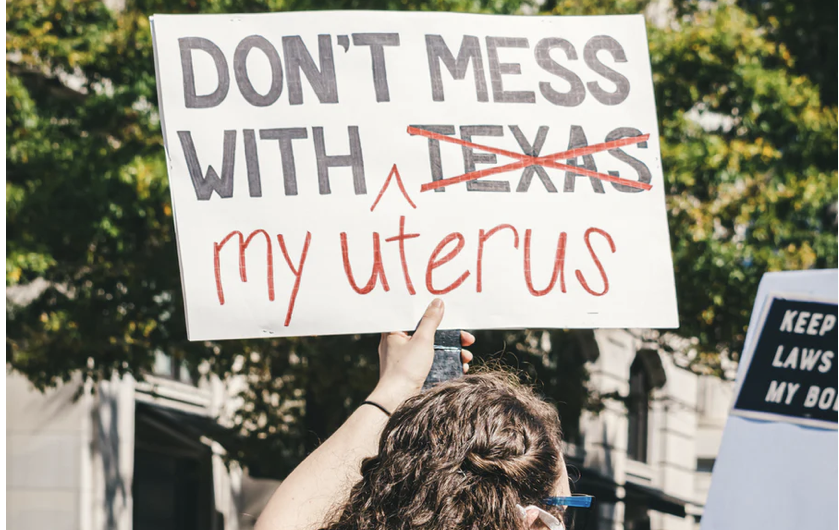 It’s that time of year again! As of October 4, 2021, the Supreme Court began its term with 6 Republican appointees dominating the bench. They will confront many hot topic issues including the expansion of gun laws and the ever-fading separation of church and state.  Yet given the conservative composition of the court, the debate concerning the constitutional right to abortion is perhaps the most important, as we very well may see the overturn of Roe v Wade.

In 1973, Roe v. Wade marked a massive turning point in the persisting fight for women’s rights. The court struck down a Texas statute that made it illegal to perform an abortion unless a woman’s life was at risk. They found that the Fourteenth Amendment’s conceptual right to privacy was “broad enough to encompass a woman’s decision whether or not to terminate her pregnancy” and as a result, deemed any law strictly limiting abortion unconstitutional. This was monumental because at that point in America, 30 states had laws banning abortion entirely and 16 states banned abortion except in the circumstances of rape, incest, or motherly health threat. The decision made abortions safer and more accessible, which in turn decreased the number of illegal abortions from 130,000 in 1972 to 17,000 in 1974. Furthermore, Roe v. Wade set a legal precedent that affected numerous Supreme Court cases which involved imposing restrictions on abortion, like Planned Parenthood v. Danforth and Stenberg v. Carhartt.

Regardless of the 77% percent of Americans who believe Roe v. Wade should be upheld, Republicans still continue to fight against a woman’s right to choose; and with the new conservative supermajority in the Supreme Court, they may soon see victory. The conservative justices have all, at some point in their respective political careers, taken strong stances against abortion. In fact, Amy Coney Barret and Brett Kavanaugh, two of the six Republican appointees, were appointed by Trump partially on the promise that they would work against the right to abortion. Trump told Fox & Friends that he would install Supreme Court justices who would overturn Roe v. Wade, and this term we will likely see if he was successful in that through the contemplation of  Dobbs v. Jackson Women’s Health Organization.

Dobbs v. Jackson Women’s Health Organization challenges the Mississippi law that forbids abortions after 15 weeks. Additionally, the law imposes restrictions that no other type of medical care in Mississippi state is subject to. For example, the law requires a two-trip requirement (a woman makes two separate trips to and from the clinic before obtaining an abortion) along with a mandatory 24-hour delay (a woman must delay their abortion 24 hours after receiving state mandated information). It is important to note that these restrictions apply to women in Mississippi, the poorest state in the nation (poverty rate of 20%) with the highest percentage of women in poverty of any state. Many women in Mississippi cannot afford to take this much time off of work to have an abortion in the state nor take the time off work/do not have the resources to travel for this medical procedure. Clearly, these laws do not aim to increase the safety of abortions or even regulate them, but rather work to eliminate the option entirely.

Mississippi is not the only state seemingly emboldened by the conservative supermajority in the Supreme Court, as many states have enacted similar, extremely restrictive abortion laws. Governor Greg Abbott of Texas signed an antiabortion bill that not only bans abortion after 6 weeks but also allows private citizens to enforce the law by suing abortion providers whether or not they have any connection to a patient. It is clear that states for the first time since 1972 feel comfortable imposing aggressive restrictions on abortion, arguably foreshadowing the direction the country will head in following the probable overturn of  Roe v. Wade.

Understanding the makeup of the Supreme Court, it would take a miracle for Roe v. Wade to be upheld following the hearing of Dobbs v. Jackson Women’s Health Organization this December. It is the first time since the 1973 decision that the Supreme Court has ruled on pre-viability prohibitions on abortions, and the court is irrefutably in a very different place. This term, we will see a historically male-dominated body dictate what a woman can do with her body; a situation we know all too well.