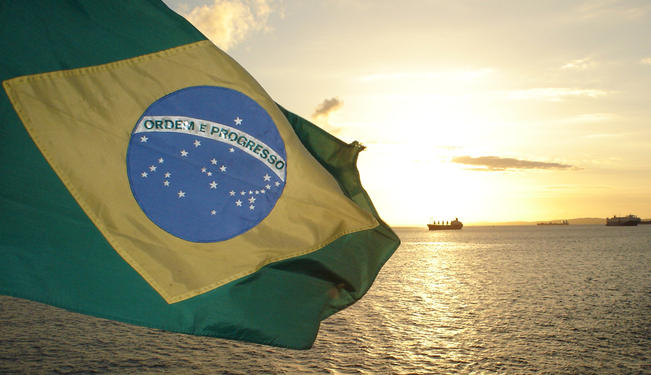 A question often asked is whether or not an endowment of natural resources is a blessing or curse for those nations who have made the exploitation of such resources a foundation of their political economy. Scholars have attempted to cast aspersions on the oft purported  “natural resource curse” concerning the relationship between commodity factor endowment and economic growth.  Latin America and the Carribean (LAC) and in particular the LA-7  need to devise a strategy that shies away from such a heavy emphasis on commodity exports and natural resource exploitation.

Latin American countries, particularly those which are net commodity exporters, rely on a disproportionate amount of commodity exports for economic development. Latin America has diversified exports significantly less than East Asia, a region that has achieved seemingly miraculous development in the last 30 years following a model of escalated sophistication in manufacturing and industry. Despite the promise of this example, the type of commodities exported have become increasingly focused in fewer area. For example, Chile, Peru, and Venezuela rely on commodities as 75% of their exports.

Those who doubted the problematic nature of commodity-dependent export models might point to the security commodity exports provided for many LAC economies during the 2008 Recession and slow global recovery. U.S. monetary expansion during this period and sustained Chinese demand left many such economies in a favorable position.

Despite this information,  the recent commodity boom for LAC ( 2001-2008) saw most real commodity basket prices at levels only about half as high as they were in the 1970’s. Hot money, or rapidly inflowing/outflowing foreign capital, often times related to capital market fluctuations can severely disrupt the stability of larger economies in the LAC like Argentina. Hot money outflows disrupt financial institutions larger economies like Brazil, who has led regional currency unity initiatives to stabilize the historically woeful monetary controls in the region.

Natural resource-centric economies often lack the ability to develop sufficient political institutions to cultivate a productive and inclusive middle class society. Paul Collier, Professor of Economics and Public Policy at the Blavatnik School of Government at University of Oxford, notes that the predication of an economy on natural resource rents can lead to the enthronement of an  aloof elite that isn’t accountable for the development of the masses.  This leads not to economic development, but inefficient political fracture, as groups like the FARC in Columbia vie for a slice of the rents: “natural resources can make a rebellion attractive even when there is no possibility of capturing the state itself”.

Collier reports when investigating the economic performance of democracies versus authoritarian regimes that when more than 10% of a country’s GDP is based off of natural resource production that there is an increased  likelihood of the political flourishing of authoritarian over democratic regimes.

Scholars have long argued that a major retardant on sustainable and equitable development in much of the Global South can be attributed to absence of political, social, and legal institutions that formalize economies, protect property rights, enforce contracts, and consistently collect taxes. The lopsided impact of natural resource centric development on democratic institutions could also explain decreased development potential after a certain level of resource production as a percent of GDP especially since a lawless society uses resources far less efficiently. This suggests that a natural resource exploitation centric strategy is definitively unsustainable.

Developing countries tend to be short on capital and exporting commodities, will have diminishing long term value if internal investments in permanent wealth are not beefed up. The LAC/LA-7 would be better served in attempting to stimulate industry to develop internal cyber and brick/mortar infrastructure.

Finally, a resource-based development agenda is not sustainable because the big customers of LAC rare earth metals and hydro carbons wont bankroll their future. China’s importation of LAC commodity exports increased more than 1000% from 1990 to 2008. This obviously contributed to the rise in commodity prices and ability of Latin America to whether the financial storm of 2008 better than other areas. However, recent Chinese policy shifts, as emphasized in the third CPC Plenum in November 2013, indicate that China will be buying fewer rare earth metals and less oil from LAC.

UN organizations recently suggested that LAC countries in the global south will disproportionately pay the price for Global Climate Change, with such as the case, the environmental damage caused by inefficient mining practices and intrusive hydrocarbon extraction impose massive costs on local, often times poor communities.

Natural Resource export development strategies for Latin America will not lead to the political, economic, or environmental conditions necessary for sustainable growth. They will also dwindle in profitability as China scales back its rapacious consumption of rare earth and hydro carbon imports.

11 thoughts on “Cracked up on Commodities”