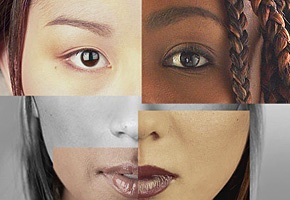 In early September, author Lionel Shriver gave a polemic keynote speech at the Brisbane Writers Festival. Her controversial theme of choice, which prompted an abrupt walkout and scathing review by Australian activist Yassmin Abdel-Magied, was the rejection of political correctness enshrouding identity politics. Shriver dismissed the concept of cultural appropriation as creating impossible conditions under which to write fiction or even operate as a society, and she expressed her hope that it is a mere “passing fad.”

Shriver’s speech pointed to one of Fordham’s very own law professors, Susan Scafidi, for a definition of cultural appropriation as “taking intellectual property, traditional knowledge, cultural expressions, or artifacts from someone else’s culture without permission. This can include unauthorized use of another culture’s dance, dress, music, language, folklore, cuisine, traditional medicine, religious symbols, etc.”

As America’s most diverse and liberal generation to date comes of age, with it comes a strict new handbook detailing what is politically correct and what is not. A renunciation of any type of political correctness is an attention-grabbing view to declare, but especially so at this crucial and divisive moment. America stands at an odd crossroads. With groups like Black Lives Matter taking center stage, we are struggling with and rebelling against the reality that systemic racism still tenaciously exists; yet we are teetering on the brink of electing a presidential candidate known for xenophobic remarks and discriminatory business practices.

As a society we are yearning for change, and yet somehow we remain deeply entrenched in our nation’s ugly past. These paradoxes are what make identity politics so immensely interesting and occasionally contradictory.

When you are not part of a culture, especially one that has been historically disadvantaged, you should not grossly manipulate it or disrespect it. But the current understanding of cultural appropriation that is now in vogue takes this idea one step further into dangerous territory. Its approach is so hands-off that it can actually sow the seeds of racism by requiring strict boundaries between people who are different from one another, rather than encouraging the healthy exchanging and meshing of ideas that gives America, and New York City in particular, its distinctive and eclectic identity on which we so pride ourselves. Under this concept it is a huge transgression to make sushi that falls short of its superior authentically Asian version, or perform rap/hip hop music if you are not black. It’s such an alienating approach that it really just makes people afraid to try to participate in anything outside their own culture at all.

We need a new facelift for cultural appropriation ─ a middle ground between the completely justified condemnation of actual disrespect and misuse of other cultures, and the shaming of people for the more harmless exchange of ideas and customs in a way that reflects admiration and the multicultural society in which we live.

Rather than congeal the ugly scars of racism and colonialism by retreating inward to our respective groups and tiptoeing around other cultures, we have the option to try to understand each other through respectful engagement.

What Shriver’s controversial identity politics speech came down to is whether anyone, no matter their race, has the right to try to understand the world from another’s perspective, to “break free of the claustrophobia of our own experience.” I would argue that we absolutely do.

And while cultural appropriation is well-meaning, its current usage is so strict that it isolates people from one another and becomes a stumbling block to actual interracial cooperation. What we need in our current volatile political climate is a more realistic version that gives us the chance to engage in another person’s perspective, while still conferring protection for minority groups.