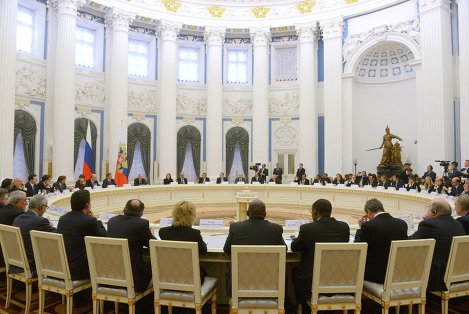 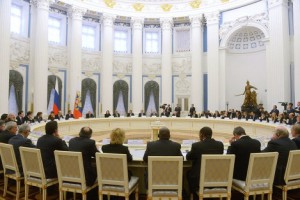 At the February G20 summit in Moscow, Bank of Japan Governor Masaaki Shirakawa said, “At this meeting, IMF and many other participants said it is not appropriate to describe the current situation as currency war and that such an expression is overblown. G20 as well as G7 share the view that efforts by each country to stabilize their own economy will lead to stability in the global economy.” IMF Managing Director Christine Lagarde echoed this statement when she stated, “We think that talk of currency wars is overblown. People did talk about their currency worries. The good news is that the G-20 responded with cooperation rather than conflict today.”
These comments made at the recent G-20 summit beg the questions, “What is a currency war, and are we at risk of being thrust into a global conflict where the weapons of choice are currencies rather guns?” In order to understand the “currency war” that countries like the United States and Japan have been accused of propagating recently, it is important to first review some basic economics. Since the 2008 financial crisis, interest rates in many major developed countries have been kept at record low levels in order to spur employment and domestic production. As a consequence of the loose monetary and fiscal policies that these countries have pursued, capital has flowed elsewhere because investors can expect a higher return on their investments in countries that are growing more quickly and that have higher interest rates.

Such “hot money” typically flows to emerging and developing markets, like Brazil, Chile, Mexico, Singapore, and South Korea, because these countries have relatively higher GDP growth. These capital flows can be problematic for emerging markets because as investors sell their developed market domestic currencies to finance purchases of foreign currencies, their domestic currencies devalue and the foreign currencies appreciate. Emerging market economies are generally more dependent on exports for GDP growth than developed countries, so emerging economies are hurt more when their currencies appreciate because their goods and services become relatively more expensive.

Although it is not usually the explicit goal of a country like the U.S. to use monetary and fiscal policy to shift production from foreign sources to domestic ones, such a shift tends to happen nevertheless when interest rates are lowered. As the efforts of developed economies to use monetary policy to spur domestic production causes a decrease in imports, domestic suppliers begin to meet the demand for the goods that had previously been met by foreign suppliers. Therefore, when emerging market currencies appreciate, those countries become less competitive in foreign markets, and they are flooded by cheap imports. Moreover, the inflow of capital can cause asset bubbles and drive artificial cycles of boom and bust. The process of using monetary and fiscal policy to competitively devalue a nation’s currency is what is meant by a “currency war,” and most economists view such policies as protectionist and “beggar-thy-neighbor” because they are aimed at short-term stimulus rather than long-term, sustainable growth.

In late 2010, Brazilian finance minister Guido Mantego accused the United States of starting a “currency war” when the U.S. began its first round of quantitative easing. Quantitative easing was the Federal Reserve’s $40 billion bond buying policy that was designed to decrease interest rates, spark lending, and avoid deflation in the United States. Of the Latin American countries, Brazil’s currency appreciated the most from 2008 to 2010, causing reasonable concern for Brazilian policymakers.

One issue that is at the heart of the “currency war” problem is that the financial crisis affected developed markets and emerging markets in starkly different ways. The financial crisis began in the U.S. housing sector and then quickly spread to the financial sector. Initially, capital flowed out of emerging markets to “safer” assets such as U.S. treasury bills as investors were worried that the crisis would ultimately spread globally. As the financial crisis unfolded, many predicted that its real effects (in terms of, for instance, unemployment and GDP growth) on developed economies would be extremely negative due to the across-the-board devaluation of financial investment assets. On the other hand, as the causes of the crisis began to be identified, people began to think that its effect on emerging markets would be more subdued. Their reasoning went as such: In quickly growing emerging markets, growth is most often derived by utilizing an inexpensive labor force to promote hard industries, such as construction and manufacturing, in order to build things like roads and factories that support both rural and urban development. Consequently, emerging markets would be less exposed to, and thus less impacted by, an economic crisis that had its roots in the financial sector of the developed markets. This observation about the difference of the impact on emerging markets and developed markets seemed to hold true, as capital flows to emerging markets resumed surprising quickly in early 2009, after having fallen off in 2008. In response to low interest rates around the world, capital ran to high-return economies, with the flows exceeding the pre-crisis level by 2010.

Another problem that followed from the crisis was that the policy responses available to deal with the crisis differed between emerging and developed economies. Before 2008, GDP growth in emerging markets was much higher than in developed markets. The financial crisis reduced GDP growth almost everywhere, but more so in developed areas than emerging ones. Therefore, while countries like the U.S. and Japan were facing a near zero growth environment and were much more worried about the prospect of deflation rather than inflation, emerging markets still had positive real GDP growth and also had relatively higher inflation. For example, in 2009, 2010, and 2011, Brazil had inflation (based on the GDP deflator) of 7.2%, 8.2%, and 7.0% respectively, while the United States had inflation of only 1.3%, 0.7%, and 2.2%. Therefore, emerging markets could not respond to the easy monetary and fiscal policies in like kind because of the very real risk of overheating their economies. This left little else but capital controls to respond to the loose monetary policies of their domestic neighbors to try to protect their exports and prevent inflation. Brazil implemented capital controls in 2010 in the form of extra taxes on foreign securities purchases. Brazil was followed by South Korea, Peru, and Thailand with similar actions to try to cool inflows, calm markets and counter rapid currency appreciation. A September 2012 report from the Brookings Institution, however, argued that the impact on capital flows, economies and exchange rates of such temporary controls was almost “zero” due to the ease of evading them.

After the February 2013 G20 summit in Moscow, Canadian Finance Minister Jim Flaherty stated, “The mood quite clearly early on was that we needed desperately to avoid protectionist measures and the G20 stands firmly against protectionism and against manipulation of exchange rates.” However, since Japanese Prime Minister Shinzo Abe regained office less than three months ago, the Japanese yen has depreciated by at least 20 per cent. Mr. Abe said that Japan was using monetary policy to help end the fifteen years of deflation, but other countries are not so sure about Japan’s motives. Yi Gang, the People’s Bank of China deputy governor said that China, which itself has often been criticized of artificially devaluing the Yuan in order to prop up exports, has already pledged that it would react if necessary to protect its currency, even though it thought a currency war was “avoidable.”

In summary, the answer to whether or not we are in a currency war depends on whom you ask. Citizens in developed markets argue that their extremely loose monetary and fiscal policies are a prudent response to recessionary conditions. Meanwhile, citizens of emerging markets claim that they are the victims of intentional competitive devaluations pursued by the world’s large, developed economies. The G-20 group has pledged to condemn competitive devaluations, but unless policymakers devise a more coordinated approach to addressing international differences in monetary policies and exchange rates, we could likely see a more pronounced “currency war” in the near future that would reduce global competitiveness and output.