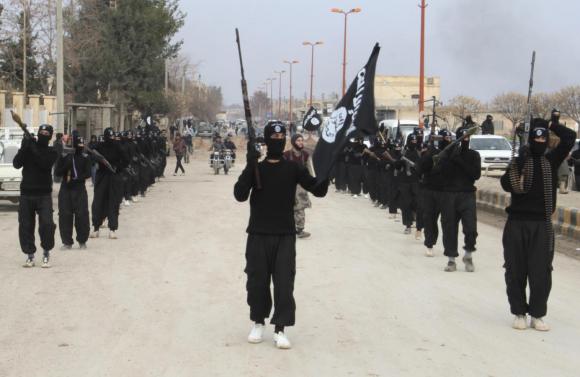 While Osama bin Laden may be dead, the legacy of violent Islamism continues to flourish in almost every society—from small tribes in Northern Africa to powerful countries in Europe. In spite of this, Louis Klaveras of The New Republic put forth in 2011 that “With the death of Osama bin Laden, this demise [of terrorism] will continue—and perhaps be expedited.” In like manner, Peter Breinart of The Daily Beast wrote: “The war on terror is over; Al Qaeda lost.” This type of rhetoric was not uncommon for writers and policy makers in the immediate aftermath of bin Laden’s death. Today, however I argue that Osama bin Laden’s death failed to catalyze the “beginning of the end” of Islamist Terrorism that so many had hoped for.

Change is a long process and it is often violent, painful and dependent on suffering. Change needs to procure long-term solutions. I argue that the only way to produce the change that has been intended since 9/11 is for the West to “default” on its approach to counter-terrorism. Much like handling a failed mortgage, the U.S. must own up to the international blemishes of seedy black sites, Abu Ghraib and torture reports, and move past them. America must retain the soft power of cultural dominance that it has lost through post-9/11 foreign policy.

Reform is needed in interrogation tactics. The U.S. cannot be perceived as a lone actor in the effort against terrorism anymore. The needed coalition must also focus on more than military airstrikes. And the secular, moderate, Muslim community needs to put more effort in vocalizing their condemnation of extremist ideology.

Picture recent events as a dismal highlight reel in the fashion of a depraved home video. It starts moments before the beheading of James Foley, and quickly cuts to The Lindt Café in Sydney. Steven Sotloff pleads for his life. The New South Whales Police Force fires shots that light the inside of the CBD establishment before proceeding to storm in. Two brothers storm the headquarters of satirical newspaper Charlie Hebdo. Syrian soldiers’ heads are put on pikes and photos are uploaded to Instagram. A Canadian solider is killed at Parliament Hill. Alan Henning is murdered by means of beheading. Ahmed Merabet, an unarmed, Muslim, police officer pleads for his life as he is executed.

The prevalence of Islamic terrorism may baffle most Westerners. But is a blatant lack of understanding of Middle Eastern culture culminating in an even greater feeling of helplessness for peace between the two very different worlds of the East and the West? After all, it may prove easier to kill a man than his ideology.

This is not to say that a concerted effort to change ideology in the U.S. and abroad has not been under way. For example, experts in the field such as former F.B.I. special agent Ali Soufan have championed arguments against Enhanced Interrogation Techniques since 2009, five years prior to the release of the infamous senate report on the same subject. Nancy Pelosi is to name the first Muslim, André Carson, to the House Intelligence Committee. Maajid Nawaz, a British born Islamist turned politician shared his story of de-radicalization and redemption through education and literature in an interview with NPR. Both Sydney and Paris have responded to recent terrorist attacks, not with fear and aggression, but with strength and solidarity.

Although there has been a recent shift in the way terrorism is perceived and dealt with in the West, there still exists an overall lack of initiative from policy makers in counter-terrorism techniques. Outdated Cold War tactics will not eradicate the problem because this problem is like no other. The blend between technological sophistication and warped ideology makes a deadly combination that cannot be contained through traditional warfare alone. The solution to the problem cannot comprise mere reactionary policy, but must consist of proactive measures such as the de-radicalization of detainees by American law enforcement agencies.

The Saudi de-radicalization program has been heralded as a success with an 80-90% success rate of rehabilitating former extremists. An intensive and well-funded program for detainees propagated by moderate Muslim scholars and U.S. officials could generate favorable outcomes. If the radicals showed signs of success, their perspective could be used for American interests. Just as The Islamic State has attracted susceptible minds with the glamor of jihad in their exquisite propaganda campaigns, produced with irrationality and high-tech video editing software, the U.S. can start a campaign of its own, effectively expressing the value of Western ideology and crippling Islamic extremism simultaneously. What better way to eliminate a cancerous ideology, than to have a former member condemn it for the entire world to see? Debates should be held between radical clerics and rational Muslim scholars, in turn broadcasting the ill-founded logic in an extremist’s mind. Only then can the world hope to purge itself of the malignant doctrine supported by terrorists.

I cannot say for a fact that de-radicalization will work. The only thing I do know, however, is that some reactionary counter-terrorism policies used today are not only ineffective, but even harmful to the American public. America needs to play a central role in the counter-insurgency of global terrorism; it must lead the ideological fight against terrorism.

Global terrorism is not about specific people, but about the ideas, violence, and fear that it spread throughout the world. I see a trend beginning—both a change in terrorism and the reactions to it. Whether policy makers are able to adapt to this transformation will determine the growth or ultimate demise of radical Islam in the near future.