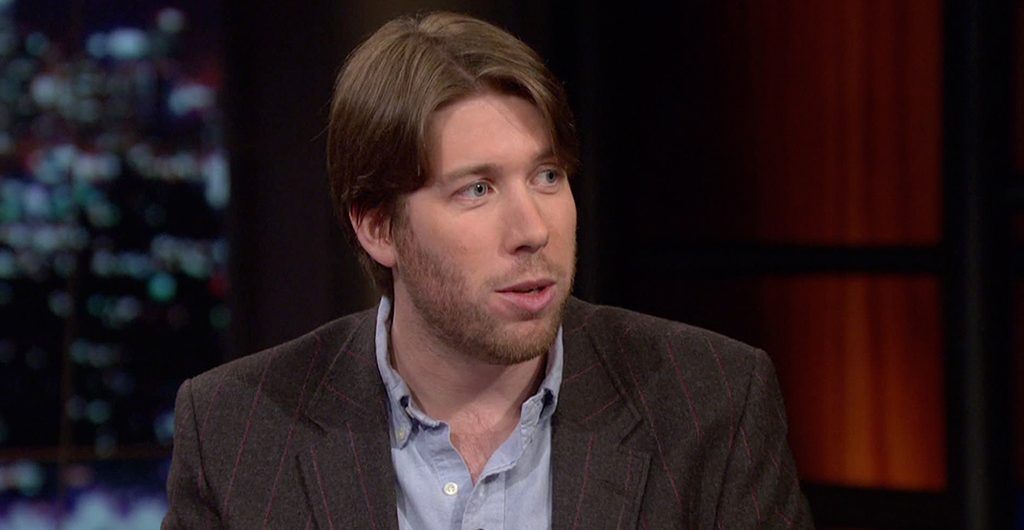 Charles C.W. Cooke sat down with editor-in-chief Matthew J. Santucci to discuss the Brexit vote, the Trump phenomenon, and the role of the federal government after his talk at Fordham University. Charles is the editor of National Review online, author of “The Conservatarian Manifesto” and frequent guest on HBO’s “Real Time with Bill Maher”.

Thank you for taking time to meet with me tonight. Being English, I wanted to start off by gaining your perspective on the Brexit vote. What are the parallels that one can draw between that vote (that movement) and Trump’s “silent majority”? After all, we saw that the pollsters were wrong in their assessment of the referendum and the Trump campaign.

I think the other question is of immigration, it’s related, but it should be noted that for a long time elites in Britain and in the US ignored public sentiment on immigration levels. Now, there is an unpleasant underbelly to some of that. You do find some people among [President] Donald Trump’s voters and you did find that among the Brexit crew who are xenophobic. But, most people are not. It is a legitimate policy question: who comes into the country and who doesn’t; how many people come into the country from where, under what circumstances? And for 15-20 years in Britain, to even discuss that question was to be branded as a racist. And in America, it has gone the same way. The Democratic party has gone from being tough on immigration, especially when they had closer ties to blue collar and union workers and in the mid 1990s, to be essentially for open borders- with the exception of criminals- and I think that it doesn’t resonate with people. There was a recent poll that showed that only 6 percent of Americans want more immigrants, and when that’s not provided, by either of the major parties, someone is going to come along and make an issue of it. That’s what Trump did, and that’s I think what Brexit did in England, because it existed outside of traditional party politics.

So, do you think that economic anxiety is the preeminent reason as to why the British electorate voted the way they did? Or was the vote a response to the notion that their national sovereignty was being undermined by the European parliament?

I think both of those reasons explain Brexit. My view is that the Brexit coalition agreed on one thing: that was that Britain should leave the European Union. Factions within that coalition had dramatically different ideas as to what Britain should do once it left. As to what the reason for leaving was,for example, there are some liberal internationalists who believe that the question was of sovereignty, but that Britain should, through its own parliament, reinstitute many of the trade and immigration agreements on a voluntary basis. There were those who thought that they were voting for lower immigration levels; in other words they had tied up Brexit with this immediate policy consequence. There are those who haven’t had a job for 20 years and believed for whatever reason that Brexit would aid them. It’s not a good analogy, but I compare the ‘Brexiters’ to the founding fathers, purely in the sense that there was a consensus in British colonial America that the United States should be an independent nation, but serious infighting ensued once that was achieved. Thomas Jefferson, James Madison, Alexander Hamilton, George Washington, all of these people, had substantially different conceptions as to what the new county should look like, and I think that’s also true of Brexit. All of the contributing factors you described are important. Where I think there is more crossover than not is the question of immigration.

And this issue has been a cornerstone of the Trump campaign. More broadly speaking, it’s definitely been a polarizing issue between the left and the right. Incidentally, we’ve seen further polarization with regard to President Trump’s executive orders, which I guess one can see as an overreach of executive power. I know you gave a speech at the John Locke Institute in which you discussed Obama and his overreach of executive powers, so: where does one draw the line?

Well look, the question of executive orders is of their content; executive orders are not illegal per se; they fill a constitutional role. The presidents are entirely entitled to organize their own department as they see fit, in many cases – although I oppose this being a person who is invested in legislative primacy – Congress has delegated an awful lot of power to the executive, and in order to exercise that power one needs executive order and memoranda. A good example of this is the keystone pipeline. That decision, and I think incorrectly, was given to the president by congress. So, under Obama it was a no, and under Trump it was a yes. The Mexico City policy on abortion spending abroad is another great example of it; these are legitimate uses of executive power. What Obama did was effectively rewrite the law; he acted ultra vires. He acted outside of the underlying subject of authority; that’s why I was opposed to some of, not all of, his executive action. Trump has, arguably, done the same thing. It will take quite a while to sort out what all of these orders say. But, it’s possible that under the Obama Care order he used the same power that Obama falsely claimed that he had, and it’s possible that with this immigration executive order that he violated the constraints put upon him by the 1952 and 1965 Immigration and Naturalization Act. But either way, one can’t merely look at executive orders as if they exist in a vacuum. The question is of content.

Earlier you discussed the divisions between local, state, and federal government. It’s fair to say that you’re in favor of appropriating power to the local government because people will inevitably have a closer bond, a greater degree of faith, in the local government, and if nothing else it’s more efficient. But, how would one go about legislating something like civil rights? If there is something that is of national interest or is perceived as a right, can that be legislated at the local or state level?

You talk about these areas where the federal government is deficient; areas where it is incapable of rendering good service, and yet we saw a surge of support for the Bernie Sanders campaign. At the core of his ideology is a single payer healthcare system, a stimulus package that evokes the spirit of the new deal, and tuition-free public college, and implicit in this is a stronger, more centralized government. I wouldn’t even say that it was a fringe idea. You saw a lot of people coalesce around this: students, blue-collar workers, nurses, as well as independents and faithful democrats. He was someone who challenged the status quo of the Democratic Party. Do you think that there is room for the Democratic Party to expand upon his platform to win in the 2018 midterm elections and subsequently in 2020? Or do you think that the Sanders campaign was a reactive response to Clinton as a candidate and thus exists within the context of 2016, or is it a larger trend?

This is a great question. I think that broadly speaking the Democrats would do well to ignore Bernie Sanders, but I think – as with Trump – on a few questions he was far more keenly in touch with the base and the democratic mainstream than was Hillary Clinton. Bernie Sanders is somewhat skeptical of immigration too. In fact, he calls open borders a “Koch brothers plot” even though he in the debates moved to Hillary Clinton’s left. Likewise on trade, and I find this disappointing as a free trader, he sounds like Trump, and I think if Democrats are going to win again, which they will, those two planks will need to be reexamined. But, in my estimation, Democrats will win again when they either find an Obama, who is broadly popular and palatable to most groups, or if they returned to the sort of candidates that did them so well from the New Deal onwards, and I think Joe Biden is the perfect example; Bill Clinton was a good example. At the moment, the party seems incapable of settling on its winning formula, outside of Obama, and I think Obama is going to be loved for a very long time, because he is the last politician that I can see who has united those factions within the Democratic Party. But, parties always bounce back.

We’ve witnessed this popular trepidation; this anxiety focused on economic inequality which has been independent of party. The left tends to focus on mitigating inequality by lifting up the bottom, either by way of progressive taxation, minimum wage etc. This is contrast with the right who are in favor of deregulation. So, how do we remedy that or understand the other side, given that it is a contentious issue, an issue that people are passionate about? There seems to be no point of convergence between left and right.

Well, I think that it is always important to understand the other side, but on this question I am somewhat hardliner in that there is nothing in human history that has eradicated poverty and improved standards of living like capitalism, like free markets, like lower regulation economies. We have cut global poverty in half in 20 years; it was not socialism that did it, it was not the spread of communism, it was global trade, it was free markets and stable lower regulation regimes. In my view, Bernie Sanders is something of an economic illiterate in this area; he genuinely believes that by pulling down the people at the top you can raise the people at the bottom, and I don’t. I understand why people are upset; we are going through a period of transformation and disruption. You see this on both sides, it’s not just a left or a right phenomenon. Donald Trump won many of those people too, in my view, by promising the impossible: to bring back manufacturing jobs and so forth. But the answer, as harsh as it may sound, is always growth and opportunity, and one of the messages that Republican have been bad at getting across is that there is obviously a role of the federal government in enforcing civil rights and trying to right some of the wrongs that were done to African Americans throughout this country’s history. But, the greatest contribution to African American prosperity has been economic growth. If you look at where black Americans were in 1980 compared to 1988, from the beginning of the Clinton years to the end of the Clinton years, it was four percent growth that did it not the government. That is what we should be ruthlessly focusing on.