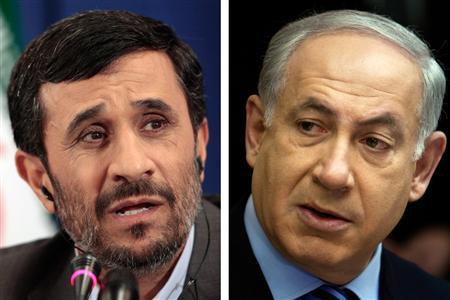 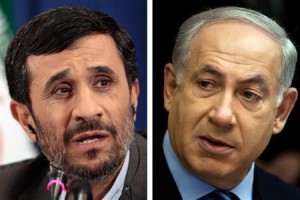 Should Israel bomb Iran? Answering this question is integral to the survival of Israel, an important U.S. ally in the Middle East, as a nation-state. It is imperative that Israel show restraint and refrain from any military aggression for the sake of its own security and that of the greater Middle East. Over the course of this essay, I will argue that Israel must integrate a neo-realist framework of foreign policy into their pre-existing policies dealing with non-state actors for its security as a nation-state and peace throughout the region.

According to the remarks of conservative Israeli dignitaries such as Prime Minister Benjamin Netanyahu, a nuclear-armed Iran would be an existential threat to the small, Mediterranean nation. However, the reality of Iran’s predicament is more akin to Kenneth Waltz’s “security dilemma”, which states that, in an anarchic order, countries must provide for their own security against abounding threats, and provide measures that bolster one nation’s security diminish the security and comfort of the other . Empirically, this is certainly the case for Iran, as it has faced down sanctions intensifying economic hardship , the Jundallah insurgency , increased hostility from Saudi Arabia, moral support for Mujahedeen-e-Khalq militants from U.S. officials , U.S. stealth drone surveillance , attacks on its nuclear scientists, and the collapse and undermining of its proxies in Syria and Lebanon, respectively. Nuke-bearing Pakistan, having supported the hardline takfiri Taliban (no friend to Iran or Twelver Shi’ites ), has instability of its own and could be as dangerous as the perceived machinations of the Mossad. A.Q. Khan is now a noted public figure in Pakistan, and could supply nuclear technology to any of Iran’s other regional rivals . As Iran is surrounded by such threats, it will try to accumulate power as a means to approaching a perceived parity . Polls indicate the sanctions have only hardened opposition to abandoning nuclear enrichment as the citizenry blames Iran’s rivals and obstructionists in the internal opposition, rather than their own government . Conventional defenses require constant re-evaluation as Iran is perennially outgunned and outmanned by both external and internal threats, whereas the advantages of nuclear weapons are absolute .

Due to Iran’s very Weberian interest in having a monopoly over security, the country would not want to simply pawn off nuclear weaponry to non-state actors or liberally toss them at any foe. Developing nuclear weapons would be an intrinsic gain to Iran’s security as the demonstrable capability of catastrophic retaliation could deter conventional and unconventional aggression. Second-strike capability would provide deterrence as Iran’s defense would be defined by what it could do as opposed to what it would do . By the same token, nuclear strikes on Israel would be prevented by the capabilities of the United States; National Security Council military aide William Odom described an analogous situation in his Directive signed by President Jimmy Carter . Though Odom was depicting Secretary of Defense Harold Brown using nuclear weapons against conventional, Soviet-era threats as a means of controlling escalation, within the “look-shoot-look” policy there was a fundamental philosophy of deterrence:

“To deter in an era of strategic nuclear equivalence, it is necessary to have nuclear (as well as conventional) forces such that in considering aggression against our interests any adversary would recognize that no plausible outcome would represent a victory or any plausible definition of victory.”
Post-Cold War studies would reveal that the Soviet leadership itself saw no winner in a nuclear conflict and had little confidence in such apocalyptic warfare, despite the suspicions of PD-59’s drafters . Such discourse is eerily in line with Waltz’s theory: “If the Soviet Union had run the preposterous risk of attacking the center of Europe believing it could escape retaliation, we would thus show them that they were wrong while conveying the idea that more would follow if they persisted.”

These assessments are particularly relevant as United States officials, the only allies to Israel having the superior technological means of enacting pre-emptive war, see diplomacy as still an option so long as it can prevent all of the terrorist attacks, missile strikes, oil shocks, and reputational damage which a war with Iran would entail . Retired Israeli military chiefs and President Shimon Perez see a war with Iran as un-necessary , and with good reason: experts doubt that a unilateral action on Israel’s part could completely disable the atomic weapons program and air defenses that make up the eight target sites . If Iran’s intelligence and military personnel are anywhere near competent, they will be aware of the American policy of peaceful deterrence and seek a path of non-aggression.

The “red line” arguments for Iran’s battle-lust and the necessity of an Israeli pre-emptive assault are realist in nature , but within Waltz’s framework, war would not be within Iran’s interest; it would be the privilege of poor and weak states . This failing on the part of classical realism occurs as realism, in many ways, has been shaped by the cultural lenses of different peoples . Constructivists, whether they are reactionary demagogues or transnational networks, would exploit Israel’s attack to attempt spreading values of violence and extremism . Threats to Israel’s security at the unit level would rise significantly with reprisals from non-state actors. Islamist militant groups, whether an embittered Hezbollah or Sunni groups trying to wean themselves from a sectarian reputation, would use the attack as opportunity to sow violence and fear throughout the region. Al-Qaida and other extremist groups could use an Israeli strike to further their propaganda of the “black banners from Khurasan” . Sectarian divisions among militant groups are significant, but not impermeable to mutual influence. An attack on Iran would provide the perfect opportunity for international pan-Islamist violence against Israel– look no further than the Iranian Revolution of 1979, where Khomeini’s anti-Western rhetoric inspired Sunni militant groups to launch their own revolts, from Saudi Arabia to Afghanistan . A bigot’s insulting the avowed religion of extremists provokes death and destruction at embassies by militants; imagine the reactions to a “kafir, Zionist-crusader” military strike on their, however distantly related, perceived co-religionists.

In trying to stop nuclear weapons proliferation Israel could actually persuade previously ambivalent nations to pursue such programs to fill the perceived power imbalance left by a humbled Tehran . Anti-Israel sentiment is already high in Egypt. A Greenberg Quinlan Roslin poll of 812 people (half of them women) sponsored by the Israel Project indicated majorities supportive of Iran’s nuclear project, friendly Iranian-Egyptian relations while wanting the dissolution of the Egyptian-Israeli diplomacy, an end to existing peace treaty, and a two-state solution to the Palestinian-Israeli conflict . While one cannot conflate anti-Israeli sentiment with militancy or anti-Semitism, these levels of frustration provide fertile grounds for the manipulations of violent, non-state actors, and can push state actors to pursue policies amenable to public opinion, but not within Israel’s security interests. Poignantly, a war in Iran could give the governing Muslim Brotherhood-linked officials justification to pursue a nuclear program of Egypt’s own, appealing to popular opinion in aggressive opposition to what the Brotherhood calls a “racist and expansionist state” . Opportunists like A.Q. Khan would doubtless want to help in such endeavors .

Israel should not bomb Iran, as Iran would pose no threat to the country under Waltz’s neo-realist framework of mutual deterrence. Military engagements would serve only to further alienate Israel’s neighbors and provide constructivist, non-state actors the opportunity to instigate more anarchy throughout the greater Middle East. The Israelis should abandon policies advocating aggression and sanctions as they only serve to build up a destructive casus belli . What Israel should instead do is build upon stability brought by this neo-realist understanding of nuclear power, insuring that Iran is the only rival to have such second-strike capabilities while working with allies to prevent the violence of constructivist, non-state actors, perhaps even working alongside the Iranians; Al Qaida-type extremists have little love for the Shi’ite-majority state. By following this program of mutual deterrence, the security of interests of Israel and its allies would be well-defended throughout the region.

John Bundock is a FCRH 2014 Middle Eastern Studies major who may be contacted at jbundock@fordham.edu.