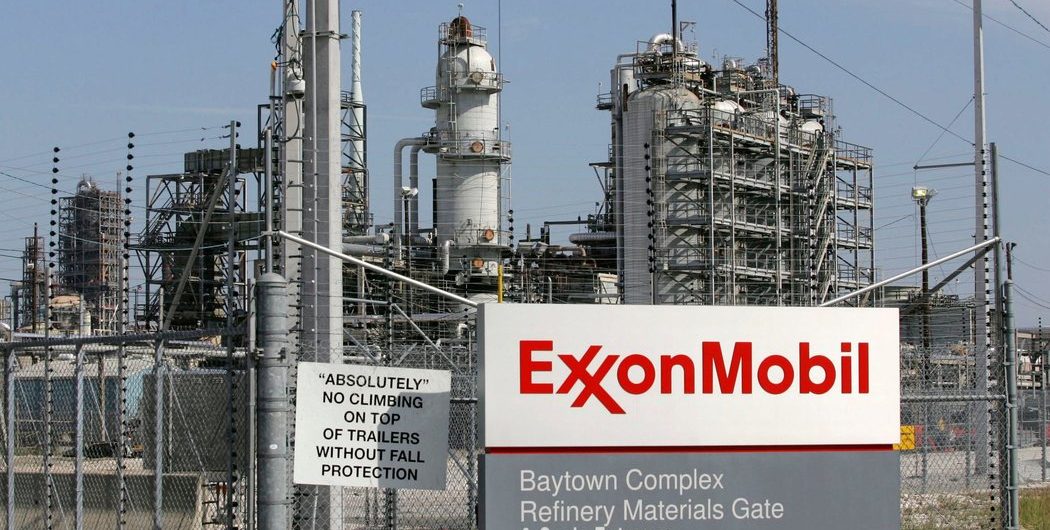 For decades Exxon Mobil has funded climate change dissenters. These dissenters have varied in profession from lobbyists, politicians, and other carbon industry promoters to MIT and Princeton trained scientists. This climate change denying machine has spent millions and has successfully prevented widespread acceptance of the realities of climate change among the American people.

In the process, Exxon and other oil and energy companies have done so much to exacerbate the destruction of this planet. The very nature of their business, the extraction of carbon based fuel sources, causes massive production of greenhouse gases. Their continued refusal to accept the facts of climate change and their active role in the production of climate disinformation has held back environmental policy long enough.

With New York State’s investigation into Exxon for potential fraud regarding its position on climate change, the time has come to hold these companies responsible for their lies and corruption of our political system.

A History of Deceit

Beginning in the 1970s, Exxon tasked its scientists with investigating the potential climate impact of its practices, as well as the human use of fossil fuels. This assignment was in response to a senior engineer’s warning of the potential realities of global warming, a scientific theory that was just gaining ground in the United States. Exxon was responsible for groundbreaking climate research. Its own researchers foresaw “catastrophic events” if “major reductions in fossil fuel combustions” did not occur. This research helped created a consensus on global warming and Exxon hoped that they could use it to lobby for favorable laws that they predicted would come with the new science. However, when the price of oil fell in the 1980s, Exxon cut jobs, especially within the climate science department. As the scientific community began to reach a consensus on global warming’s causes and risks, Exxon began to question its own science and see it as uncertain.

Under former CEO Lee Raymond, Exxon became a leading voice in climate change denial. Though the company has softened its stance on the extent of climate change and its impacts in recent years, the company long supported anti-environmental movements. In the late 1990s and early 2000s, Raymond was one of the founding and long-standing members of the Global Climate Coalition. The group worked to deter environmental regulation and supported the dissemination of science questioning the legitimacy of climate change. In 2007, when the third Intergovernmental Panel on Climate Change report was released, the American Enterprise Institution, another Exxon backed think tank that focused on climate denial, offered $10,000 to scientists and economists who wrote “articles that emphasize the shortcomings of” the IPCC report. Raymond, no longer the CEO of Exxon, is a member of their board.

Despite these clear actions to undermine progressive climate policy, Exxon maintains the stance that it is a friend to the environment. The company points to its increasing presence in the natural gas industry, a cleaner fuel source than oil, as one of the many ways it is helping to cut carbon emissions. They have also continued to support in-house climate research that has included innovating carbon sequestration processes.

The consequences of Exxon’s research have been significant, though. In the United States, only 63 percent of people believe in anthropogenic climate change, this is a drop of 6 percent from last year, according to Politico. Additionally, 36 percent believe that it is “not a serious problem,” with only 47 percent calling for more government action, an increase in disbelief and a decrease in calls for action. How can this be, when scientists have a 97 percent consensus that climate change is real?

The answer lies in the amount of climate disinformation, much of which fossil fuel companies have been responsible for producing and disseminating. They provide massive campaign donations to candidates who deny climate change. For example, four of the Republican candidates for president do not believe climate change exists – five if you include Ted Cruz whose stance has been hard to interpret. According to Open Secrets, these candidates have cashed in on their beliefs. Donald Trump has received $7,763 from oil and energy companies; Ben Carson has received $54,334; Mike Huckabee has received $32,200; Rick Santorum has received $250; and Ted Cruz has received the most with $499,243.

Now, the attorney general for the state of New York has initiated an investigation into Exxon Mobil regarding its denial of climate change and its support of climate disinformation. The attorney general is attempting to determine if Exxon’s knowledge of the realities of carbon driven climate change represent fraud to its shareholders. Exxon has consistently informed shareholders that climate change is a myth, or, at worst, not the result of human activity or the release of carbon into the atmosphere. As recent evidence demonstrates, Exxon has known for decades these statements are false. Their downplaying of their knowledge the risks that climate change poses to the oil industry may constitute fraud.

There is precedent for this type of charge. Tobacco companies conducted research into the dangers associated with smoking and, in a manner similar to what Exxon has allegedly done, hid the information and made public efforts to present a view of smoking opposite of what their science showed. In 2006 a Federal Judge ruled against Big Tobacco, finding that they had committed fraud against the public. Interesting aspects of this case included the judge ordering the tobacco companies to stop using terms such as “light, natural, and low tar,” arguing that they were misleading regarding the health impacts of these types of cigarettes. Similar tame language is found in Exxon’s rhetoric. Exxon, for example, touts the cleanliness of natural gas, as compared to oil, as one of the ways they are working for a better environment. In the same manner as calling certain cigarettes “low tar,” arguing that natural gas is good for the environment because it is cleaner than oil is a logical fallacy. Natural gas may release less carbon than coal and oil, but it still releases large amounts of CO2 as well as other, more harmful gases, such as methane. Releasing less greenhouses gases, but still releasing them is not a solution!

Another interesting aspect of the big tobacco case was that “the Justice Department, under the Clinton administration, accused the tobacco industry of racketeering as part of a coordinated plan to deceive the public about the negative health effects of smoking.” Exxon is not the only oil company guilty of making large donations to climate disinformation campaigns, candidates, and lobbyists. Chevron, Koch Industries, and British Petroleum are among the many companies with similar donation patterns. Whether these companies will face the same legal scrutiny as Exxon, only time will tell; however, New York State has been investigating Peabody Energy for similar reasons for a couple years.

Many in the environmentalist world have decided to forego the justice system and have passed judgement on Exxon Mobil. Via social media, the hashtag #ExxonKnew was trending among environmentalists. Bill McKibben, the founder of 350.org, actually got arrested in a peaceful protest at an Exxon Mobil gas station. Perhaps the strongest call for action has come from presidential candidate and senator from Vermont Bernie Sanders, who called for further investigations into Exxon Mobil from the U.S. Department of Justice.

Nevertheless, Exxon Mobil has turned in record profits and has continued to profit from the lack of action. It is time to hold them accountable. For decades they have known the problems associated with continued use of fossil fuels and what their practices did to exacerbate the issue. For decades they have suppressed and lied about this knowledge. It is time for Exxon Mobil and other companies who have perpetuated climate disinformation to be held accountable for what they have done. Exxon Knew.