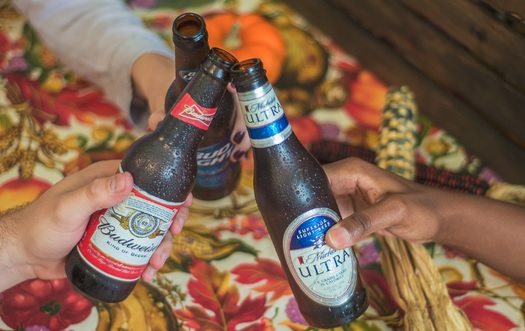 Smokey and the Bandit, a 1977 comedy film starring Burt Reynolds and Jackie Gleason, was the fourth highest grossing film of that year; it rekindled the career of a Honeymooners star, launched a successful film franchise, and released the hit song “Eastbound and Down.” The film’s premise is simple – a rich Texan finds himself thirsty for a beer not available east of the Rockies, so he hires “the Bandit” (Reynolds) to steer a tractor-trailer west and bring him back as many cases he can fit.

In 1977, Coors was a regional brewery still owned and run by the grandchildren of founder Adolph Coors. The beer’s pasteurization method required that it be kept cold from the brewery to the consumer – limiting its distribution radius, and requiring Burt Reynolds to get it across state lines. Though the Coors management refused to advertise on the grand scale of its larger rivals Anheuser-Busch and Schlitz (Coors spent seventy cents per barrel on advertising when the big guys spent $3), the company kept a respectable following in the eleven states lucky enough to be included in its distributing network.

Coors remained the much adored, yet hard-to-find beer throughout the 1970s. Because the Coors family refused to extend their distribution further than the eleven states in its network, challenges such as that depicted in Smokey and the Bandit were not all that uncommon. According to a 1975 article in the New York Times, a police sergeant in Manchester, Tennessee caught a Florida college student smuggling 400 cases to his fraternity house on a 16-wheeler. The price tag? $2,700 (or $11,945.79 adjusting for inflation). A Washington, DC beer distributor could sell over a thousand cases of Coors a day for $12.73 ($56.32) each, while he could only clear thirty cases of Budweiser at a third of the price. The beer was so popular that, according to legend, passengers aboard President Gerald Ford’s Air Force One had to be rearranged to prevent the weight of the cargo hold, filled with Coors, from bringing the plane down.

With a push from the Supreme Court, which ruled that Coors’ pricing and distribution policies were unlawful, Easterners would no longer have to smuggle the brew to their side of the Mississippi. Coors was forced to open breweries across the country to ensure their product wouldn’t spoil, and entered the national stage. Soon, Coors would become the fourth-largest brewery in the United States.

Others were not so lucky – the past hundred years has seen a dramatic shift in the number, quality, and power of American brewers. Today, the resurgence of independent microbreweries and a revolution in beer taste has thrown the industry into turmoil, leading us to ask how we got here, and what can be done?

In 1933, the “grand experiment” of prohibition was ended. No one was more happy than August Anheuser Busch, Jr., the President and CEO of the company that shared his name. For over a decade, A-B struggled to stay alive until the day the United States decided that the “drys” (as the temperance advocates were called) were wrong. The company tried their hand at making soft drinks, cooking yeast, or some variant of the non-alcoholic “near-beer.” But the market for these products, even under the desperation of prohibition, just wasn’t there. Yuengling, currently the oldest brewery in America, tried something else.

Understanding the certainty of a coming prohibition amendment, the Yuengling Company decided it was time to dig in for the long haul. Yes, the firm owned its fair share of saloons and tavern leases, but it also delved into the business of gold mining, dairy, railroads, and banks. By moving its dependence away from its core product before the amendment was signed, Yuengling assured its survival.

Others decided to stick to the yeast-soda-near-beer formula, and failed in massive numbers. In 1918, the year before prohibition came into effect, there were over one thousand breweries and Americans drank 2.5 gallons of liquor and thirty gallons of beer per capita. In 1932, the year before the amendment was revoked, there would be 185 breweries struggling to stay alive. One full year after repeal, Americans would still only drink .64 gallons of liquor and 14 gallons of beer per capita. Consumption wouldn’t reach pre-prohibition levels until the 1970s.

The public’s initial enthusiasm for the return of alcohol outran the available supply. Breweries operated 24/7. August Busch, Jr. was forced to go on the radio to plead with the public to be patient and respect everyone’s right to a case of Budweiser. President Roosevelt had one case of beer from each reopened brewery across the country shipped to the White House. By August 1933, taxes on beer were the third largest source of revenue for the federal government (behind the income tax and cigarette tax). The number of producers in the United States grew from 185 in 1933 to almost 800 by 1935. The market was saturated and, for the first time in the new century, a beer war had begun.

The first hurdle in the post-prohibition age was capacity: breweries that minimized their beer-making capabilities during prohibition couldn’t keep up with the swell in demand that came in 1934. Immediately, producers began to upgrade their equipment, adding vats and assembly lines to warehouses that sat untouched for fifteen years. By 1935, American brewers were capable of churning out 85 million barrels of beer (though demand quickly fell to 40 million). A new delivery method also took the industry by storm: the can. The suburbanization of America in the 1930s and 1940s made it more inconvenient for consumers to drive themselves to a tavern to enjoy a glass of beer. In 1918, 90% of beer was sold on tap in saloons. That number would decrease steadily until 1960, when it leveled off at 20%. Brewers that didn’t have the capability to bottle and ship their beers lost out; by 1938, the number of breweries in the United States fell to 672.

By the 1950s, demand fell flat at 84 million barrels, though brewers were capable of producing much more. Now that liquor was no longer the rarity that it was during WWII (due to rationing), Americans wanted their gin and tonic back. It didn’t help that a new era of dieting had repainted the image of beer into a carb-packed beverage that causes bloating and dramatic weight gain – cue the introduction of “light beers” and the watered-down swill that characterized the midcentury American lager.

This was the environment that fostered the first age of mergers in the brewery industry. The inability to grow the overall market for beer forced companies like Anheuser-Busch to steal the market share of their competitors. Miller, whose sales grew 379% from 1947 to 1953, became a sitting duck when it failed to break 13% from 1954 to 1960. Miller family infighting led to the company’s controlling shareholder, the granddaughter of the founder, to sell her interest to the W.R. Grace Company (Miller would later be sold to cigarette maker Phillip Morris). More mergers and acquisitions would follow: Krueger to Narragansett, Fuhrman to Ortleib, Arizona to Carling, Rheingold to Pepsi-Cola. The list goes on and on. By 1978, the number of American breweries dropped to its lowest level since prohibition: 89.

But these weren’t win-lose hostile takeovers. Many of these breweries were rural outfits that didn’t have the resources or capacity to grow their business. By merging with the bigger players, they would have access to the industry’s most important means of growth: distribution.

After repealing the prohibition amendment, Congress decided that certain restrictions should be placed on the alcohol industry to prevent a relapse into the excessive drinking that plagued the nation before 1919. As part of these reforms, brewers were no longer allowed to own or lease the taverns where their products were sold. Instead, a distributor stands between the supply and the consumer. Brewers were able to circumvent this regulation by having the distributors sign an exclusivity contract for the space on their trucks, preventing other producers from competing for shelf and bar space. Small producers didn’t have a chance… unless they allowed themselves to be bought out.

With major regional beers now available nationally, consumers shifted their attention to other regional and international brands. In 1987, enthusiasm over the Mexican import Corona grew so quickly that the company had to ration supply, limiting distribution to only three cities on the east coast. Demand for imports grew at 12% from 1980 to 1990. Sales by international labels became so great at the end of the century that, for the first time, American breweries became the target for mergers. A lethal combination of inept leadership at Anheuser-Busch and failed launches of new products cost the American icon the trust of its shareholders. Stagnating growth at Philip Morris’ Miller gave the hundred and fifty year-old family company little leverage against a takeover. Anheuser-Busch was bought by Belgium’s InBev for $52 billion. Miller was sold to South Africa’s SAB. In less than ten years, the three largest American brewers were no longer American.

The international acquisitions of American breweries didn’t sit well with consumers. Once they tasted the complexity of imports, the comparatively mild and watery flavor of American lagers couldn’t be stomached. Drinkers became “bored with mainstream beers,” said the president of Heineken’s US division. The new craze became the small-scale breweries that grew from the garages of homebrewers. With catchy names like “Arrogant Bastard Ale,” “Oktoberfest,” and “Brooklyn Lager,” microbrews gave a younger generation of consumers what they wanted; an individuality and character in their beverage that they found in themselves. Modern giants of the microbrew movement, the Boston Beer Company and Brooklyn Brewery have become ambassadors of the virtue of small scale. Air Force One now exclusively stocks Samuel Adams. Steve Hindy and Tom Potter, the founders of the Brooklyn Brewery, have written a book to help aspiring microbrewers achieve their dreams. Today, 98% of America’s 2,722 breweries are microbreweries or brewpubs and craft beer represents 7.8% of all American beer sales.

Large brewers have attempted to strike back, but with mixed results. According to a Coors spokesperson, any microbrew released by the company “should not say Coors” and must always “be disassociated from the Coors family.” Coors quickly released beers bearing the microbrew buzzwords “Winterfest” and “wheat.” AB-Inbev released its own line of “Originals,” using recipes long abandoned by the Busch family. SABMiller employed a similar strategy with no lasting success. The major breweries failed to grasp the spirit of the microbrew movement, opting instead for rustic labels and an extra fistful of hops. So the big three decided to do what they did in the 1930s, 1940s, and 1960s: buy their way out.

This is where we are now – the conglomerates are buying up smaller microbreweries to make up for a shrinking market share. Most of these acquisitions allow the smaller brewer to keep some degree of independence while taking advantage of the larger brewer’s advertising and distribution strength, just as the mergers of years past had. But this era of consolidation is reaching more brands than any before – and it’s become harder to find out which brands have stayed independent and which have been bought.

For now, this strategy seems to be helping the brewing conglomerates stay alive, but the craft brew movement is growing. In 2013, when overall beer sales fell by 1.9% and import sales fell .6%, the craft beer industry experienced an astounding 17.2% growth. While no one is trying to sneak a truckload of Harpoon’s IPA across state lines, the passion and demand is there – much to the chagrin of SABMiller.