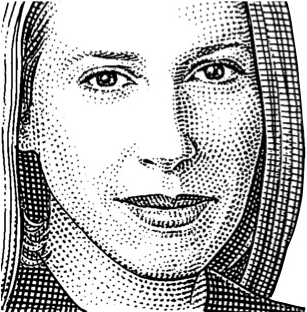 Kim Strassel is a member of the Wall Street Journal’s editorial board, and the author of the newspaper’s weekly “Potomac Watch” column. She was a guest of the Fordham University College Republicans on Monday, October 6th to speak in Keating 3rd Auditorium on the consequences of the 2014 midterm elections. College Republicans President Benjamin Shull, who is also Editor-in-Chief of the Fordham Political Review, sat down with her after her lecture.

In your recent column in the Wall Street Journal “Why Nancy Pelosi Is Smiling” (op-ed, Sept. 25), you note that the Republican majority in the House is “not often a governing (or governable) one.” Is the hard right of the House GOP doing more to help or to harm prospects for enacting pro-growth and fiscally conservative policies?

I’m not quite sure what the definition of the hard right is. I think one of the problems here is that you had this big shift in the party with a lot of people in the grassroots wanting a lot of changes, and a frustration meanwhile in the House and Senate that Republicans couldn’t really define the agenda. If you get a Republican Senate, this is going to change and suddenly you’re going to unleash a lot of people who have some really creative ideas for how you can solve some budgetary problems. You have to be realistic about what you can do in the House and Senate, and it was a big learning lesson last year for a lot of people during the shutdown in that you have to be able to accomplish the most that you can possibly accomplish. It really doesn’t do anybody any good if you blow it all up and nobody gets even minimal progress. And I think there were a lot of really new people who came into the House in 2010 and they had all the right spirit and all the right ambition, and I think the question is figuring out how to translate some of that into a way that can actually work, given the filibuster in the Senate and the veto pen in the White House.

Although the divide has not been as prominent in recent months, there is certainly a rift between the so-called “Establishment” and “Tea Party” wings of the GOP. You see the tension is especially concentrated towards the establishment, with outside spenders like Club for Growth, Senate Conservatives Fund and Heritage Action seeking to unseat Republican incumbents that they don’t deem conservative enough. Would you say that such tactics have been beneficial or detrimental to GOP success?

What I thought was so fascinating in this primary season is that you began to see a blurring of those edges that you just described between the establishment and Tea Party. One big reason why is because a lot of the people who four years ago called themselves Tea Party and grassroots now run the local Republican chapters in their states. They are now the leadership. So they are in their own way the establishment. It’s not so clear cut anymore who is the “man” in Washington versus who is the grassroots. What you saw this year is a lot of candidates who benefited from that shift and managed to appeal to both the grassroots and the establishment, which resulted in incredibly strong candidates like Ben Sasse in Nebraska and Tom Cotton in Arkansas. There’s nobody inside Washington or outside that hasn’t been pretty excited by those candidacies. I think you’re seeing a maturation of this movement and you have to give a lot of thanks to the Tea Party and the grassroots effort. There’s been a huge amount of reform, and this reform is now to a certain degree becoming mainstream.

Many undecided voters, seeing what they perceive as Republican obstructionism in the House, might be skeptical of what a GOP controlled Senate would look like. What does an effective governing agenda for the Republican Party, as the majority party in both the House and Senate look like, and how can the party communicate that to voters?

The pity is that they didn’t do this prior to the Election season, in the House in particular but really the House and Senate together. They should’ve come out with something like what Nancy Pelosi and the Democrats did in 2006 when they ran to gain their majority. They came out with a very straightforward and simple “six for ‘06” agenda and it had to do with small things like making changes to student loans, raising the minimum wage and things like that. These were things that middle class Americans could understand and say “if we vote to put Nancy Pelosi in power, this is what she’s going to do.” The Republicans really needed to do that going into this election, and I think that had they done so, they’d be in an even better position than they already are to win more seats in the House and do better in the Senate. They can still do it, and they need to do it when they get back from the Midterms. Republicans need to be very concrete and precise, and they need to be talking about doable policy goals.These include repealing the medical device tax in Obamacare or passing the Keystone XL pipeline. But this agenda has to be largely aimed at showing they can accomplish some reform of Obama’s agenda — not all of it; they’re not going to repeal Obamacare or any big stuff like that.

Speaking of the Senate, Majority Leader Harry Reid caused quite an uproar in GOP circles last November when he went nuclear, in effect ending the 60-vote threshold for non-Supreme Court presidential appointments. Now, perhaps this wasn’t the best move for Democrats in retrospect, given the probability of a Republican takeover of the Senate this November. In your view, do you think that a Majority Leader Mitch McConnell, in a GOP-controlled Senate would seek to reinstate the traditional filibuster, or maintain Reid’s rule change and use it against the Democrats?

If Republicans win the Senate, McConnell will return it because he’s going to want the filibuster in place to stop some of Obama’s nominees. The real question is, if they win the presidency in 2016 and retain the Senate, then what do Republicans do? Now, I would argue that regular order, not just in terms of the filibuster but regular order in terms of committee work, amendments, debate — those all really need to return to the Senate. And the problem for Democrats, having set this precedent, is if Republicans get a Republican President and retain the Senate, and there’s a nominee that the Democrats won’t let go through, why wouldn’t Republicans be tempted to just blow it up again?

And lastly, with the rise of the Islamic State in Iraq and Syria, we’ve certainly seen foreign policy and national security take a more prominent role in this election year’s political climate. Do you believe the GOP needs to mold itself as a more hawkish party in the McCain-Graham tradition, or one more wary of intervention, as per Rand Paul to find electoral success this November?

History shows that Republicans do very well when they have a peace through strength message. Republicans are clearly very comfortable talking about the subject and the public usually, but not always trusts them more on the subject. And given the threat we face, we need someone in Congress who is unwavering on these questions because the threat is very, very real and there are people saying that this situation with ISIS is currently more dangerous than what we had with al-Qaeda. Policy wise, it’s better for the Republican Party to be on that side but politically as well. Now, I think Rand Paul has a lot of really interesting ideas about appealing generationally and demographically to new realms of voters but I don’t necessarily think, especially in light of what you’re seeing in foreign policy, that that is the vision of the Republican Party in the near term on foreign policy.