What if I told you that just 30 seconds after sending a text to a friend that that text would be gone forever – that your texting conversations could never be retrieved, found or viewed ever again? Over the past few months this has come to be accepted as impossible or unreasonable because of the revelations regarding NSA technology and its massive information collection. Thanks to businessman, investor and entrepreneur Mark Cuban, however, this is, in fact, a reality.

Cuban and his team have developed a new app called Cyber Dust. It is a new communication app that has revolutionized the way by which people can communicate through text messaging. Each message only lasts 30 seconds, and the app notifies you if the other individual screenshots your message. Unlike Snapchat or other apps that seek to provide timed communication, there is no archive, database, or any such device that stores these conversations; rather, after the 30 seconds these messages are simply deleted forever. All of this technology and effort are based on one general premise: “Every spoken word isn’t recorded. Why should your texts be?”

We sat down with Mr. Cuban to discuss what his goals were behind this app, and how he hopes the app will be utilized going forward.

There’s been some talk about a new app you’re at the helm of called “Cyber Dust.” It has been described as the Snapchat of texting. Could you just give a brief description of the app and an understanding of why you believe people should use this as a substitute for texting?

We live in a world where our digital footprint lives on forever.  Kids today are aware of this issue when it comes to pictures. They know that anything that they post on Facebook, or even in Snapchat can show up at the worst possible time in the future. Unfortunately, they are not as aware of the fact that the same issue applies to their texts.

When we send a text, the minute we hit send, we lose ownership of that text. We don’t however, lose responsibility for it.  We all have saved texts without telling the sender.  99 percent of the time, we delete them at some point. But it’s those texts we often don’t delete that can do the most damage to the sender.  As circumstances change, some make the decision to no longer keep those texts private and to post them on social media. To forward them. To publish them.

Even the seemingly most benign text loses its context over time and can do irreparable harm if published or forwarded. It could be a silly pet name text sent during a relationship. Or a conversation with someone who at the time was unknown, but became famous. It could be points from a business deal that should have been kept private. It can be anything.

In my case, I had the experience of the SEC taking my messages and creating their own context in a jury trial. Whatever I said, they changed the message to fit their needs.  Fortunately the jury saw through it.  But it lead to my creating the app Cyber Dust. Cyber Dust deletes every message 30 seconds after it is read.

We don’t store or cache it on hard drives on the device it is being sent from, or on our servers or on the recipient’s device. It never touches a hard drive. As a result, when it’s gone, it’s gone. It’s not discoverable, subpoena-able — it’s gone. (on Apple devices, we cannot stop screen shots, but we alert you of the fact, and hide the name of the sender. On Android, we do not allow screen shots)

I created and use Cyber Dust for my personal and business “texting”. It’s a safer way to communicate.

Has it been difficult acquiring new users or educating the ordinary consumer? There’s been some complacency about the privacy issue amongst people, so has this made it a problem?

It hasn’t been hard at all because we didn’t make this about encryption or advanced privacy concepts. We made the application look like texting and very fast and simple to use. We didn’t offer a lot of choices during use. Like texting, we wanted it to be “just use it”. It becomes obvious what the app does when the text or picture just disappears visually.

Do you thinks apps of this sort are a start of a new trend? Furthermore, do you think the privacy angle of having untraceable or expiring posts will be a new trend for up and coming social media websites?

I don’t think it will be a trend because it’s counter to all popular apps. Those apps are about sharing. Ours allows you to share to your followers, but it is very private. Most social apps want you to share, and then create a viral effect that allows the recipient to share.  So for social networks no. For messaging, it’s possible that they will add some sort of privacy option, but I don’t think users will trust whether or not they can keep it all separate. With Cyber Dust, users have complete privacy whether doing one to one, or one to many, but we don’t allow the recipient to share anything.

Even with Cyber Dust’s noble goal, do you ever worry about the potential misuse of your app by people with the wrong intentions who want messages to be untraceable?

No. The same could be said about any technology from cars and planes to everything yet to come. There are a thousand ways to do secure messaging to try to avoid detection that are more advanced than us. We are a consumer product. 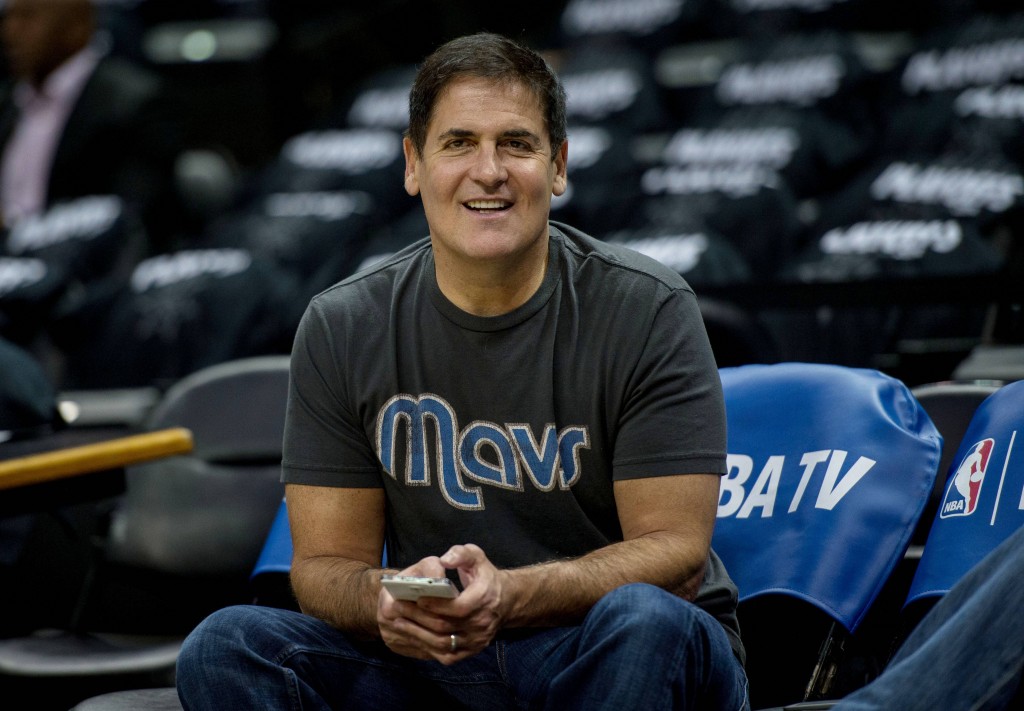 This year the public has heard you speak about the SEC, bigotry in American society, and privacy laws. Do you feel you’ve become more outspoken about political policies and social realities as your career in the public eye has progressed or is it just a coincidence? And if yes why are you more outspoken?

It’s not that I am more outspoken.  It’s that I understand the medium and can use it to my advantage when and if I have a point I want to get across.

When commenting on the privacy side of the Donald Sterling issue you said, “It’s a slippery slope… When we start setting a precedent about what people say privately in their own home or what they’re thinking, that scares the shit out of me.” Looking at the bigger pictures and the way phone records and other information have been massively collected, what is your opinion on the current state of the NSA?

I don’t know enough about NSA policies. It’s always a concern when the government decides to target a citizen’s communications, and there is always the possibility for abuse, it scares me, but I don’t have an answer for it.

In your position as an investor in small businesses and other businesses in general, do you have any concern for your businesses as a result of this surveillance? Does this have any effects on free enterprise?

I don’t have fears about NSA surveillance at all. There are so many things to be concerned about as a small business putting surveillance at the bottom of the list.  I think if you are a big global media, big enough to get the attention of the NSA, that’s a set of problems we don’t even try to address.

There are a lot of students interested in entrepreneurship at Fordham. What is the biggest obstacle that young innovators face today?

I think lack of preparation, lack of knowledge of technology and in particular programming, and the infinite ability to come up with excuses. This is the best time ever to start a business.  It should be easy for students to do so.

Finally what would be a piece of advice you’d give to college students about life/success in general?