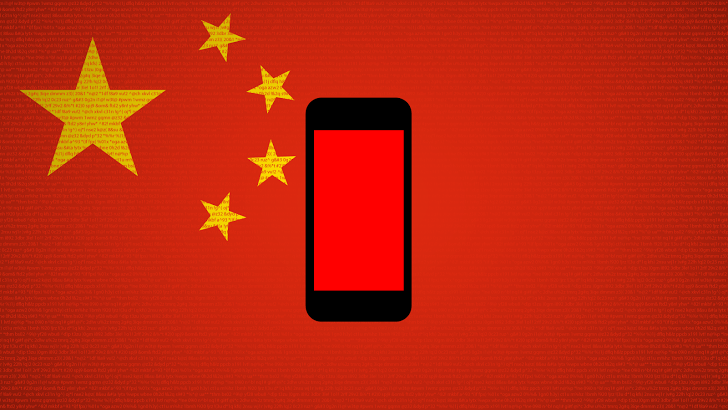 More knowledge than you could ever consume in your lifetime, communication with a loved one despite oceans between you, a lightweight place to capture and store hundreds of photographs and personal messages. These are the tempting promises of the smartphone, that palm-sized keeper to your memories and whereabouts. But like most great promises, the smartphone comes with a price tag, and it’s not just your monthly bill. The tradeoff for owning a device that promises instantaneous global connections is the ongoing problem of international espionage via these digital windows into our inner lives.

The most recent embodiment of this insidious problem is the revelation that at least 120,000 Androids used in the U.S. have been sending personal data back to a Chinese server. The data includes text messages, call logs, and location whereabouts. The Shanghai Adups Technology Company, which developed the software, has claimed that it was designed to be used in China only and that its extension to American phones was a simple mistake. Regardless, American security officials remain suspicious and are still unsure whether this was an attempt at data mining for advertising purposes gone awry, or a deliberate effort to collect intelligence on the U.S.

The damage that malicious hacking could do to our nation is undeniably frightening. Imagine how precarious our security would be if our enemy nations had access to passwords, texts, emails, and other classified information circulated between our top officials, not to mention the locations of the people who keep us safe, being broadcast and updated in real time. This most recent issue with the Shanghai Adups Technology Company was only discovered by chance. A future cyber attack could occur similarly, with the U.S. taking days or weeks to even realize that our security had even been.

This problem highlights the need to bring the manufacturing of smart technology back into our country. It’s foolish for us to leave the production of such sensitive devices up to nations who don’t have our best interests at heart and continue to blindly purchase technology when we know there’s a chance it has been tampered with. This solution is obviously easier said than done, as businesses are naturally inclined to take their manufacturing where it is cheapest, which right now lies outside of American borders. Producing cell phones on our own soil could bring production prices up for companies and could subsequently make the price tag shoot up on the devices by the time they arrive on store shelves.

However, we need to ask ourselves which we value more: our national security, or keeping a luxury item at an affordable price (smartphones are still a luxury, however ubiquitous they might seem). While there is a lot of talk of bringing overseas production back onto our own territory, this is arguably the single most important industry to work on and demands our full attention. Domestic production would still pose potential problems from questionable domestic firms, but it may allow the U.S. to monitor company activity more easily.

It’ll be interesting to see whether President-elect Donald Trump can follow through on his vague promise to bring American manufacturing jobs back here. Now that globalization dominates our markets, it’s unlikely that we’ll be able to extricate ourselves to the degree that he champions. However, with the proper measures, perhaps we can at least regain control over our own smartphones rather than leaving them in the hands of countries with which we have tense relationships and a history of distrust.