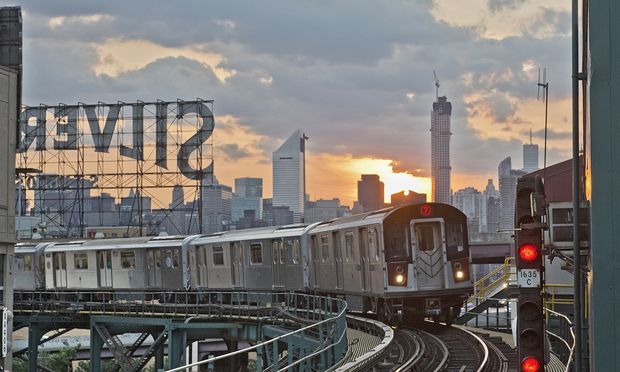 For the 8 million residents who call New York City home, mass transportation is an important aspect of city life. The Metropolitan Transportation Authority provides subway and bus service throughout the five boroughs. However, MTA fare hikes are painfully common occurrences. Seemingly everyday news breaks that the MTA is once again planning to increase the fare of using mass transportation. These fare hikes are simply unjustified by the quality of services and facilities provided, such as stations, bathrooms and train operation. In order to rectify the issue, the MTA must upgrade its facilities management, make technological improvements system-wide and reform fare plans for its riders.

The MTA recently announced two more rounds of fare increases for the next several years. In March 2013, the MTA underwent a fare hike, increasing the standard ride to $2.50 from $2.25, while also increasing the price of weekly tickets to $30, up from $29, and charging $112 for a 30-day unlimited pass, up from $104. Starting in 2015, the MTA plans to increase fares by at least 4% in an effort to finance multiple improvement projects on its aging infrastructure. After a two-year period of stability, the fares will once again rise another 4% in 2017. While the effect of the hikes on base fares is unclear, the cost will likely increase. The cause for concern lies in that projections were indicating that the hikes would be 7.5% each, instead, totaling to a 15% fare hike over the next 3 years. Fortunately, due to a $1.9 billion surplus in their budget, the MTA lowered the fare increase. It is imperative, however, that fare hikes not become a habitual practice for the MTA. The increases begin to add up when calculated in yearly terms. Riders see their fares increase in increments, but there is nearly no visible improvement in services.

In fact, the exact opposite has occurred. For example, nine subway lines experienced significant deterioration in cleanliness, while only the L line was the only line to have become cleaner from 2011 to 2013. Instead, the excess revenue generated from fare hikes is used to cover employees pension plans, debt payments and healthcare costs. The MTA should instead allocate funds from their surplus in the 2013 fiscal year in a manner, which will have a direct positive effect on riders. I propose allocating $500 million to reforming the overall management of stations and individual train cars. This value will satisfy the costs of improving cleanliness while still allowing the MTA to spend its money on other expenditures, such as employees’ healthcare and pension plans. The MTA must draft stricter guidelines regarding the cleanliness of their facilities. Over a span of four years, the MTA should begin beautification projects that improve the subway station environment, such as improving lighting and vermin extermination, particularly in stations that encounter lower volumes of riders. This will necessitate hiring of maintenance professionals, which, in turn will spur economic growth and lower unemployment rates within the city.

In addition to upgrading its facilities, the MTA must also improve the antiquated technology on which it systems rely. For example, the majority of subway lines use the older train cars that are often dilapidated and, therefore, tend to be dirtier, with the exception of the 6 train and L train lines, which feature more modern train cars and provide customers with a more pleasant experience. If amenities such as comfortable seating and more efficient climate control were available on more trains within the fleet, customers would be more willing to pay a higher fare. Furthermore, the modern cars facilitate the dissemination of important information to riders, such as whether an individual train is running on an express or local schedule and which transfer options are available at certain stops.

There are several more points on which the MTA can improve. In a society which has become increasingly dependent on technology, it would be advisable if the MTA provided its patrons with a method of always staying connected. Stations have long since been known as “twilight zones,” in which people are isolated from the outside world from a technological standpoint. Therefore, the MTA must invest in wireless fidelity technologies that would provide an internet connection while in stations and in transit. The current quality of the internet offered is sub-par and is not nearly at the standard that it should be. Offering riders widespread and reliable Wi-Fi service underground would justify increasing fares. Also, the MTA should investigate forming partnerships with major telecommunications companies such as AT&T, Verizon and Sprint in order to improve cellular reception underground.

The MTA must also look into reformations of its subway fare plans. The standard ride costs $2.75 for any distance. A common gripe among subway riders is that there is no solution for those who don’t need to travel long distances. The MTA does not currently offer any fare options that are determined by the length of one’s ride. I would propose that the MTA look to its subsidiary, the Long Island Railroad, for a solution. When purchasing a Long Island Railroad ticket, the amount that one pays for a ticket is contingent upon the distance between the starting point and destination. For example, if one desires to travel from Penn Station to Little Neck, the cost of a peak ticket, which is necessary during high-traffic hours, is $9.50. In contrast, a peak ticket from Penn Station to Montauk is $27. The price discrepancy has a direct correlation to the length of the route. Instead of having a fixed price for all subway rides, the LIRR charges different rates for different types of rides. By adopting the new form of charging fares, the MTA will charge is riders accordingly and not overcharge some patrons and undercharge others. In order to circumvent this issue, the MTA would have to install specialized MetroCard scanners that would only allow riders to exit the station if they had paid for a ticket that had entitled them to exit at that specific station. For example, if a rider wanted to travel from Penn Station-34th Street to 50th Street, they should, for example, pay $1.50 for a ticket that was for that route only. A rider would be unable to exit from 59th Street-Columbus Circle, as they had not paid for the right to travel until that stop. If one needed to exit from a stop beyond what one had paid for, a small fee would be required. Of course, if need be, one could exit at an earlier stop, but not a later one. In cases where multiple transfers among trains are necessary, ticket prices would be discounted to minimize the total price of the fare. By reforming the way in which riders are charged, the MTA would remove any need for substantial fare hikes.

The MTA can also provide some new forms of service. For example, they can introduce flat fare service to and from certain destinations such as from Barclays Center to Penn Station. These rates would remain constant, and the flat rates would only be applicable between certain stations, many of which encounter a high volume of riders daily. Detractors would argue that the system is already so standardized that a reformation would not be effective. However, riders and the MTA would mutually benefit since riders would pay a more justified fare while the MTA would continue to generate a considerable revenue stream.

I encourage the MTA to consider extending the use of student MetroCards to college students in New York City. According to The College Board, the average tuition increase was 3.8% for private institutions and 2.9% at public institutions. It is important to keep in mind that these statistics only reflect an increase in tuition, excluding all other miscellaneous fees such as room and board and class supplies. As a commuter student, the transportation costs accrue quickly. Currently, the privilege of three pro bono rides only extends to grade school students in the five boroughs. I advocate that the MTA allow college students to apply for a student MetroCard. However, it should be a selective process, instead of a guarantee. The selection will be contingent on demonstrated financial need, just as financial aid packages are determined. In fact, the MTA can collaborate with local institutions to include student MetroCards in financial aid packages. This will ensure that the Authority does not lose too much revenue, while still providing a much-needed service to financially strapped students.

New York City’s mass transportation system is one of the largest and most sophisticated in the United States. In 2013, over 1.7 billion passengers entered the subway system. The incredible volume of people transported around the five boroughs is a feat in and of itself. However, compared to the metro system in Washington D.C., for example, which is far better equipped and comfortable, the MTA’s fleet falls short. It’d behoove the MTA to compare itself to other large-scale transportation organizations and see what it can change to model their successes.

The MTA’s mission statement asserts, “The MTA preserves and enhances the quality of life and economic health of the region we serve through the cost-efficient provision of safe, on-time, reliable and clean transportation services.” To a degree, the organization lives up to its standards, but with some conscious effort it can surpass its expectations and justify charging higher fares.