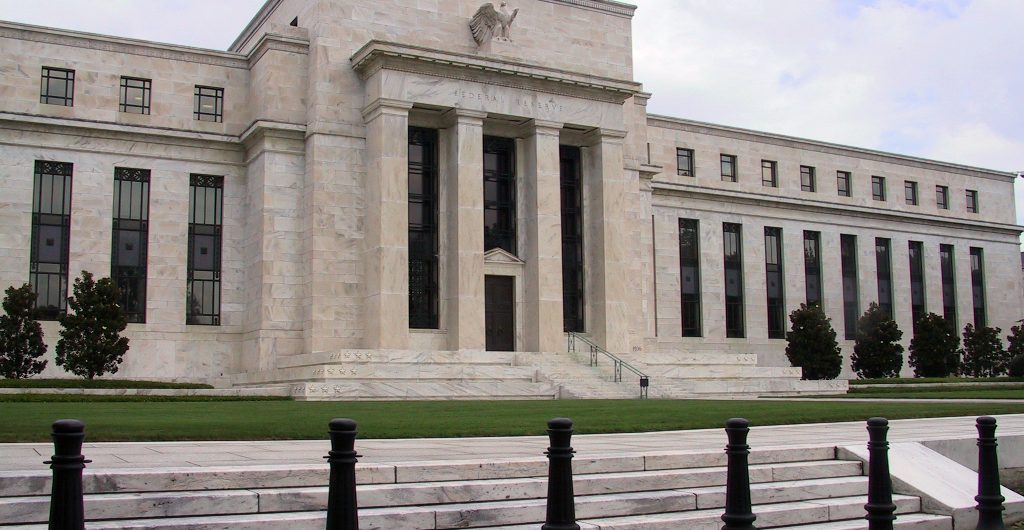 Two important causes of the recent financial crisis were the increasing amount of debt assumed by consumers and the excessive leverage of banks and other financial institutions.  During the decade before the crisis, rates were low, credit was easy, and expectations about the future state of the economy were positive, in large part because of rising real estate values.  Gradually, consumers took on more and more debt.  Between 2000 and 2008, household debt rose from 96% of US personal income to 128%.

At some point, and for reasons unknown, there was a sudden downward revision of acceptable debt levels. Economists Paul Krugman and Gauti Eggertsson, in a paper published in November 2010 titled “Debt, Deleveraging, and the Liquidity Trap,” describe this phenomenon as a “deleveraging shock” or a “Minsky moment.”  The two economists believe that much of the deepening of the financial crisis was caused by a massive and relatively rapid period of deleveraging.  Krugman and Eggertsson posit that this process put the American economy in a liquidity trap, not easily remedied by the traditional tools of monetary policy.  Therefore, they focus on fiscal policy as a principal tool of economic recovery.  A fiscal response to the crisis poses a particularly difficult political and economic conundrum for policy makers. Deficit spending, i.e. using debt to attack a problem originally caused by debt, has become a rallying cry for fiscal hawks on the right, making the prospect of a second round of stimulus spending politically untenable.  One of the purposes of their paper was to determine the immediate and long term effects of deficit speding on the economy, and how fiscal policy can be used as an effective tool to complement the actions of the Federal Reserve.  In the process, the two economists discovered some “topsy-turvy” aspects of deleveraging shocks.

In their model, instead of assuming each actor in an economy is a “representative agent” with equal propensities to assume debt, Krugman and Eggertsson present a more nuanced argument, presenting two general actors in an economy—patient people and impatient people.  The impatient people borrow from the patient people up to a certain limit.  This analysis leads naturally to the conclusions Irving Fisher drew in “Debt-deflation Theory of Great Depressions.”  As Krugman notes, “If debts are specified in nominal terms, and a deleveraging shock leads to falling prices, the real burden of debt rises – and so does the forced decline in debtors’ spending, reinforcing the original shock.”  One startling conclusion of this analysis is that a Minsky moment causes the aggregate demand curve to slope upwards.  As price levels fall, the debtors will demand fewer goods and services because the real burden of their debt has increased.

Three “topsy-turvy” consequences of a theoretical upward sloping aggregate demand curve are the paradoxes of thrift, toil, and flexibility.  In the paradox of thrift, when interest rates are near the zero lower bound, attempts to save more by individuals actually result in a decrease in aggregate savings because of a reduction in consumption and investment.  This macroeconomic effect is not limited to upward sloping aggregate demand curves, but the new model gives a reason why interest rates would fall to the zero lower bound where this effect is more prevalent.  The other two paradoxes are lesser known, and are a unique effect of an upward sloping aggregate demand curve.  The paradox of toil is that when aggregate supply shifts outward (perhaps due to an increase in productivity or technological innovation), output actually declines.  The paradox of flexibility says that if workers are more willing to take wage cuts, a decrease in the price level causes a greater increase in unemployment than if workers were less flexible.

In terms of fiscal policy, the model adds some insight into what steps should be taken after a deleveraging shock in order to avoid or limit output declines.  The model says that people take on different levels of debt, and thus face different constraints after a deleveraging shock.  Furthermore, the model says that those who did not take on that much debt—the patient people—should take on more debt after the shock to allow others to recover.  Within the context of the crisis, the private sector borrowed excessively and became increasingly constrained by the real value of their debt as price levels fell.  Therefore, they argue that government can help remedy this situation and allow the economy to steady unemployment and deflation by assuming more debt and allowing the private sector to repair its balance sheet.  Once the crisis event has passed, then the government can then begin to reduce the deficit.

The economic stimulus plan of 2008 presents us with an apt example of the sort of fiscal policy, Krugman and Eggertsson present.  Although we avoided a full –fledged depression, we experienced the worst unemployment levels since the Great Depression. Krugman and Eggertsson’s model neglects to examine the muted effect that deficit spending tends ot have on high levels of unemployment, rather, the models posits that unemployment levels with remain steady while the private sector repairs its balance sheets. At any rate, it is probably too early to determine the extent to which the economic stimulus succeeded or failed.

Of course, the model is susceptible to other criticisms.  Government spending projects can be slow and inefficient, and excessive debt accumulation by the government often leads to inflation as the monetary policy is forced to respond to an expanded money supply. Also, it is necessary for the government to make an effort to repay its debts during less volatile times, a decision which is not always a political feasible. In addition, there are inherent vulnerabilities to discretionary policies, both monetary and fiscal.  To the greatest extent possible, governments should attempt to plan for crises such as deleveraging shocks and should articulate possible responses beforehand rather than dealing with them on an ad hoc basis.  In conjunction with fiscal policy, there should be a greate focus on instituting consistent monetary policy, such as one that is guided by the Taylor Rule. Both of these suggestions will help expectations shift more quickly during periods of financial crisis and prevent extended periods of output loss.