Strict Standards: Declaration of Custom_Menu_Wizard_Sorter::walk() should be compatible with Walker::walk($elements, $max_depth, ...$args) in /home/s2ncq8pxua8t/public_html/wp-content/plugins/custom-menu-wizard/include/class.sorter.php on line 0
 Hey! Teachers! Leave Them Kids Alone! The Fight for Education in America – FORDHAM POLITICAL REVIEW
Skip to content
Latest News
The Right is on the Rise in the U.S. But it’s Failing Elsewhere.
Race and Wrongful Convictions
Midterm Elections to Test Trump’s Influence on Republican Party
A Story You Might Have Missed – A Climate Activist and the Supreme Court
A Step in The Right Direction: What Biden’s Reaffirmation of the Armenian Genocide Means for the Future of Human Rights 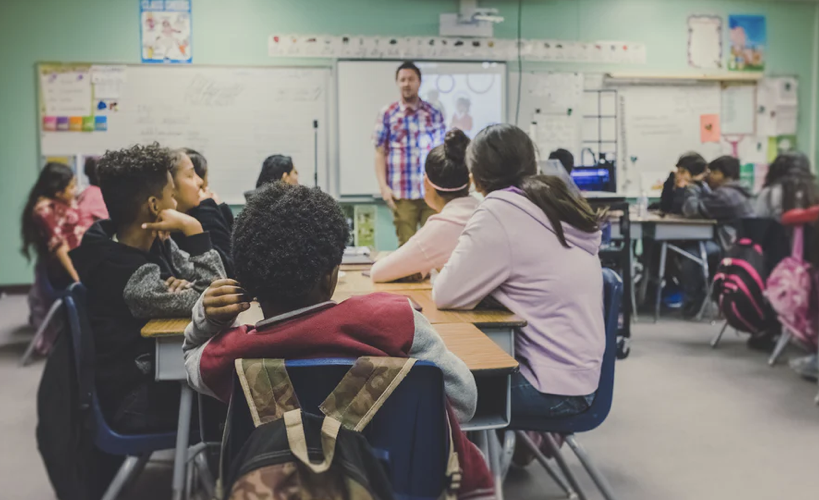 What’s the deal with American governmental programs and institutions being so ironically named? The PATRIOT Act was anything but patriotic, the Department of Justice is unjust, and the Government Accountability Office… well the joke writes itself there. But I want to focus on the second of these, the DOJ, headed by Attorney General Merrick Garland.

On October 4, Garland sent out a memo which directed the FBI to coordinate with the nation’s 14,000 school districts to combat an alleged “disturbing spike in harassment, intimidation, and threats of violence against school administrators, board members, teachers, and staff who participate in the vital work of running our nation’s public schools.” Of course, Garland doesn’t cite a single case of this supposed violence or harassment, but why would the government lie to us? That’s not something they’d ever do, right?

The Attorney General of the United States has instructed the FBI to take time away from their busy schedule of ignoring credible reports against child molester Larry Nassar and investigating door-pull ropes in fabricated hate crimes to treat concerned American parents practicing their constitutional rights as “domestic terrorists.” No really, that’s what the National School Boards Association said in their letter to Joe Biden and the DOJ. If you dare attempt to have a say in what your child is being taught in the public school you pay for with your tax dollars, you are equivalent to Al-Qaeda or ISIS.

The only recent “spike” of anything is the uptick of school board and community meetings where parents have finally taken a stand against the indoctrination and abuse of their children. While some parents have acted rowdy, that hardly makes them domestic terrorists. Instead, they are tired of the needs of students, their children, being put last. They are tired of the superfluous masking, the constant school closures when a single student gets Covid-19, and the utter failure of online education. All of these policies are pushed by the schools and the teachers’ unions, despite the fact that children have an extremely low rate of severe illness and death from this overblown, now endemic, disease that already has an astronomically low death rate.

America’s parents are more than just fed up with the Covid responses, they are also waking up to what exactly it is their children are being taught by this country’s self-described “real heroes,” the ever-humble teachers. These so-called “heroes” are pushing the divisive, racist, Marxist ideology of critical race theory. While some may argue that technically, CRT isn’t being taught in K-12 schools, the argument is purely semantic. The teachers teach the same ideas that say America is an evil, racist society, and that White children are evil, and Black children are destined to failure because of their skin color. These teachings pit America’s children against each other in order to perpetuate racial conflict and animus for the sole benefit of the elites, who seek to keep us ignorant and distracted while they destroy and degrade our society and culture for their profit.

Parents are tired of their tax money being used to indoctrinate their own children to hate their country, culture, values and principles. They do not wish to see America led down the path of divisive, communist propaganda pushed by race-baiters like Ibram X. Kendi and rich, out-of-touch White woman Robin DiAngelo, who thinks all White people have the same inability to have normal interactions with minorities as she does. Yet despite parents’ reasonable issues with the way their children are being taught, the Biden administration and AG Garland are still pushing for an investigation, and they are labeling these concerned citizens, who are practicing their rights, as domestic terrorists. This direction by the Attorney General wouldn’t have anything to do with Garland’s son-in-law’s company, Panorama Education, actively selling CRT curricula to over 20,000 schools, would it? Nepotism? What’s that? My heroic teachers were too busy sexually assaulting over 15,000 school children annually to teach me vocabulary. It’s no wonder American grades have stagnated over the last few decades and our global education ranking has fallen, despite education spending greatly increasing.

Parents need to continue to take a stand, and despite what Virginia gubernatorial candidate Terry McAuliffe says, parents absolutely have not only a right, but an obligation, to tell schools what they should teach their kids. Public schools have failed, as seen in the aforementioned statistics. These “heroes,” and the school boards who support them, have shut down meetings, turned off mics, and even insulted and mocked parents behind closed doors. It’s not the state’s job to raise children. The government shouldn’t even be in the business of education, and I’m more than happy to write about that if the readers want it, but that’s a story for another time.

My advice is this: get involved in school board elections and be the change you want to see. Gather up local support and start from the bottom up. Get the indoctrination out of our school system. If you have the means to do so, send your kids to private school, charter school, or homeschool them. They will be much better off for it. If the public schools are starved for students, they will be forced to either change or die. The time for apathy is over, America’s parents need to keep this resistance up and save their children’s future.