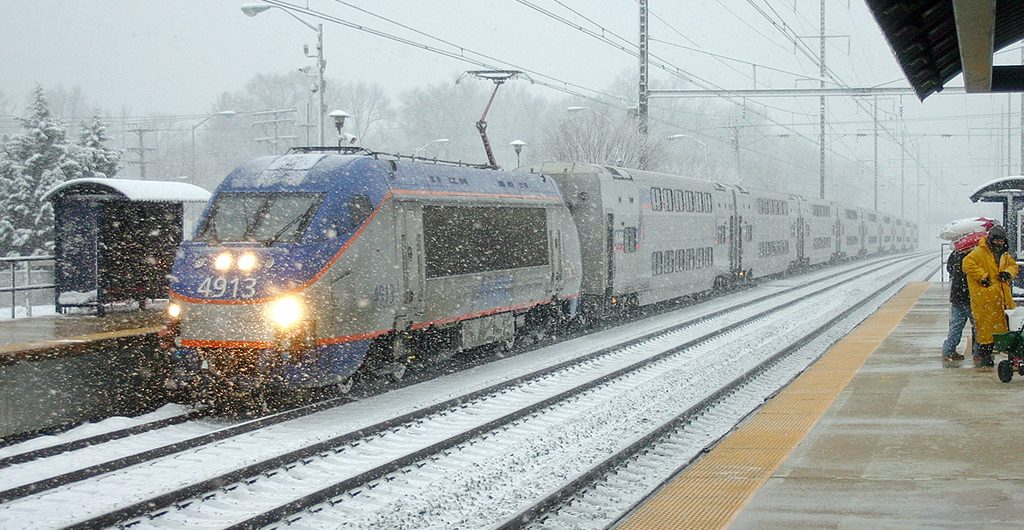 In Europe, the railroad industry constitutes the majority of transportation and its trains are able to achieve speeds of around 225 mph.  America’s railroad industry still remains outdated with trains only reaching up to 150 mph. The obvious differences between the two industries leads us to believe that the only practical solution is to build an entirely new railway that will connect all of the United States. While this argument is hopeful, it is very flawed. Unlike Europe, America’s population centers are more scattered and traveling via train from New York to Los Angeles would simply be unnecessary when airlines will get you there in half the time. Yet in certain regions such as the Northeast Corridor, hailed as the most busy corridor in the world, high-speed trains makes much more sense. In fact, according to the Department of Transportation, trains are equally as quick as airlines once waiting times and delays are factored in. In 2009, President Obama launched both the High Speed Intercity Passenger Rail (HSIPR), allowing high-speed trains to be accessible to 80% of Americans by 2020, and also the American Recovery and Reinvestment Act of 2009, allotting $8 billion for the construction of high-speed railways in five primary regions: California, Washington, Texas, the Midwest, and the Northeast. In April of 2009, Obama stated, “Imagine whisking through towns at speeds over 100 miles an hour, walking only a few steps to public transportation, and ending up just blocks from your destination. Imagine what a great project that would be to rebuild America.” Most opposing this decision would argue that America should not rebuild a new railroad, but rather update the current one. It is impossible to simply update it, however, and thus, we must rebuild.

In order to understand the value of a high-speed railway, it is essential to understand Amtrak. Congress created Amtrak in 1970 as a governmentally subsidized corporation and the government and taxpayers have provided it with over $1.5 billion annually since then. Yet the cooperation loses millions every year, not on short-distance trips such as those in the Northeast Corridor, but on long ones of more than 750 miles, which now account for less than 25% of total trips. At first glance, Amtrak seems completely wasteful and inefficient in comparison to airlines. In an exclusive Fordham Political Review interview, Terry Foley, former Senior Director of Real Estate Development for Amtrak, stated that Amtrak covers 85% of the total cost of all its maintenance and infrastructure. However, it is wrong to believe that airlines, since they are privatized, are doing much better. In fact, Foley argues, the government heavily subsidized the airlines, so much so that the government builds every airport and the government pays for nearly all connection flights. Thus, Amtrak is unprofitable only because it must covers the cost of nearly all its expenses, yet it still accounts for the majority of transportation in the corridors targeted in the HSIPR. In the Northeast Corridor alone, where 50% of America’s most severe traffic occurs, Amtrak carries 3 passengers to 1 against the airlines. In 2013, Amtrak broke another record with 31.6 million travelers, roughly 11 million being in the Northeast.

In the past, the railroad industry has been criticized by opponents as failing and thus, in the past ten years, Amtrak has undergone major developments. Eleanor Randolph argues in her New York Times piece, “Amtrak: Not a Money Pit, After All,” that Amtrak is instigating major changes in transportation. Randolph cites an interview with Tony Coscia, the chairman of Amtrak’s board of directors, detailing three reasons for the sudden revival of the company: first, Amtrak has modernized the company so that Wi-Fi is complimentary on all trains and there is now more legroom; second, as other types of transportation become less enjoyable, train travel has remained consistent, becoming much more sought-after; finally, trains are less stressful compared to alternatives – one can work on a laptop, take a comfortable nap, and walk around at all times. Trains are becoming the first choice on short trips and thus, we no longer wonder if high-speed trains are coming to the United States, but when.

America’s first attempt for a high-speed train is the Acela Express, operating throughout the northeast corridor from Boston to Washington D.C. since 1999. It reaches speeds of up to 150 mph, taking 3 hours and 40 minutes to travel from Boston to New York. A one-way business class ticket (only business and first-class) will cost between $109 and $150. Yet, even though Amtrak has modernized the train experience with free Wi-Fi, quiet cars, and café lounges, the railroads themselves are far outdated. In order to update them, it would cost an outrageous amount. In fact, the railroad is so outdated that only two sections of the railroad in Rhode Island and Massachusetts are actually equipped for the Acela to run at its highest speed of 150 mph, dropping its average down to only 70 mph.

A ride on a high-speed Amtrak train.
Video by Amtrak.

Acela uses tilting technology (seen clearly on racetracks) so that the train can travel around bends at high speeds without having its passengers feel the centripetal force. It also requires overhead electrical power lines and in 2000, the 450-mile stretch between New Haven and Boston had them installed. When asked about the Acela, Foley commented, “Acela is high-speed in name only.” He goes on to explain that because Acela operates on the regional tracks and requires tilting technology, he claims that it would simply be impossible to update all regional trains to work on such tracks as they do not travel at the same speeds and would tip. Thus, under the HSIPR, a separate high-speed railroad would be constructed and thus, it would quicken travel on regional and commuter rails, as Acela and highs-speed trains would no longer run on such rails. Just this past week, Amtrak revealed 70 new locomotives, dubbed as the Amtrak Cities Sprinter, and will release two every month to operate as part of the Northeast Regional service. The train will reach speeds of up to 125 mph and will pull up to 19 coach cars. More importantly, each locomotive requires components from 69 American manufacturers in 23 states, bringing jobs back into the economy.

The most important aspect of building a high-speed rail is the economic incentives. Currently, one out of six Americans lives in the Northeast Corridor and one out of five lives within 30 minutes of a railway. More importantly, one-third of all American companies are located in the corridor. Just this week, Vice President Joe Biden claimed that annually, America loses $51 billion in productivity due to traffic jams. In all, high-speed rails must be a priority for Americans now more than ever.

The central debate opposing high-speed rail is that train travel is already more expensive than flying so why make the switch? This answer is very simple: the government heavily subsidizes airlines already, making it much cheaper to fly short flights. Amtrak, on the other hand, covers 85% of their total cost, making the price per ticket higher as it must take into account the costs of maintenance and infrastructure. On a different note, train transportation is much more environmentally friendly, as it is 73% more fuel efficient than planes, and 36% more  so than cars. The most crucial benefit of train transportation is that since Amtrak modernized its trains, they now allow for a much more productive environment – one that is not at all available while driving or flying. In all, the government should remove the majority of its subsidies for the airlines and allot them to Amtrak.

Since the federal government is now placing more of an emphasis on high-speed rail – with Joe Biden describing the Northeast Corridor as a ‘critical artery’ this week– it is no surprise that Amtrak unveiled the American City Sprinter this past week, hinting at a drastic overhaul soon to begin in the American railroad industry.

19 thoughts on “High-Speed Rail: Time for an Upgrade, Not an Undertaking”