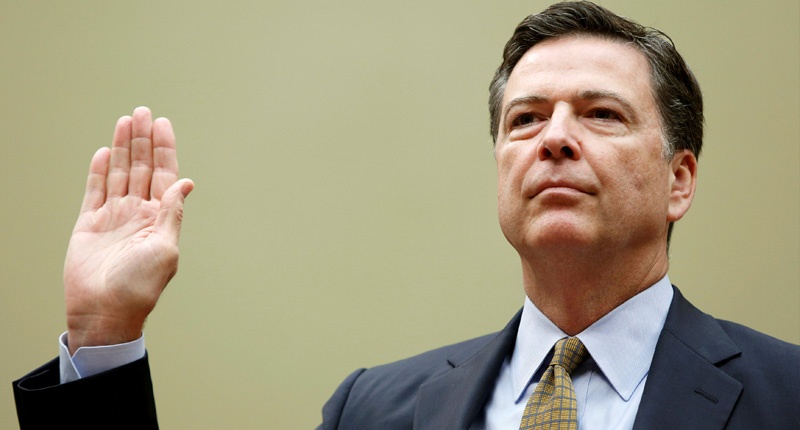 For an historically calamitous presidential election cycle, Hillary Clinton’s campaign was handed a deafening blow just a week out from Election Day. In an October that broke historically low ground for scandal and controversy, mudslinging, and inflammatory remarks, it is altogether fitting that the month culminated with what has been the crème de la crème of controversies this election cycle: Clinton’s emails.

As Canadian PM Justin Trudeau might say, “Because it’s 2016.”

As of now, we are left to speculate on just what exactly prompted the FBI to reopen its investigation. Both candidates have not withheld from speaking on the issue in terms that work favorably to their respective political messages. Trump and his surrogates have openly suggested that the FBI must have encountered something so unflinchingly damning as to necessarily guarantee a Clinton indictment. The former secretary of state, however, appears undeterred by these claims, dismissing the allegations as a baseless distraction that her opposition is exploiting to revitalize a campaign badly tarnished by its own self-inflicted wounds.

While there is undoubtedly truth to this claim, it cannot be overstated just how much of an impact this probe will have on a quickly tightening presidential race coming down the home stretch. Since the news broke, over one third of Clinton supporters have professed they are now less likely to vote for their candidate, which is particularly worrisome for a campaign that has fallen behind in the key battleground state of Ohio, and has by some polls lost major ground in the crucial swing state of Florida, which is considered the most important state for deciding the election. Given Trump’s only expanding lead among white Floridian voters, Clinton’s campaign is desperately scrambling to limit the bleeding just enough to allow her to make it over the finish line.

Once the honeymoon days are over if Clinton is elected, it is likely her administration will find itself plagued by a throbbing headache once the American people come to terms with having just elected the most unpopular candidate in presidential history. Granted, the same could also be said about electing Trump, but an active criminal investigation will only severely hamper her credibility for as long as it drags out.

Regardless of the outcome, Clinton is going to have a long road ahead. A prolonged criminal investigation will not only tarnish her legitimacy as president, but it will be a major distraction that will severely hamper her administration from moving forward with its policy agenda, at least during her critically important first 100 days. Moreover, even in the (unlikely) scenario she gets off scot-free yet again, the time committed to the investigation will serve as a superfluous distraction for a country in desperate need to reunify after an election that will almost certainly agitate the wounds of extant polarization.

If the FBI does find sufficient evidence to prosecute Clinton, the United States will become embroiled in its largest political scandal since Watergate, which would be devastating for the deeply divided country. Ultimately, the Clinton campaign is praying that their candidate’s record is indeed, as she tenaciously purports, exonerated from criminal misconduct. But unless the FBI is acting purely as a vehicle for the Republican Party, which is an ill-founded conspiracy, the question remains: Why on earth was it impelled to reopen this investigation on the eve of this election’s climax when the political stakes are at their highest?

We shall know soon enough, but we may wish we hadn’t once we do.