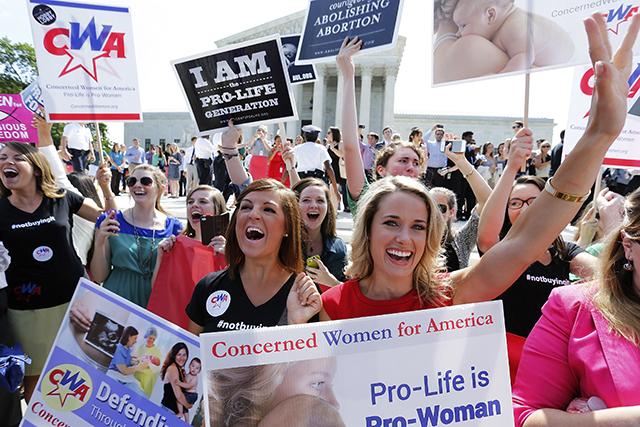 An old Latin proverb states, “parva leves capiunt animas,” which translates roughly to “small things occupy small minds.” Indeed, the background question lingering among many current political discussions goes as follows: are you in favor of women’s rights or are you in favor of religious freedom? To those even casually following the recent Supreme Court ruling in Burwell v. Hobby Lobby, the reactions from those in the political sphere are both disheartening—as a whole and in their details—and antithetical to a sensible national conversation. Likewise, there is hardly a sense of bona fide at play in the mainstream media, where commentators are unquestionably more focused on their own partisan objectives than on finding some reasonable common ground. Two tenants of Americanism—religious freedom and women’s rights—have been presented as increasingly opposed to one other, such that the public must choose one or the other as an overarching principle and discard the other. Yet, if one briefly sees past the populist tactics of politicians, it is not difficult to discern that this could not be further from the truth.

It would seem as though there exists an irreconcilable dichotomy and that the attentions of religious liberty must always come before the concerns of women’s rights activists, or vice versa. Not only is this sort of narrow-mindedness an unsurprising component of the current social climate, it is also dangerous to the prospects of advancing the very real concerns of those parties with tangible things to gain or lose, in what has become a depressing display of political falsehoods and out-of-place religious imagery. Many of the prominent figures that applaud Hobby Lobby, as well as many of those who disagree with the Supreme Court on the ruling, have been blinded by the interests of their parties and ideologies, and have a selfish blood on their hands that is continually being smeared across the public domain. As a result, the American public is further infected with hyper-partisanship. Folks, it doesn’t have to be this way.

Sometimes broad, inclusive language—though generally lauded as a good thing—is not always constructive to dialogue. The “left wing” in the United States, despite what the press releases from the Democratic Party might imply, does not represent all American women. Nor do they represent all feminists. Furthermore, they do not represent all the women for whom birth control is a serious political issue of concern. On the other side, the “right wing” is hardly some body of all the “people of faith” in the country. Although many religious organizations, including Catholic bishops have sided with the Republican leadership on Hobby Lobby, this does not imply that they are in the religious camp and the proponents of birth control coverage in the other. The narrative that both sides seem to employ has real consequences, as each side antagonizes the other by using name-calling. This is far more juvenile than it is productive.

An even worse narrative that continues to appear is that women vote solely on the issue of birth control, a likely result of both heavy Democratic emphasis on the issue and inappropriate Republican stereotyping. How is it thinkable for people of good intentions to sort out the magnitudes of such a ruling when the President and his staff, in a move that was far beneath the dignity of his office, posted on his Twitter page the questionably inaccurate, “throwback to last week when a woman—not her boss—made her own decisions about her health care.” How is it possible for people who seek a genuine solution to the concerns raised by Hobby Lobby to gain any ground when many in the “right wing,” in their own sort-of throwback to the Moral Majority days, seem to imply in public statements that the Founding Fathers, the patrimony of American idealism, and perhaps even God himself are on their side? Evidently, the country is quickly going nowhere on this issue because a conversation is once again impeded by buzz words, all-encompassing language, deeply entrenched special interests, and the prospect of winning elections through what can only be described as propaganda.

Justice Ruth Bader Ginsburg raised an excellent point in her dissent that can hardly be glossed over when she asked, “Would the exemption… extend to employers with religiously grounded objections to blood transfusions (Jehovah’s Witnesses); antidepressants (Scientologists); medications derived from pigs, including anesthesia, intravenous fluids, and pills coated with gelatin (certain Muslims, Jews, and Hindus); and vaccinations [?] … Not much help there for the lower courts bound by today’s decision.” Both sides must attest that this is a legitimate point that follows from the court’s verdict. Meanwhile, Rick Santorum is making a movie about Hobby Lobby, and Sandra Fluke is making her rounds criticizing the case with incredibly divisive language. How would it be even remotely conceivable to address Justice Ginsburg’s very real concern amidst the political minefield that the ruling has become?

Certainly, the left wing is correct about one thing: women’s rights are a precious component of the American tradition that must be protected. And the right wing is truthful about one thing as well: religious liberty is a cherished part of that same tradition that must be safeguarded. Both concepts were instituted at different periods of history, and while their specifics are perhaps still evolving, this American experiment cannot succeed without them. Thus, as a country, we do not need to cut off the nose to spite the face. The shameful and fruitlessly destructive overreaction to Hobby Lobby from both sides will damage the futures of both principles—and likely already has. The debate begins not with an “or,” but with an “and.” It is not plausible to believe that women can only have access to birth control if faith-based principles must be violated; it is equally implausible to assert that the spiritual consciences of business owners must be desecrated for their employees to make informed healthcare decisions with their doctors. Only a small mind would look at these values and resolve the small conclusion that they cannot coexist in the country that has arguably done the most to advance their causes.