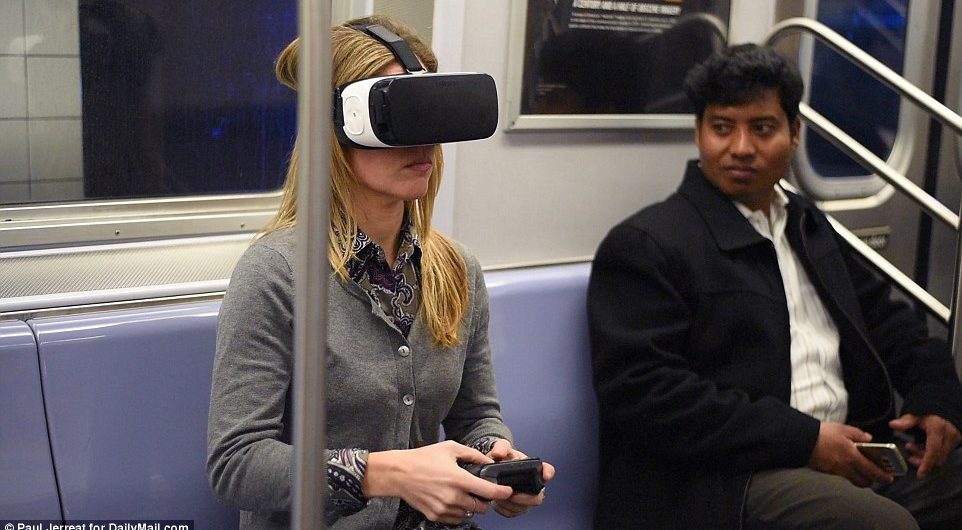 Amazing new inventions are hitting the markets every year, and the nation’s political, economic, and technological landscapes are vastly different today than they were even a decade ago. It’s the age of disruptive technology, which can loosely be summed up as an invention (or a set of them) that radically alters the face of a market, changing the way that the actors in it do business. Tech giants are picking up on the craze – in 2014, Facebook purchased Oculus Rift (a virtual reality software start-up) in a widely-publicized deal for a massive $2 billion. Shortly afterwards, Facebook CEO Mark Zuckerberg commented, “This is really a new communication platform … Imagine sharing not just moments with your friends online, but entire experiences and adventures.”

By far, one the most incredible disruptive technologies just hitting the markets is virtual reality software. It has the potential to change every facet of people’s lives, and drastically change the ways in which we do business. Virtual reality’s potential lies in its ability to essentially create an alternate universe – stored in a computing device or cloud service – with unlimited capacities for human control. This has strong implications for everything from how NASA does research for space travel to how doctors might consult with patients, or how companies might use office space for business activity. People already telecommute from home today. A company that eventually wants to get fixed assets off its balance sheets might sell its buildings altogether in favor of virtual office space, which is cheaper and more convenient for both the company and its workers.

Real-estate and tourism industries will be affected, too. If you want to buy a home in California without paying for a plane ticket to see it, a virtual reality real-estate agency could show you around the inside of the home. Have you dreamed of seeing the Louvre since you were a kid but don’t have time for a trip all the way to France? Virtual reality can take you there. There’s even been research to show that virtual reality can help NASA replicate the surface of Mars based on data they’ve collected, allowing them to study it with their computers instead of sending a robot or person physically there.

It might sound rather fantastical, but the reality is that VR has the potential to change the way we do just about everything. Its capacity to change our lives in unlimited; the only barrier is how much energy we can push into our devices to support the system. And once VR gets married to artificial intelligence (another disruptive technology), the ramifications for society will be pretty incredible. Procedurally generated or randomized virtual worlds populated by intelligent, sophisticated artificial intelligence systems could become a reality. Artificial intelligence, as well, can vastly improve our abilities to collect, clean, and interpret data, so that we have a better handle on making educated decisions.

Other disruptive technologies include the use of drones and self-driving cars, both of which can have major impacts on American life. Traffic laws might change significantly, as well as the ways people commute to work. Entire philosophy classes will be dedicated to the study of ethics of self-driving cars. In the event of an imminent crash, who does the car choose to protect? Which driver? If there are people in the crosswalk or on the sidewalk with no room to maneuver, how does the car choose which way to go or whom to hit?

Drones, as well, have vast business, economic, and privacy implications. The FAA has already developed regulations to try to control where they’re allowed to fly, but the drones themselves are being used from everything including burrito delivery (re: Chipotle’s test run on college campuses) to delivery of valuable packages to use in entertainment due to their abilities to carry high-quality cameras and recording systems. The Pentagon, too, has already developed an artificially-intelligent drone that can differentiate armed targets from civilians and hone in with a set of lethal weaponry.

Disruptive technologies, by definition, alter markets and economic landscapes. Their capacity to change both our country and the world is staggering, and many of them represent strong opportunities for growth. Virtual reality, in particular, could orchestrate the beginning of an entirely different way that we interact with others – as Zuckerberg mentioned, it’s a new form of communication. The potential for it to fundamentally improve the human experience is unlimited, from traversing dangerous medieval lands to exploring the surface of Mars, VR will forever change the way we connect with others.