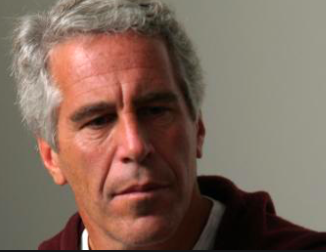 Thanksgiving is the quintessential American holiday, and it is the foundational story of this country. When the pilgrims landed in what would become Plymouth, Massachusetts, after completely missing their original destination of the mouth of the Hudson River, they happened to come across Squanto, the only man in the entire hemisphere who happened to speak English and believe in Christianity. The rest of the story would go down in history, with the pilgrims and the Native Americans sharing a feast and giving thanks to commemorate their cooperation and peaceful coexistence. The truthfulness of this story is dubious at best, but, regardless of that fact, it has been memorialized in American history. The holiday remains a cornerstone of American life to this day and a favorite among many.

My Thanksgiving occurred a mere 30 miles north from where this first Thanksgiving occurred, in Quincy, Massachusetts, at my aunt and uncle’s home. Our family is a large and diverse one: ages running from early teens to late eighties, religious beliefs ranging from Catholic to Jewish to atheist, ethnicities stretching from Irish to Lithuanian, and politics ranging from Republican to Democrat. It goes without saying that such a large group of people with many diverse opinions and lifestyles would inevitably have some disagreements, and this is absolutely right. Needless to say, like most American families who discuss politics at Thanksgiving, many arguments broke out over the 2020 presidential race, local politics, and political candidates, just to name a few. However, one thing brought everyone together in agreement at that dinner table, and it wasn’t the delicious turkey being served. It was something so scarcely covered by the mainstream media, yet constantly discussed online. I am of course referring to the curious case of the death of Jeffrey Epstein.

Jeffrey Epstein was a mysterious figure, even during his lifetime. He began his career as a high school physics teacher in the Upper East Side of Manhattan but soon moved to financing and, eventually, hedge fund management for exclusively billionaires. He would set up cameras in his residences to acquire photographic evidence of the people whose funds he was managing performing sexual acts with underage girls and use them as blackmail in order to get them to not only stay in his hedge fund but also to get them to convince others to join as well, and thus the cycle would continue. Eventually, he was charged in 2008 for prostituting a girl under the age of eighteen, but this would only be the tip of the iceberg in terms of his crimes, as he was charged for seuxal crimes over 10 times, including posthumously. Once his seven story New York City mansion was raided by police in 2018, they found thousands of sexually explicit photographs of young women, and some of them were underaged. They also found CD’s hand labeled as “Young [Name] + [Name],” “Misc nudes 1,” and “Girl pics nude” in a locked safe, and Epstein himself even admitted that this was blackmail in an off-the-record interview with a New York Times reporter, saying that he had information on very powerful people about their sexual activities with these underage girls.

Besides his residence in New York, Epstein also owned a private island in the U.S. Virgin Islands, known officially as Little St. James and nicknamed “Pedophile Island.” Epstein owned a private Boeing 747 nicknamed the “Lolita Express” after the famous novel Lolita, in which a pedophile obsesses over and eventually sexually abuses a twelve-year-old girl. Epstein kept records of his flights and who was on them in a little black book with over 1,000 names, including: President Bill Clinton, Prince Andrew of the United Kingdom, Harvey Weinstein, Woody Allen, Michael Bloomberg, Michael Jackson, Alec Baldwin, former British Prime Minister Tony Blair and Saudi Crown Prince Mohammed Bin Salman, just to name a few. Having this many influential and powerful people travel to Pedophile Island is certainly unsettling to say the least, and their money and power will almost certainly prevent them from facing the consequences of their apparent actions. Of course, after years of bringing the world’s most rich and powerful to his island, Epstein was finally arrested at Teterboro Airport in New Jersey in July of 2019. On July 23, Epstein attempted to commit suicide while in the Metropolitan Correctional Center in New York City, and he was then put on suicide watch. He was then taken off suicide watch a few days later, and, on August 10, he was found dead in his cell, the day he was supposed to testify in court and reveal to the public his records of the various people who came to his island and performed heinous acts. His death was ruled suicide by NYC’s chief medical examiner, and the media ran this story, claiming that Epstein’s death was an unfortunate suicide.

The question still remains: was taking Epstein off of suicide watch a fatal mistake, or was there something more sinister involved? He was supposed to have guards checking up on him every 30 minutes, but both of them fell asleep on the morning of his supposed suicide. The cameras in his cell also simultaneously malfunctioned, as well as all of the cameras watching the entrances and exits of the prison all miraculously stopped working at the same time. The idea of these being mere coincidence seems highly unlikely to most people, but this is just the tip of the iceberg. The two prisoners in the cells either side of his heard screaming and struggling coming from Epstein’s cell the morning he died, which does not happen when someone asphyxiates themselves. His brother hired world-renowned forensic pathologist Dr. Michael Baden, who has autopsied more than 2,000 bodies, to perform an autopsy. His findings of a broken hyoid bone, as well as multiple fractures on the larynx and hemorrhages in his eyes, are quite common in homicidal strangulation and not at all common in suicidal hangings. A man who has dedicated his life to performing autopsies like this is the premier expert in the field, and his opinion seems more trustworthy than that of a New York state official who not only works in the most corrupt state in the union but also the home city of Epstein, who had many powerful connections there. The timing of this supposed suicide and all of this evidence, not to mention his connections to many powerful people who would not wish to have their reputations ruined, suggests foul play. But the question still remains: If Jeffrey Epstein did not kill himself, then who killed him? This question has many possible answers, with many casting the blame on the Clintons, adding another number to the supposed “Clinton Body Count”, and with others blaming President Trump for his conveniently timed demise. It cannot be said for sure who exactly is responsible for the murder of Jeffrey Epstein, but the facts seem to suggest that someone rich and powerful whom Epstein had dirt on is the most likely culprit; this of course being because the rich and powerful so often use their money and influence to get away with crimes and other offenses without punishment.

This brings us back to Thanksgiving. After all the facts were discussed and reviewed, every single person at dinner that night was convinced that Epstein’s death was no suicide, much like the other 66% of Americans who would either believe he was murdered or are unsure. While no one was certain who was ultimately responsible, a popular opinion was the Clintons, seeing as Bill was a frequent flyer with Epstein, taking his private jet over 26 times (without Secret Service accompaniment to boot), as well as his previous history with younger women. At the end of the night, the whole family, with all of our different backgrounds, beliefs, and opinions, all managed to come together and agree on one thing: Jeffrey Epstein most certainly did not kill himself. So, much like the legendary story of the pilgrims and Native Americans putting aside their differences to share a meal together and give thanks, we too put aside our political disagreements and came together in the understanding that not only did this monstrous man not commit suicide but also in the great fear that there are thousands upon thousands of rich and powerful pedophiles who are escaping justice and continuing to terrorize this world with their heinous actions. So don’t let politics divide your family next Thanksgiving, and, instead, focus on uniting everyone against the people who use their money and power to circumvent the law, and of course, be sure to remind everyone that Pedophile Island was a place that existed which the mainstream media barely gave any attention too.