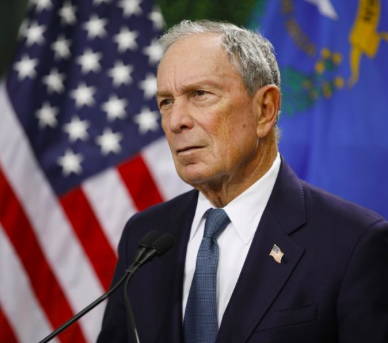 Well, the two-party system is a mess, but what else is new?

After the chaos in Iowa (Bernie won the popular vote but Buttigieg won the Electoral College delegate game — this sounds familiar) and the surprising results of New Hampshire (Bernie, Buttigieg, and Klobuchar, of all people, were the top three), both the Democrats and Republicans are moving to Nevada and South Carolina, the next caucus states.  Donald Trump won both Iowa and New Hampshire by a vast majority since most people aren’t even aware that there are any other Republicans running, but, for the Democrats, the field is a bit more crowded. Eight candidates remain: Bernie Sanders, Pete Buttigieg, Amy Klobuchar, Elizabeth Warren, Joe Biden, Tulsi Gabbard, and the two billionaires, Tom Steyer and Michael Bloomberg. Bloomberg, in particular, has been getting his fair share of attention lately– despite the fact that he has not been on the ballot yet and will not be until March 3rd’s Super Tuesday, where fourteen states, plus the territory of American Samoa and American citizens who live abroad, will be able to vote in their primaries. My own newspaper from back home describes Bloomberg as “a moderately liberal Democrat who’s been a strong advocate of gun control and addressing climate change — with unlimited resources to throw into the race,” which is true and truer.  Bloomberg hasn’t been a Democrat for long, but, now that he is, he’s sticking to it. But I don’t want him in my race.

Bloomberg’s entire move so far has been to avoid the debates, the caucuses, and the publicity because he wants to make his own news. He’s been pouring millions of dollars into advertisements, hoping to replace Biden as the old, white, centrist candidate.  We have Buttigieg, but he’s young, and he’s gay, and he’s actually been doing pretty good in the early states. So now Bloomberg is rushing to fill the vacuum left by former frontrunner Joe Biden. But he’s not actually running.  He’s just buying his way into the election. And isn’t this the problem with the current political stasis?  People aren’t deciding; money is. The National Review describes Bloomberg’s campaign as “an affront to small-d democratic sensibilities.” I don’t want the debates this summer and fall to be Donald Trump vs. Michael Bloomberg, two old white billionaire men from New York City. That’s not what the USA looks like. Even ignoring Bloomberg’s shoddy record on race (stop and frisk, anyone?), and history of disconcerting comments to women (comments that uncomfortably remind me of the other old white billionaire from New York City), big money in politics is fundamentally against the democratic tradition of this country. It’s not new to Bloomberg, of course — he managed to become mayor of New York City for three terms because, with the support of charities he conveniently donated a lot of money to, he got the two-term limit changed.

But this isn’t how democracy is supposed to run! In my American Public Policy class, “extending term limits” was on the list of “global erosion of democratic norms.”  If I had Bloomberg’s money instead of him, I would bet it all that without his financial cushion he’d have dropped out by now.  He’s forcing his voice among the people like Sanders and Warren who’ve spent their entire careers fighting for working-class people. They’ve built themselves up by listening to what their constituents have to say and working with the people. In the first few Democratic debates, we heard much and more about big money in politics — it’s one of Warren’s biggest talking points for ending corruption.  It’s just insulting at this point that we have a Democrat using his own wealth to try and buy his way into the White House.  I don’t care that he claims to be a Democrat; I don’t want another billionaire as president. And I’m sick of people pretending like a dramatic “Battle of the Billionaires” is the kind of issue that Americans care about.  It’s not. Donald Trump may like reality TV, but I don’t; especially not in our politics. Bloomberg should drop out. He won’t give anything to the people of this country, the people who need support now more than ever. We shouldn’t be sitting by and watching as politics in America fall further and further into corruption.