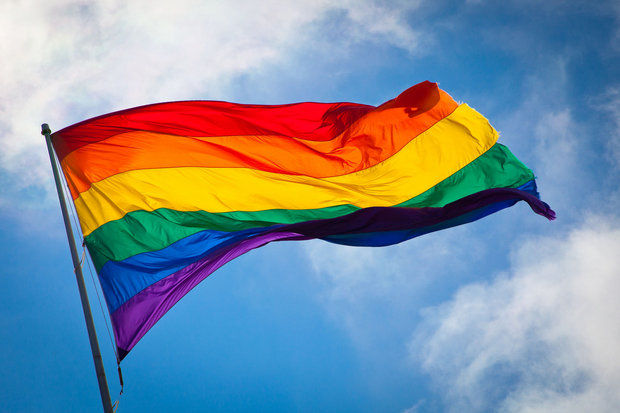 The LGBTQ rights movement may have made a strategic error. An understanding of the goals pursued so far is crucial to comprehend why. One should not diminish what has been accomplished by most recent generations—indeed the momentum is impressive, and the timetable incredibly small. Still,he meaning of these fresh victories is enormous, and perhaps we do not yet have the hindsight to fully appreciate how these events ripple, evolve and take shape later.

It is difficult to quickly summarize all that has happened in the past half-decade. Memorializing Matthew Shepherd and James Byrd Jr., 2009 saw the first legislation to expand the criminalization of hate crimes to include perceived or actual sexual orientation or gender expression. In 2010, for the first time the majority of Americans said they thought same-sex relations were morally acceptable, and by 2014 the majority favored marriage equality. President Obama became the first U.S. President to publicly support same-sex marriage in 2012, and 2011 saw the repeal of Don’t Ask, Don’t Tell. The Defense of Marriage Act, which defined marriage as between one man and one woman, was declared unconstitutional in 2013 with United States vs. Windsor. Beginning with Massachusetts’ legislation in 2004, many states have allowed same-sex couples to tie the knot.

The history of social movements is a history of action, reaction and recovery. Lasting impacts are not made when it is easy, when it is hip and trendy, but by minimizing the swing of the pendulum in the other direction and then recovering lost ground. This is the format society uses to negotiate change. And this is when movements have to prioritize, strategize and make decisions. The very beginning is the hardest: there is no precedent or good press yet. Then it makes a break-through and popularity swells and it is easy for a while.  Popular support seems all-powerful and never-ending, and victories add fuel to the cycle of accelerating progress.

This newfound attention draws opponents who are more invested in a long fight than those who jump on the bandwagon. In this reactionary phase things are more difficult: future progress is actively blocked and the last milestone or two are usually undone.

So why, given all the aforementioned success, would current strategies focusing on winning marriage state by state and getting public support from politicians and celebrities be unwise? The one problem is that all of these victories, with perhaps the exception of the repeal of Don’t Ask, Don’t Tell, have been primarily symbolic. Symbolism means a lot, especially to those who do not have much. Symbolic gestures and words offer hope, but little more. These victories had to be won at some point but, frankly, talk is cheap. Meanwhile, the quality of life of many queer Americans has not improved much. Onlookers have to wonder if prioritizing marriage and public support above laws and resources helping the poorest and most marginalized was prudent.

This is not meant to diminish the sacrifice and work which propelled us to current day, or to even knock the importance of marriage. Some advocates, especially those in the “Gay Pride” and Queer Theory schools of thought, argue that striving for the right to marry is just fitting queer people into an old, heterosexist mold and propagating values such as monogamy and gendered division of labor (like the stereotype that in a same-sex relationship partners still play the roles of husband and wife).

Still, there is something to be said for marriage’s stability as an organizing force of society and a beautiful way to bond two people. Many of the millions of LGBTQ citizens in the US, many of whom are actively Christian or otherwise religious, would like to get married, just like their straight counterparts. And who is to blame them when studies show that religion and marriage are two of the most positive impactors on happiness?

Knowing the historical cycle of civil rights movements, one should wonder why the movement chose the path it did. The movement spent its golden time primarily on symbolic issues and marriage before tackling more concrete issues of day-to-day living. Of course certain values — freedom, individuality, love — established in the minds and hearts of the general public by the work done so far will be helpful, if not necessary, going forward. But focusing on marriage early in the game has only exacerbated, rather than cooled, the reactionary phase fueled mostly by concerns over religious freedom. Some of these concerns are excuses for treating one class of sinners differently than every other imperfect human. Others are quite valid and intelligent, and as it has before our justice system will find “footholds in… slippery slopes.” In theory, the redefinition of marriage should be more contentious to traditional religion than laws concerning secular education or discrimination.

Yet some of the liberal politicians and PAC leaders steering the LGBTQ rights ship have put marriage first, sacrificing or putting off other issues. The Human Rights Campaign, the largest and most funded gay rights organization, enumerates the marriage laws passed and their financial and lobbying contributions to the effort first on their Our Victories page. This leaves vague efforts more practical and more diverse goals such as the Employment Non-Discrimination Act (which, they do not mention, only passed one house of legislature) or transgender rights are glossed over and at the end. This was poor planning not because marriage equality is not a worthy goal, but because it would have been better suited to end the movement. Now LGBTQ rights has been whitewashed, and many people have patted themselves on the back now that marriage equality is found in several states.

The unfortunate reality is that while marriage can be such a positive force in society and the life of an individual, the number one indicator of happiness is economic stability.  Simply, having enough to eat comes first, then the warm-and-fuzzy stuff. LGBTQ people hear hollow cheers from allies who do not understand the reality of queer life while their bare-bone basic rights are in danger. The pieces needed to be a functioning member of society, such as housing, employment, medical care and public accommodations (including both government and private) are as guaranteed to LGBTQ people as they are to others in only 18 states. While the increased visibility of queer people and characters in media, through contact theory, has contributed to the growing proportion of people who accept LGBTQ people, many Americans have to weigh their desire to live and love authentically with the chance that they will be denied their career or home because of the fear or hatred of others.

In fact, a powerful reactionary wave is hot on the heels of the LGBTQ rights movement, striking spots left unguarded. In this 2015 legislative session, a whopping 85 bills have been introduced in 28 states. The news has been blanketed by new laws being added to the books in states about religious freedom, notably Indiana and Arkansas. Indiana has recently received so much media attention and, more importantly, pressure from large companies such as Yelp, Apple, NBA, Angie’s List and Walmart that its legislature quickly turned out a clarification bill that neither banned nor allowed discrimination. Beyond the headlines, new and active retaliations against LGBTQ rights include legislation in Texas, Florida, Nevada, Minnesota and even Massachusetts specifically targeting transgender people and students’ ability to function. These laws offer rewards for gender policing and stopping transpeople from using the restroom and locker rooms or joining groups and sports teams representing their gender expression. (On that thread, it is important to note that the number of states offering discrimination protection for transgender people is noticeably smaller than that of gay, lesbian and bisexual people.)

Current reality has a history which includes older laws allowing discrimination or the absence of laws prohibiting it. Understandably, when there is nothing new there is not a news report. However, listeners are getting the wrong idea that these conditions are new concepts. Poor yet pre-existing laws fly under the radar. And no one is calling attention to “No-Promo-Homo” Laws, which either completely prohibit teachers from mentioning LGBTQ identities and people, or require that they condemn them when they arise, portray them as unnatural and emphasize the increased risk of sexually-transmitted-infections.

If it ends here, if the PACs pack up and the news firestorms are put out, there are a few reasons that that is not a hopeful picture. Our already partisan country would only be more polarized. Readers have probably noticed — on the national stage and around the holiday dinner table — nothing can raise blood-pressure and shut down amicable, constructive conversation, be it between generations or political parties, like the gay question. States already accepting LGBTQ people would do so very actively and enthusiastically, at least on the books. But in those states that do not, lawmakers and citizens will be eager to make a religious or political statement. The trend of sexual minorities forming isolating yet liberating enclaves in liberal, coastal cities will likely continue, exacerbating LGBTQ’s people estrangement from their families who live all over the country.

This polarization is going to create two Americas, providing its citizens different rights. This leaves many queer youth in non-accepting states waiting out a painful childhood and adolescence until, best case scenario, they can move to a more accepting location and start again. If it ends like this, the proud lip-service from celebrities and the righteous wedding bells of the most fortunate LBGTQ people will ring hollow to those still struggling, with problems like poverty, health and suicide enduring.

Choices have already been made, however. Now at this reactionary phase, what can be done for LGBTQ Americans until the passion against progress can be cooled? There are three fronts where the movement can make a difference and fly under the radar.

The first, as banal as it sounds, is resources. Resources for LGBTQ youth and adults in need and the organizations that serve them, and education for students, for teachers, for leaders in business, for families and for spiritual leaders can truly make all the difference in dispelling ignorance and creating allies. It only takes one ally to help someone through the most difficult times. The second method is the improved enforcement of non-discrimination and anti-hate-crime laws where they exist. As with any other law, injustice will find a way and be tolerated unless law enforcement and courts are encouraged to take claims seriously and genuinely, honestly investigate cases. Sensitivity training, education on new laws and accountability at all levels of law enforcement officers is likely the best course of action to ensure that the good intentions of laws come to fruition. The last way to improve lives is the continued grassroots movement of convincing people, person by person, to accept all people. This comes through LGBTQ people and their allies speaking to friends and families, starting Gay Straight Alliance (GSA) organizations in schools, appearing in media in a positive way more frequently, and leading by example.

While big-picture strategy is necessary, the experience of LGBTQ Americans really comes down to other individual Americans. Even if everyone has the right to discriminate, those who want to do the right thing will never treat someone differently, for any reason.