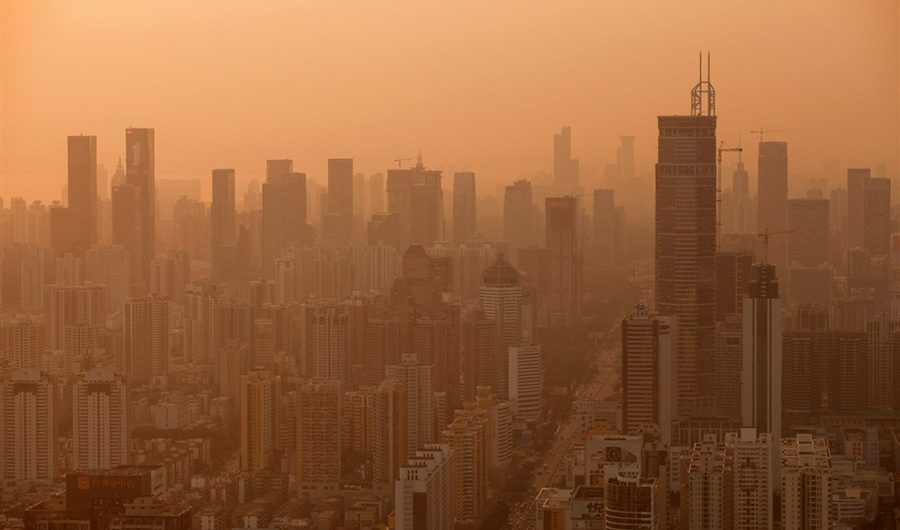 Friday, November 15, 2013 spelled the close of the Third Plenary Session of the 18th Communist party of China’s Central Committee. This anticipated convocation of Communist Party Leaders set the stage for the new government of Chinese President Xi Jinping to announce and elaborate on its long-term policy agenda.

The Chinese government faces the challenge of balancing further economic development while incorporating reforms to address structural issues in China’s political economy and ameliorate the increasingly severe ecological issues facing China. The content and scope of the reforms indicate that China’s leadership is ultimately aware of some of the big changes that it needs to make. Whether or not these reforms will be implemented quickly enough to have optimal impact is uncertain.

China is the world’s second largest economy and contains the largest population in the world. This means that the success with these reforms are implemented will have important local as well as global impacts.

Since Deng Xiaoping initiated a transition towards a market based economy about thirty-five years ago, China achieved high levels of GDP growth by focusing on slowly liberalizing. China since then often skirted on many of its other goals by prioritizing GDP growth above all else. Unfortunately, there seems to be a limit to the effectiveness of China’s attempt to out-grow it’s structural problems. As Henry Paulson, former U.S. Treasury secretary, noted in an editorial piece:

“The presumption that China can simply grow its way out of any problems no longer holds. Growth is slowing, inequality has widened, provincial and local government debts have climbed. China’s export-oriented sectors face harsh headwinds, from sluggish consumer demand in advanced markets to rising labor costs at home.”

David Dollar of the Brookings Institute notes the problematic long-term ramifications of “Relying on manufacturing and investment as driving strategies for macro economic development.” The pattern of relying on manufacturing and investment to push GDP along has given way to a permissive attitude of inefficient investment and a decline in total factor productivity. The continued drizzling of investment yields a decline in return on capital. This can begin a cycle that requires return to capital decline from more investment to maintain growth rate, diminishing return to capital unstable growth pattern.

One way to alleviate this matter is for China to transition into a more consumption-oriented economy. This information was not lost on Communist Party Leadership which aims to limit government market controls and open financial markets. Government manipulation of energy and commodities prices drove down the price of doing business for many stumbling state firms. The dominance of SOE’s or State Operated Enterprises over fields like telecommunications and oil has cost the Chinese economy approximately $311 Billion in the past three years alone.

The liberalization of credit rates offers an opportunity to price interest rates higher and encourage the role of investment to focus even more closely on projects that are useful and discourage wasteful appropriations. The opening of the Shanghai free economic zone is a positive sign that economic development can be driven by a leveled playing field.

The creation of an opportunity in the Chinese economy for private firms to fill the space of retreating state influence would give Chinese firms an opportunity to familiarize themselves with functioning in a competitive consumer economy. This domestic service economy in China may soon include an increased number of foreign firms, a practice which was once quite limited. Chinese companies will likely be increasing their foreign investment to meet the needs of the increasingly demanding Chinese consumer. One notable example of this is the recent acquisition of Smithfield farms, previously the largest pork producer in the United States. Now that demand for consumables like pork is on the rise, China must figure out how to satiate it’s people appetite for meat; a luxury consumed en masse traditionally by wealthier countries. This foreign investment approach could also render to Chinese companies an opportunity to gain tangible know-how in industries where Chinese innovation is limited. China extended its holding in the East Asian Bank to 80% probably in a bid to learn more about Western markets for consumer banking. The rise in Chinese consumption also bears problems however as China’s ancient tradition of food-sufficiency has now been undermined by its escalating need for grain imports.

A problem with this plan for economic transformation in China is largely political. The bottom line is that the government investiture in SOE’s produced a solid rim of political special interests in the Communist party that may simply be impossible to placate while simultaneously liberalizing the Chinese economy. SOE linchpins have taken a hit by corruption stings but remain strong and poised to protect their privilege.

Another major obstacle that stands in the way of China’s progression is the status of its ecological stability. China’s environmental challenges are genuinely breathtaking in scope and its ecological integrity is under siege from a multitude of directions. The Communist Party has had only nominal success so far in meeting these challenges despite taking tangible steps. It may be too little too late for China’s ancient heartland’s continued desertification if these issues aren’t addressed in a manner comparable with their magnitude.

Tales of pernicious cloaks of smog, evocative of the bleak urban condition one might read of in a Dickens work engulfing major cities like Beijing and Harbin are not new. Most famous perhaps were the concerns expressed internationally about Beijing’s air quality prior to the 2008 summer Olympics. Beijing’s air quality has allegedly improved since 2008 when the government shut down some local coal plants and limited the issuance of automobile registrations. Despite this, air quality remains poor and outcry in Beijing and the shutdown of Harbin (population 11 million) indicate that these politically important cities may not function optimally if their inhabitants are subjected to disease inducing environmental conditions.

Chinese government data suggests that 74 major cities in China have unsafe air quality conditions. The Chinese Academy of Sciences has recently reported that “43 percent of surface water is too polluted to use.” Considering China’s large scale reliance on coal power; a form of fossil fuel that discharges mercury, radioactive material and other toxic compounds when burnt we see a structural energy consumption scheme that is almost irreversibly dependent on high octane pollution.

Chinese leaders plan to address the negative effects of fossil fuels by continuing to augment China’s already considerable investment in alternative and renewable energy sources. This investment is slated to surpass the United States, Japan, and the European Union combined by 2035. This ambitious program is unlikely to ameliorate China’s ecological problems because at the same time, Chinese coal consumption is expected to increase 70% in the next two decades.

A crucial pillar of the Plenum was the attempt by Xi Jinping to sell the promise of a “Chinese Dream”, namely a China in which the middle class is included and prosperous to the increasingly discontent middling occupants of Chinese society. The previous administration of Hu Jintao limited the ability of middle class Chinese to invest in China’s booming industries by promoting policies that restricted their access to credit. This limited the middle class by and large from investing in any area outside the over-extended and increasingly speculative construction boom, now recognized by just about everyone to be a cantankerous bubble.

The biggest action taken by the Chinese government in its plenum plan as it pertains to motility is the relaxation on the one child rule and the restrictions on internal immigration. The freedom allotted to middle and working class Chinese to leave backwards, corrupt, or depressed municipalities and seek work in more prosperous areas will on paper create a more inclusive society. How Chinese leaders will cope with the massive human migration and unprecedented urbanization that will result from such a change is questionable. The government is already struggling to accommodate the urbanization already occurring in China.

The government’s plan to scale back on its speculative land building with a decrease in voracious consumption of commodities and increased attention to ecological preservation could end up squeezing the middle class out of a meaningful role in the new Chinese economy. While this may or may not be bad for an economically liberalized China, the increasing dissatisfaction of the middle class could undermine the ability of the Communist Party to retain absolute control on the political process in China. Middle class intellectuals are growing increasingly dismayed with the political environment in China.

More so than perhaps any other single factor, the realities of the disproportionate dispensation of resources, structural liabilities, and political monopoly in China’s political system may arrest the development of sustainable reform. The pressure on local officials to provide a majority of services to the citizenry without receiving a majority of revenues often facilitates corrupt and unproductive seizure of farm lands to gain revenue. These seizures deprive farmers of the resources they need to develop and are often sold at fire sale prices to developers who compromise their ecological and financial potential. Creating a society that respects the property rights of all would likely require more centralized control and responsibility than has traditionally endured in Chinese history; a daunting challenge for Beijing.

While China has made admirable and ambitious advances towards an economically freer society that considers property rights, inclusiveness, and environmental matters to be important, political challenges, and the sheer scope of the country’s immediate structural concerns make the Jinping agenda a well intended send-off on a potentially arduous road for China’s future.

14 thoughts on “In China, the Changes Grow with the Economy”