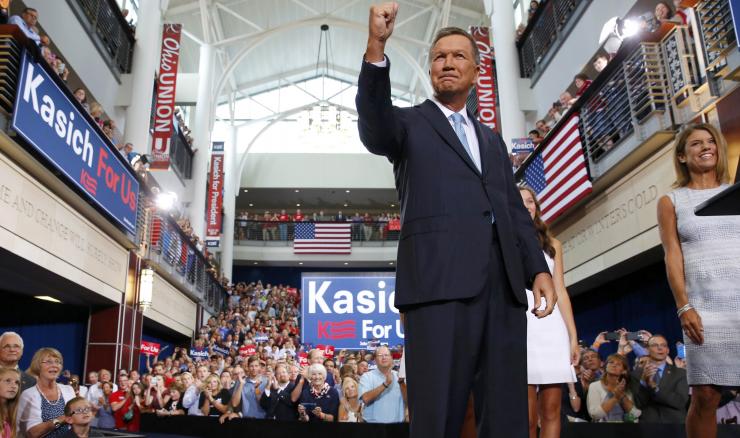 Two weeks ago, Gov. John Kasich received a lot of criticism from the conservative base of the Republican Party for his debate performance. Many cited their annoyance, while some called him a liberal – a derogatory name that can damage the reputation of any Republican candidate. Fox News contributor Erick Erickson described him as an “insufferable, angry man.” He continued, “Kasich tried to stand out by yelling and interrupting, but it did not work for him. He came across as a temper tantrum prone child while claiming to be the adult in the room by dismissing any new ideas.” Glenn Beck went as far as to place John Kasich in a new category: “Epic loser.” Beck further noted that Kasich was someone who looked “rude, old, desperate, cheap, and wildly wrong on many fronts.” Public opinion agreed with this sentiment, as a political poll showed that 38 percent of participants thought that the governor of Ohio lost the debate – more than any other candidate.

But this is not a fair judgment of one of the few Republicans that has the ability to win the general election. Gov. Kasich was just recently re-elected as governor in a landslide victory – a telling event, as he won in a swing state with 64 percent of the vote. Since taking office, employment has increased in Ohio by 6.5 percent, halving the unemployment rate from 9.2 percent to 4.5 percent, which is under the 5 percent national average. Kasich’s time in office has seen the creation of more than 300,000 private sector jobs by enacting $5 billion in strategic tax cuts. In addition, Kasich converted an $8 billion budget shortfall into a $2 billion surplus.

His accomplishments in Congress tell the same story. As chairman of the U.S. budget committee in the 1990s, Kasich was one of the main architects of the balanced budget, which generated a projected $5 trillion surplus. Polls from last month suggest that 62 percent of Ohioans approve of Kasich’s work as governor, maintaining the base from which he drew his votes initially.

Furthermore, if we look at the debate itself, Kasich, while interrupted often, battled for the majority of the time to make substantial points. When Donald Trump outlined his plan to deport 11 million illegal immigrants, Kasich pointed out the practical impossibility and negative effects of Trump’s plan, stating that a mass deportation would disrupt families. Gov. Kasich has been among the first Republican candidates to call for a path to legalization for those of the 11 million illegal immigrants who have been law-abiding.

Trump countered Kasich’s point by arguing that President Eisenhower deported 1.5 million illegal immigrants in 1954 and 1955 through Operation Wetback. Although that is the case, the operation was widely controversial because it also led to the deportation of American citizens. Moreover, Trump’s staggering number of 11 million illegal immigrants represents people deeply integrated in the economics of border states like Texas. A mass deportation would not only rip families and communities apart, but would also have significant negative effects on these economies. According to a report by Texas Comptroller Susan Combs, Texas’ workforce would decrease by 6.3 percent and Texas’ gross state product would decrease by 2.1 percent. Certain areas of the economy, such as the agricultural sector, completely rely on undocumented immigrants. There is no telling how long the damage would take to heal.

The second popular point of discussion about the debate revolved around Kasich’s exchange with Sen. Ted Cruz (R-TX). When Cruz asked Kasich whether he would bail out the nation’s largest bank, Kasich responded, “I . . . . would not let the people who put their money in there all go down.” After Cruz suggested Kasich would have to then bail out the bank(s), the governor responded “…as an executive, I would figure out how to separate those people who can afford [the loss] versus those people or the hard-working folks who put their money into those institutions.”

In making this statement, Kasich described how the banking system currently works. The Federal Deposit Insurance Corporation (FDIC) insures deposits up to $250,000. That means that the failure of a bank would lead to the reimbursement of those lost deposits and thereby protect the average American from losing their lifelong savings. However, it remains unclear if the FDIC would be able to reimburse deposits for such a massive banking crash. To limit the risk of banking crises like the one in 2007 and 2008 — the point Kasich tried to make — the governor would takes steps to increase bank equity capital, a point of view favored by economist Adam Smith and Milton Friedman.

This all begs a look at Sen. Cruz’s argument. Cruz argued that he would not bail out the bank but instead, as a last resort, allow the Federal Reserve to intervene and lend money. If a bank is at risk of bankruptcy, the Fed could indeed lend. However, the additional debt would change the ratio between debt and equity, which would hypothetically lead to a bank run by depositors and creditors. In the end, the bank would still declare bankruptcy. Cruz’s argument, as it stands, is not a long-term solution and would only postpone the inevitable.

Perhaps, Gov. Kasich was too interruptive during the debate. But isn´t that fight, that kind of competition and challenging ideas, what the Republican Party needs? Why do we give candidates negative feedback when they challenge the status quo in the primary? It is an advantage to have so many Republicans running; in the end, voters will pick the candidate whose ideas are best in line with the electorate and have been tested by the other candidates. Gov. Kasich’s response to questions on immigration and the bank bailout were articulate and behind them was a true conservative stance on how to handle future crises.

One must face reality, here. When Republicans watch debates, they live in a bubble and imagine an ideally governed country. However, not all Americans share the same vision. With demographic changes in the nation, the Republican Party needs to reach out to other groups and capitalize on non-traditional voting bases in order to continue to be successful. That does not mean that Republicans must abandon their values. It means that they can instead reinterpret them for new demographics in order to send a positive message.

Governor Kasich is one of the few Republican candidates right now that has this positive message for America. The Republican Party needs his empathy and kindness. His experience and ability for bipartisanship is second to none. Whether as the top of the ticket or as the running mate of a young senator from Florida, Gov. Kasich deserves to be heard in the Republican Party.