Strict Standards: Declaration of Custom_Menu_Wizard_Sorter::walk() should be compatible with Walker::walk($elements, $max_depth, ...$args) in /home/s2ncq8pxua8t/public_html/wp-content/plugins/custom-menu-wizard/include/class.sorter.php on line 0
 In the Supreme Court’s Hands: Abortion and Second Amendment Rights – FORDHAM POLITICAL REVIEW
Skip to content
Latest News
The Virginia Governor’s Race and What it Means for the 2022 Midterm Elections
Kyle Rittenhouse’s Sixth Charge
Looking Back as President Biden Confirms 2024 Run for Re-election
Bill Cosby Trial and the Definition of Consent
The Trial You Didn’t Know Was Happening 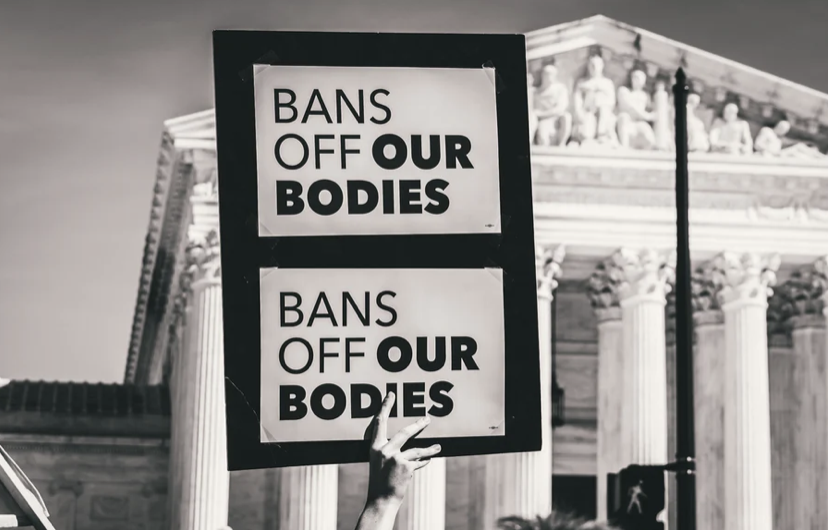 On Monday, October 4th, the Supreme Court of the United States began a pivotal new term. The Court is set to make various important decisions, most notably, rulings on abortion and gun rights. The ramifications of this upcoming ruling will be felt by an American public with dropping support for the now conservative court.

Since President Trump’s last-minute nomination of Amy Coney Barrett, the public has been nervously waiting for the inevitable ruling on abortion. Though Justice Barrett has tried to assure the public she will make decisions from an originalist perspective and withhold personal influence, her Catholic background and Trump’s promise to overturn Roe v. Wade has raised concern in pro-choice advocates. The court will hear Dobbs v. Jackson Women’s Health Organization on December 1st. The challenge, brought by the only licensed abortion provider in Mississippi, is against a state law that bans most abortions after 16 weeks. This law, along with the practices of 24 hour wait windows before a patient can receive an abortion, and a requirement of minors to obtain written consent from a guardian greatly limit Mississippians’ right to an abortion.

The ruling also comes at a time of heightened tensions in the abortion debate. Texas has recently come under fire for instating the most restrictive abortion law in the country. The Texas law prohibits all abortions after 6 weeks, which is when a fetal heartbeat can be detected. As many have pointed out, this law leaves little time for people to even realize that they are pregnant. Additionally, any United States citizen is allowed to sue violators of the law, including any person who helped them access the abortion for $10,000. In a 5 to 4 vote in early September, the Supreme Court declined to bar the law in a shadow docket decision. The Court cited the lack of written arguments from abortion providers for their decision, which allowed the law to continue. Though the Supreme Court has used shadow dockets in the past, many are becoming alarmed at its accelerating use in high-stakes cases. Shadow dockets are cases heard without oral arguments and ruled on without the Court offering much explanation thereafter. Shadow dockets have been criticized for their lack of transparency and public accountability by law experts and civil liberties advocates alike.

In addition to the monumental abortion ruling, the Court will also rule on New York’s controversial denials for concealed carry gun licenses on November 3rd. New York law prohibits individuals from carrying concealed guns unless they can prove they have a legitimate need to carry for self-defense. The New York Rifle and Pistol Association, linked to the National Rifle Association, is bringing the lawsuit on behalf of multiple individuals who were denied licenses, claiming that the law infringes on second amendment rights. Other populous states have similar laws, known as proper cause laws, as measures to prevent gun violence. Approximately 25% of Americans live in states with these laws. The Supreme Court’s ruling on this case could have a large impact on proper cause gun laws as well as other laws that exist to prevent gun violence, such as red flag laws and background checks.

This Supreme Court term will serve as a test for how the conservative majority will lean on hot topic constitutional issues including abortion access and second amendment rights. A ruling in favor of Mississippi’s abortion law could open the door for similar laws in the many conservative states ready to limit access to abortions. If the court rules New York’s law in violation of the second amendment, states with proper cause gun laws may also be forced to abandon their gun violence prevention measures. The importance of these rulings and the broad-reaching impacts they will have on millions of Americans cannot be understated.