Strict Standards: Declaration of Custom_Menu_Wizard_Sorter::walk() should be compatible with Walker::walk($elements, $max_depth, ...$args) in /home/s2ncq8pxua8t/public_html/wp-content/plugins/custom-menu-wizard/include/class.sorter.php on line 0
 Intersectionality in Muslim and Immigrant Experience – FORDHAM POLITICAL REVIEW
Skip to content
Latest News
The Right is on the Rise in the U.S. But it’s Failing Elsewhere.
Race and Wrongful Convictions
Midterm Elections to Test Trump’s Influence on Republican Party
A Story You Might Have Missed – A Climate Activist and the Supreme Court
A Step in The Right Direction: What Biden’s Reaffirmation of the Armenian Genocide Means for the Future of Human Rights 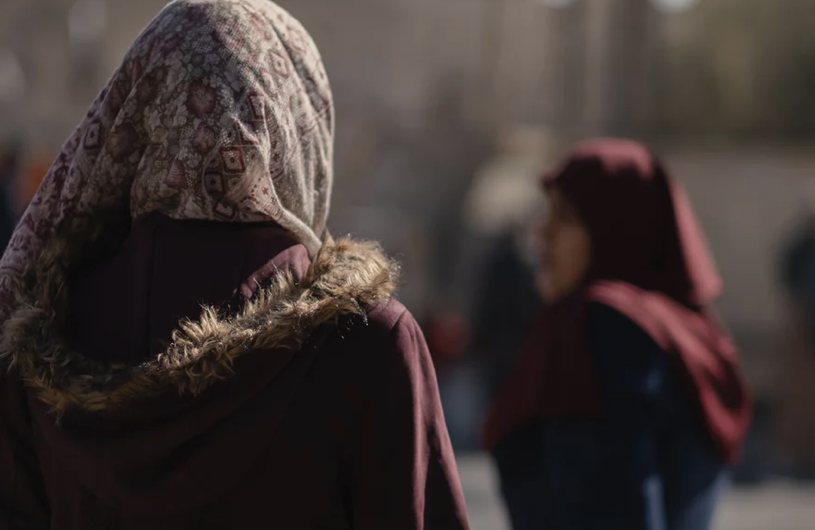 Significant distinctions between native and immigrant populations of American Muslims are often drawn by the media; however, the boundaries are not firm, such that actions and prejudice aimed at one subgroup affect all American Muslims. Srividya Maganti noted this in her article “Not So Black-and-White”: “consider famous Middle Eastern (MENA) individuals such as Andre Agassi, Ralph Nader, or Shakira, who are all seen as “White,” and contrast them with Osama Bin Laden or Ayatollah Khomeini, who are seen as “Middle Eastern.” It should be noted that Shakira, a Lebanese-American born in Barranquilla, Colombia, is included in the native “White” category of MENA-Americans despite being an immigrant and non-White. I must confess, I did not even realize that Shakira was Lebanese, as public coverage of her implies all the privileges of whiteness. On the other hand, though Bin Laden and the Ayatollah are not Americans, the media’s association of them and their ideas with immigrant Muslim populations is problematic and pervasive. Maganti’s note of them reflects the duality of Muslim and MENA-American portrayal in US media.

The distinctions between the treatment of native and immigrant Muslim populations are inexact, but they result from a previous period in which perceived native or immigrant status, or in vs. out group status, had a real impact on legal standing. During the Jim Crow era, being perceived as part of the in-group conferred extreme institutional privilege and societal value. For contemporary Muslims and MENA-Americans, passing as “White” or Christian provides those privileges in a de facto sense rather than the de jure of past centuries. I place “White” in quotes to emphasize the fluidity of this term. The question,“are Arabs White?” was the subject of a 2015 Al Jazeera article, referring to the debate over whether MENA-Americans should get a separate box on the census; the 2020 Census did not contain such a box. The article notes that many, particularly older, MENA-Americans are happy with their classification as White, as they implicitly believe it gives them better access to the full privileges of being an American without a “MENA-” qualifier before it. The other side of the argument is that a MENA-American box will allow for better allocation of resources for programs designed for MENA-Americans. Passing Whiteness, therefore, seems to be a more important factor in the media and politicians’ understanding of Muslim and MENA-Americans.

As I noted in the introduction, though there are distinctions made by media and politicians within Muslim and MENA-American communities, oftentimes prejudices can affect the whole community. The MENA-American census box is an interesting case study for this: activists are worried that data about where MENA-Americans live will lead to disproportionate surveillance by the NSA’s Countering Violent Extremism regimes. Big data, such as that provided by the census, does not have the nuanced biases of the human eye. This would lead to those prejudices usually reserved for those Muslim and MENA-Americans in the out-group to be felt by those used to the privileges of Whiteness. The problems presented by bigotry-driven data collection present the opportunity for a sharp contrast with humanistic, holistic, data analysis. The reduction of people to instances on spreadsheets denies the many-faceted identity of each person, but we can uplift the diversity and multidimensionality of humanity through the same data. As we consider the blur between the treatment of native and immigrant populations of American Muslims, we must consider the centrality of humanity: will additional data be used to uplift humanity or deny it?