Strict Standards: Declaration of Custom_Menu_Wizard_Sorter::walk() should be compatible with Walker::walk($elements, $max_depth, ...$args) in /home/s2ncq8pxua8t/public_html/wp-content/plugins/custom-menu-wizard/include/class.sorter.php on line 0
 Is Georgia’s New Election Law an Infringement on Voting Rights? – FORDHAM POLITICAL REVIEW
Skip to content
Latest News
The Virginia Governor’s Race and What it Means for the 2022 Midterm Elections
Kyle Rittenhouse’s Sixth Charge
Looking Back as President Biden Confirms 2024 Run for Re-election
Bill Cosby Trial and the Definition of Consent
The Trial You Didn’t Know Was Happening 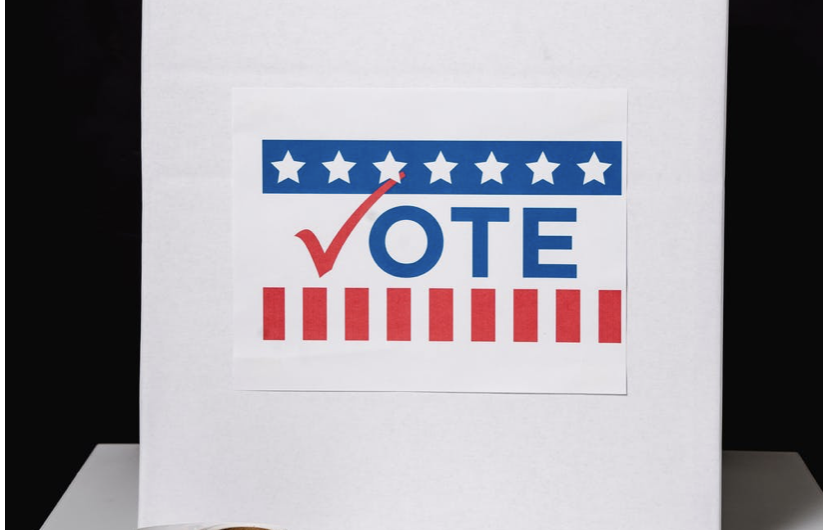 As college students, we are all fortunate to have had a relatively detailed education regarding American history, government, and politics, including on the topic of voting rights. We know that voting is key to a functional and free democratic society, and therefore the consequences of restricting this right are both extensive and severe. The consequences of voter suppression include, but are not limited to, lack of funding for important programs and services, infringement on both individual and collective freedom, and an increase in economic inequality.

Many individuals and non-profit organizations had these concerns regarding voter suppression upon the introduction of Georgia’s new voting law. The primary complaint in regards to the new legislation established by the Republican-controlled legislature was that the new voter ID specifications and changes to mail-in voting would make it harder for minorities and lower-income groups to vote. Critics also argue the new law gives the GOP additional power over voter turnout in Democratic counties in the state of Georgia. However, the law was nonetheless signed at the end of March and the outcry was severe: major Georgia-based corporations like Coca-Cola and Delta produced statements about how they were against the bill, the MLB changed its All-Star game location, and the law received strong backlash from president Joe Biden. Now the question is, “What exactly is this new law and does it contribute to the issue of voter suppression?”

The 98-page bill was passed by the Georgia GOP-controlled legislature and was signed into law by Republican Governor Brian Kemp. The law consists of many new policies and provisions, many of which have some relation to the problems and adjustments made during the 2020 presidential election. The new law will ultimately expand early access to voting for some Georgia voters, specify the use of drop boxes with strict restrictions on how they can be used and where they can be located, and set new rules for state and local election officials, while also adding an ID requirement for absentee voting. To start, Georgia had previously only required one Saturday of early voting but now counties must have at least two Saturdays of early voting. Counties can choose if they would like to offer voting on Sundays, which was debated when discussing the provisions for the law. One possible provision that did not make the cut for the new law was banning Sunday voting. This would’ve been extremely problematic, as it is oftentimes a tradition for voters, especially Black voters, to vote after church services. Many of Georgia’s larger counties already adopted the concept of Saturday early voting, but now this opportunity will be expanded to smaller and more rural counties. According to the new law, there will be at least seventeen days of early voting leading up to the Friday before an election. An extended amount of time for voting could prove to be a factor that significantly increases voter turnout, as 2.7 million out of 7.4 million of the eligible voters in Florida voted early in the 2020 general election. Because wealthy Americans vote at much higher rates than those of lower socioeconomic statuses, early voting could help more Americans working many hours or multiple jobs cast their vote. The impact of socio-economic status on voter turnout creates an incentive for politicians to implement policies and legislation that benefits wealthier constituents due to the fact that their demographic is more likely to vote. The lack of emphasis on the needs of voters from a lower socioeconomic background would therefore ultimately impact the type and nature of policies that are focused on while a politician is in office.

Despite the foreseeable positives of this new legislation, there is still one undeniably concerning aspect. The new law now requires a form of identification not just for in-person voting, but also for mail-in voting. Those who request and return ballots by mail are required to submit either their driver’s license number or their state ID number. If a voter possesses neither of these forms of identification, they can submit the number found on the free ID cards that are distributed by the county registrar’s office as well as the Georgia Department of Driver Services. Previously, there was a signature requirement when turning in their absentee ballot. Now, the law states the voter can instead provide the last four digits of their social security number. Part of the reasoning behind this transition is due to the fact that incomplete signatures have often caused ballots to be rejected. For instance, during the June primary in 2020, 3,200 out of 1.1 million mail ballots were rejected for signature issues. Also, the new ID requirement could aid election officials in processing ballots in a more efficient manner. In addition, many voting rights groups have long opposed the signature requirement as some studies have shown that voter ID requirements oftentimes tend to disproportionately affect voters of color. Another potentially concerning aspect of this new law is that the Secretary of State will no longer be chair of the state election board. Now, the chair and board members will be elected by the General Assembly. This could be problematic as the General Assembly is a partisan group and therefore the chair would be chosen by the Republican-controlled legislature. While this new chair is supposed to be non-partisan, the stipulation will still grant new power to the legislature. However, according to the new law, the chair is not allowed to donate to a political campaign or run for office while holding their position or for two years thereafter.

Despite legitimate concerns, there are even more additional positive policies implemented within this law, including a faster reporting of results. According to the legislation, individuals working at the polls will be able to start processing (not tabulating) absentee ballots fifteen days before Election Day. Also, elections workers will not be able to stop counting once they have started. The combination of these two codified changes will mean that the timeline for finalizing results will now only be six days instead of ten. Also, the new law states that the runoff election period will be five weeks shorter. This is significant as longer periods of time between the initial primary election and the runoff corresponds with significant decreases in voter turnout. There will also be a new, anonymous hotline established for voters to report voter intimidation or other illegal activities at polling locations. Finally, new policies will be set in place in order to reduce the long lines at voting locations. The law requires counties with over 2,000 voters in the last election or any county that kept voters waiting for over an hour to cast their ballots, creating an additional precinct or adding additional resources to reduce wait times at the polls.

Overall, while the issue of voter suppression and voter turnout is an extremely prevalent and pressing issue, Georgia’s new voting law does not seem to aid either of these larger problems. Instead, the law codifies many of the adjustments made and services provided during the pandemic in an attempt to further increase voter turnout in future elections.