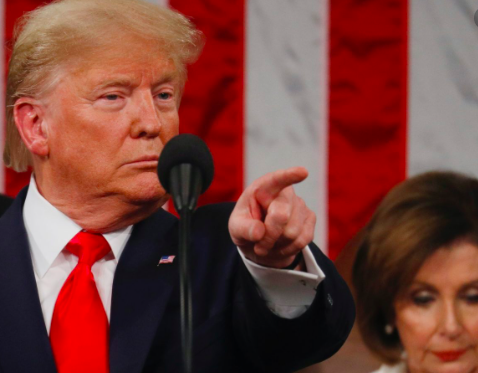 As President Donald Trump boasted about his “booming economy” during his Feb. 4 State of the Union Address, some of his adversaries were left wondering: is that really true? The simplified answer is yes. However, the well-being of the economy wasn’t entirely sparked by Trump’s policies; he simply maintained the trends that were already in place.

Mr. Trump’s possessive attitude surrounding the current state of the economy is extremely misleading. In the State of the Union, the President claimed record lows in unemployment throughout various demographics. Statements he made such as, “the unemployment rate for disabled Americans has reached an all-time low” are in fact true, but the unemployment rate has been steadily decreasing since the nation was lifted out of the 2009 recession by a Mr. Barack Obama. The president did not implement policies that lowered the unemployment rate as he suggests, but rather he allowed the nature of economics to work its magic.

Additionally, President Trump made it seem as though “all-time” meant decades, yet this data has only been recorded since 2008. Meaning, there could have been a time before 2008 that the unemployment rate for disabled people was lower than it currently is, debunking his broad and misleading claim.

Furthermore, Mr. Trump often compares current economic indicators such as unemployment rate and household income growth to that of the Obama administration, yet he fails to provide the full picture. Former President Barack Obama came into office at the height of an economic recession, so he was given a much more difficult task when it came to creating jobs and ensuring all Americans were employed.

President Trump also suggested a positive forecast for the nation’s wealth in his Address, but he failed to mention some of the data that disproves this claim. Experts show that the GDP growth rate was quite high in 2018 (sitting at around 2.9%), but it has been slowing down ever since. Although the nation’s gross domestic product, a measure of the economic output of a country, has been at a healthy rate throughout Trump’s presidency, this is, once again, because of the Obama administration’s sweeping economic reform and the economy’s natural tendencies to revitalize after a recession.

Overall, Trump may not have made the American economy worse, but it would have been quite a difficult task to do so when he entered office. The hard part was taken care of for him. His job has been to uphold the strength of the American economy, rather than dig it out a hole as his State of the Union would suggest. Right now, data suggests that the nation’s economy is doing well, but President Trump does not deserve 100% of the attribution to this achievement.