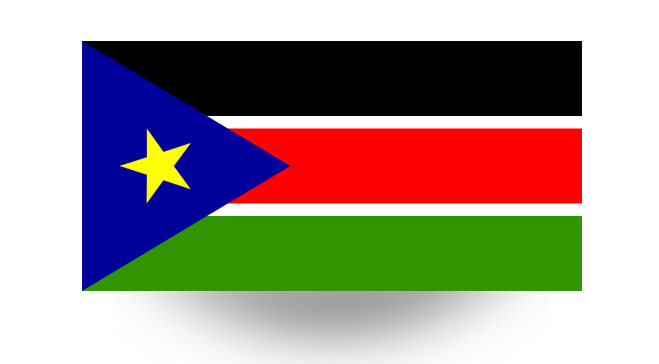 With independence comes responsibility – a phrase that is quite appropriate to the developing nation that is South Sudan. Not yet two years since gaining its independence from the Republic of Sudan to its north, South Sudan’s progression has been mixed. While it certainly has kept a better (though still rather horrible) human rights track record, South Sudan has a putrid infrastructure and an economy that has fallen immensely. Ultimately, if South Sudan is to become a permanently stable and growing country, it must shore up its relations with its northern neighbors in Khartoum.

South Sudan’s economy is primarily based upon agriculture, with those living in rural areas partaking in subsistence farming. But the number of people living in urban areas, especially in cities such as Malakal and the capital Juba, has been augmenting quickly. While this growth is not necessarily bad, Juba’s relations with Khartoum have caused the ceiling for economic growth to cave in on its people.

The people who live in the cities primarily rely on the government for jobs and aid. South Sudan’s government took in 98% of its money through state-run oil production revenues, which have evaporated since becoming an independent country, leaving much of its urban dwelling people out of work. South Sudan is completely landlocked, leaving it with no ports to ship out its oil to potential buyers. Before Sudan and South Sudan split, oil in the south was transported via pipeline to Port Sudan on the Red Sea in the north. Of course, years of civil war led to less than ideal relations between the two governments, causing South Sudan to cease production of oil entirely a few months after gaining its independence; 350,000 barrels a day reduced to zilch. South Sudan continues to accuse Sudan of stealing $815 million worth of crude oil, yet Sudan’s president Omar al-Bashir denies. As a result, its economy has slumped immensely; South Sudan’s output has declined enough that the government has slashed its budget by 35% through austerity measures.

Production of oil had been stopped entirely; that is, until Juba and Khartoum agreed to resume oil transportation through Sudan in mid-March. South Sudanese Petroleum and Mining Minister Dhieu Dau estimates that production will resume to slightly less than 80% capacity in the near term before resuming to full output after a few months. The monetary terms of the deal are unknown, including how much South Sudan will pay Khartoum for allowing its oil to flow through Sudan.

This comes strangely just days after South Sudan signed an agreement with the governments of Ethiopia and Djibouti to transport oil via truck to Djibouti’s port of Douraleh, also on the Red Sea, until a pipeline is built through the three countries. Whether this preceding deal will be realized, possibly by supplementing the Sudanese pipeline or replacing it entirely, remains to be seen. Regardless, the deal with Ethiopia and Djibouti could potentially alleviate South Sudan’s oil woes because it would give it a stable, continuous outflow of oil.

Almost equally as important to relations between the Sudan and South Sudan is the secondary part of their agreement: an immediate and unconditional withdrawal of troops from both sides within two weeks of the agreement, allowing for the creation of a Safe Demilitarized Border Zone (the SDBZ). In addition, the withdrawn troops are to be used ten kilometers from the border under the supervision of a United Nations task force in order to keep the peace.

These agreements are progressions from their previously abrasive relationship, but are not in any way an end to their problems. First and foremost, both the Blue Nile and South Kordofan states are partially within the 14-mile SDBZ. Both states are contested, and neither state wants to give them up. In addition, Sudan claims that South Sudan has been allegedly funding rebels within Sudanese borders in order to gain more land and promote unrest. South Sudan makes the same claims against Sudan. Since South Sudan’s conception, these border skirmishes have been threatening a real, conventional war between the two countries.

South Sudan needs to prevent war at all costs; a resumption of the civil war could be disastrous. If Juba wants to ensure that its country has a stable and growing economy, the oil needs to flow. Juba does have some leverage over Khartoum at the negotiating table, especially if it truly wants to solidify a border that will grant Juba the Blue Nile and South Kordofan states. Before the 2011 schism, 85% of Sudanese oil was produced in South Sudan, meaning that the Sudanese economy has not been faring well; it needs the oil from South Sudan to be transported through its borders just as much as the South Sudanese economy does. And if South Sudan eventually does build a pipeline through Ethiopia and Djibouti, it could threaten cut of oil flow through Sudan, giving them more leverage.

Of course, even with leverage the Sudanese government may not consent to any agreement that does not give them the lands in question for president Omar al-Bashir is on a short leash held by hard-liners, who will not likely be agreeable. But, the recent agreement to resume oil production gives hope that a final truce can be produced. And, if that means ceding a little more land than it wants to or renegotiating a deal that will give more money to the north, then so be it. While this is easier said than done, South Sudan must work towards peace. Moreover, if Sudan’s allegations are true, it is unacceptable for South Sudan to continue to fund rebels in the north. South Sudan’s leadership is no longer merely just a group of rebels fighting for independence. The same can be said for Sudan. It would be to its benefit to stop fighting and to begin developing infrastructure with the money that will come from oil revenues. Continued aggression will only lead to war.

South Sudan, with a poverty rate over 50 percent, cannot afford to go to war. War would prevent its government from taking in much needed revenue, revenue that it cannot afford to not receive. Without the oil, jobs will continue to fall and poverty will rise even further. If it wants to remain a stable and growing nation, South Sudan must work to obtain peace.

Zane Larwood is a FCRH 2016 International Political Economy major and may be contacted at zlarwood@fordham.edu.

76 thoughts on “It’s All About Oil in South Sudan”