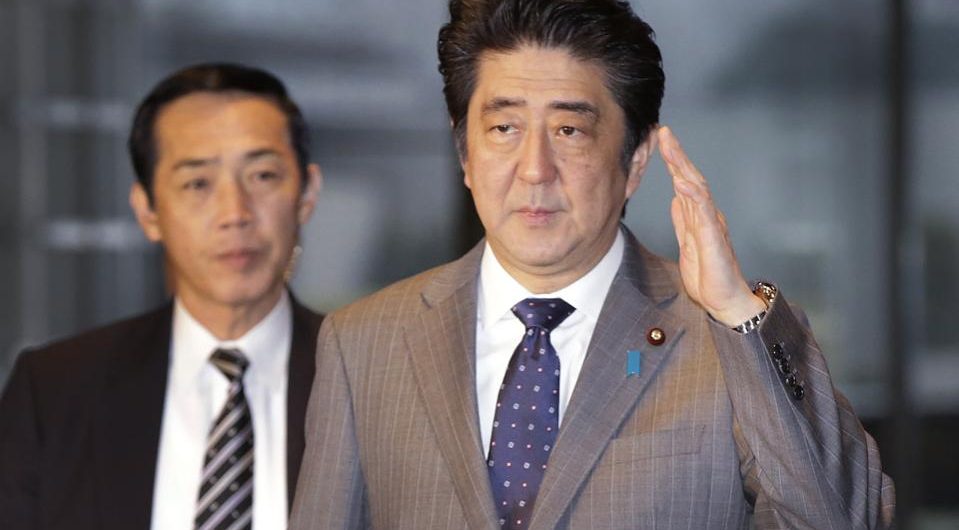 Perhaps it was the sheer brutality of Muath al-Kasesbeh’s death by immolation that caused attention to shift so quickly. Prior to ISIS’s horrific execution of the Jordanian fighter pilot who crash landed in enemy territory in Syria, international outrage at the terror group was aimed towards its recent beheadings of a pair of Japanese nationals. While the world voiced its indignation at the deaths of Haruna Yukawa and Kenji Goto, ISIS proceeded to set a new benchmark for savagery—even by its own standards—by burning al-Kasesbeh alive in a gut-wrenching video posted online. The death of the three victims—al-Kasesbeh, Yukawa and Goto—are sickeningly interconnected.

Goto, a journalist, had traveled to an ISIS stronghold in Syria in an attempt to win the freedom of Yukawa, a friend who had been captured by the terrorist organization after venturing to the area as a freelance security contractor. After being captured by ISIS himself, Goto in turn saw his fate tied to al-Kasesbeh’s when the two were made bargaining chips in a potential prisoner swap concerning ISIS, Japan and Jordan.

ISIS had been holding al-Kasesbeh prior to its beheading of the two Japanese hostages, asserting that unless Jordan exchange a convicted terrorist for the pilot, it would kill both al-Kasesbeh and Goto (a video showing the execution of Yukawa had surfaced a week prior). While on its face the matter at hand would seemingly concern only ISIS and Jordan, the former’s targeting of Goto was aimed at Japanese Prime Minister Shinzo Abe’s pledge of $200 million in non-military aid to the international coalition fighting ISIL.

After Abe refused to pay the same amount as ransom for the lives of Goto and Yukawa—mirroring the U.S. commitment against negotiating with terrorists—ISIS injected Goto into its prisoner swap proposal, beckoning Jordan to either release convicted terrorist Sajida al-Rishawi or assume responsibility for the deaths of both al-Kasesbeh and Goto. While at times the governments of both Jordan and Japan appeared at least somewhat open to the idea, the prospect is now a moot point with ISIS having killed all three hostages.

Jordan reacted to al-Kasesbeh’s murder with bellicose resolve, immediately executing two prisoners of its own—al-Rishawi (whom ISIS sought as collateral for al-Kasesbeh’s life) and Ziad Karbouli, a former top official in al Qaeda in Iraq. The Hashemite Kingdom proceeded to significantly step up its air campaign as well.

Already a part of the sixty-nation-strong coalition fighting ISIS, Jordan dramatically escalated its own offensive against the terror group, with dozens of warplanes carrying out airstrikes against militant targets in the immediate aftermath of al-Kasesbeh’s death. Said Jordanian Foreign Minister Nasser Judeh on CNN: “We are upping the ante. We’re going after them wherever they are, with everything that we have.”

Of course, Jordan was not the only country during this grisly episode to see a citizen murdered at the hands of ISIS. Japan in fact lost two, but its reaction has been quite different. After ISIS released its video featuring the decapitated body of Goto via its Al Furqan Media arm, Prime Minister Shinzo Abe had a stern message for the perpetrators: “To the terrorists, we will never, never forgive them for this act.”

The outrage in Japan is present. What is not present is a military response, a consequence of the country’s pacifist constitution and war adverse public character. But enter Shinzo Abe, Japan’s hawkish, nationalist premier who has sought to reverse his country’s pacifist leanings and enhance his country’s role in shaping international affairs. Abe appears to be channeling his foreign policy views into a hypothetical response to ISIS—according to the New York Times, he will seek “legislative changes” in coming weeks “to expand the role of the military; for instance, by allowing it to go to the aid of a friendly nation under attack, something it cannot now legally do.” Such a change is modest at a time when Abe likely prefers the type of response with which Jordan has greeted ISIS. While constrained in his options at the moment, the murders of Yukawa and Goto may be just the geopolitical opening that Abe needs for the change in military posture that he has sought.

A fleeting moment has presented itself, providing Abe with the geopolitical cover to beef up his country’s military. For it is not only a large part of the Japanese public that has protested a more hawkish Japan. Its biggest obstacle to date has been China, which has long been wary of a more robust Japanese foreign policy.

The aforementioned military changes that Abe is seeking follow his government’s decision last summer to re-interpret Japan’s constitution, specifically by relaxing its noted ninth article—prohibiting “war as a sovereign right of the nation and the threat or use of force as means of settling international disputes”—to allow Japan to come to the military aid of friendly countries under attack. China immediately communicated its annoyance with last year’s announcement, as did South Korea.

China in particular has reservations that a significant Japanese military build-up is imminent, a point of tension within the contemporary Sino-Japanese relationship. China’s fear appears legitimised by Abe’s campaign to have the Japanese parliament sign off on the change in military policy, a necessary step for his government’s re-interpretation to have any legal weight behind it. But with two of its citizens murdered at the hands of a terrorist organization, and a prime minister bent on shedding his country’s pacifist leanings, the prospect of a militarily active Japan seems a lot more likely.

While ISIS murders of Yukawa and Goto demonstrate the need for a Japan more engaged on the world stage—Abe has already voiced his support for a new international intelligence gathering agency after relying on the CIA, as well as Turkish and Jordan intelligence during the recent hostage crisis—China’s reticence is understandable. As this publication has put forth, China’s opposition to a hawkish stature from Japan is rooted in the two nations’ history. The atrocities committed by the Japanese Empire during its incursion into Manchuria province, Rape of Nanking and full-scale invasion of China in the lead up to World War II still color China’s view of Japan’s foreign policy ambitions. That the Chinese still call their version of the Second World War the War of Resistance Against Japan, reveals the suspicion with which China views its neighbor’s military intentions.

Compounding this mistrust are a number of politically insensitive actions that Abe has undertaken in his capacity as prime minister, namely, advocating a revisionist history of World War II that underplays the atrocities committed by the Japanese Empire in the 1930s and 40s, and official state visits by the premier himself to the Yasukuni War Shrine. Abe’s December 2013 visit to this war memorial, where the names of fourteen Class A war criminals from World War II are enshrined, served as a flashpoint for Sino-Japanese animosity in regard to wartime history. Chinese Foreign Ministry spokesman Qin Yang’s quip that Abe’s visit was an attempt “to gloss over Japan’s militaristic past” underscores the public perception problems that Abe has faced in achieving his desired change in military posture, a goal that may be more feasible in light of recent events overseas with ISIS.

Of course, Abe is steadfast in his foreign policy views, and protest from the Chinese government is unlikely to deter him. However, China’s suspicion of Japan is understandable, especially when the United States—an adversary of a China on the rise and supporter of a militarily active Japan—is brought into the equation. But while China may have rhetoric on its side regarding military history and war revisionism, it does not have the same geopolitical clout in opposing the campaign against ISIS, even less so the case after the group murdered two Japanese citizens. China may frame Abe’s response to the deaths of Yukawa and Goto as exploiting a crisis to forward his political ambitions, and a recent opinion piece in China’s state run Xinhua News Agency makes that very argument. Despite this, Abe is posed to move ahead with lobbying efforts to change Japan’s policy in the aftermath of ISIS actions.

Kunihiko Miyake, a former Japanese diplomat and adviser to Abe, called the beheadings of Haruna Yukawa and Kenji Goto Japan’s version of September 11. That kind of comment suggests an overwhelming military response, the type of which Jordan brought to ISIS in the days after Muath al-Kasesbeh’s death. While Japan’s legal framework prevents it from following suit, legislation affirming the Abe government’s reinterpretation of the country’s peace Constitution would be a step in that direction. Whether Abe can achieve this is up to parliament, a difficult goal for a country that has long toed a pacifist line on foreign policy. The brutal executions of two of his nation’s citizens, however, may provide Abe the public opinion leverage, both domestically and internationally, that he needs to reorient Japan’s military stature. The international community will watch to see if Japan takes a cue from Jordan in enhancing its means of combating terrorism.