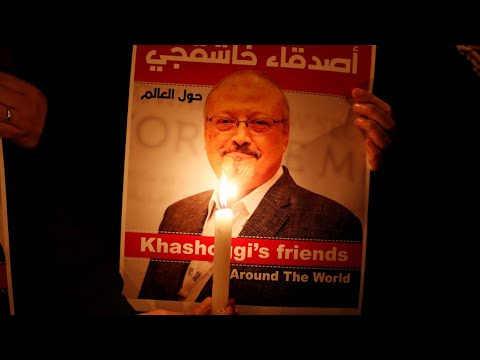 Few would call President Donald Trump a “friend of the press.” From the advent of the phrase “fake news” to yelling at reporters in press conferences, the president has fostered one of the tensest relationships with the media that America has ever seen. However, this painful association was taken to a new level in the past month with the disappearance and death of Washington Post columnist Jamal Khashoggi.

Khashoggi was a native Saudi, who left his country in 2017 to continue writing in DC and to avoid the suppression of dissent against the government, particularly, the new reforms initiated by Crown Prince Mohammed bin Salaman. In 2018, he met and became engaged to Hatice Cengiz, a Turkish PhD student; as mandated by the Turkish government, Khashoggi visited the Saudi consulate in Istanbul to verify that he had divorced his ex-wife in order to marry Cengiz. On October 2nd, Khashoggi arrived and was warmly welcomed, according to Cengiz. However, by October 3rd, Saudi authorities had declared him missing after leaving the consulate. The Turkish foreign ministry questioned the Saudi ambassador and expressed concern three days later that he had still not been found despite extensive searching; at this point, Turkish police had begun to suspect Khashoggi was, in fact, killed inside the Saudi consulate. The Turkish investigation furthered skepticism about the nature of the death, as it gave rise to suspicions that a fifteen-man hit squad was likely involved. The suspicions were later supported by U.S. intelligence reports of Saudi plans to abduct Khashoggi, which were published by the Washington Post on October 9th.  The United Kingdom and France both issued statements on the case, and Turkey searched the Saudi consulate: only weeks later did the Saudi Arabian government acknowledge that Khashoggi’s murder had been planned.

Throughout the investigation process, Donald Trump’s responses were disappointing, to say the least. On October 15th, nearly a week after the Washington Post pointed to Saudi responsibility for its journalist’s death, he said, without any support, that “rogue killers” could be responsible for Khashoggi’s disappearance. He also reminded reporters and the American people of the Saudi government’s adamant denial of any involvement.  Furthermore, he called the prospect of placing a hold on American arms sales to Saudi Arabia over this issue a “tough pill to swallow.” These sales are a part of the $110 billion arms investment that the Saudi government signed, making them America’s number one weapons buyer. Trump cited American jobs that are rooted in this weapons deal as the main reason for wanting to steer clear of potential retaliatory action for the Khashoggi situation. This rhetoric may draw sympathy from Trump supporters, but in reality, it hardly aligns with the facts. The weapons deal creates roughly 40,000 American jobs, and a recent study by the U.S. Chamber of Commerce stated that Trump’s tariffs on imports, supposedly intended to create American jobs, pose a threat to up to 2.6 million. Clearly, Trump is making moves to keep the Saudi government happy instead of taking the domestically defensive, job-interested approach he projects.

Part of Trump’s appeal in the 2016 election was that he is not an establishment politician, but rather a tough, no-nonsense businessman. What voters did not account for, perhaps, was the sacrifice of the American moral standard in Trump’s national “business transactions.” The president has several reasons aside from the arms deal to want to stay on Prince Salman’s good side, including but not limited to improving relations between Saudi Arabia and Israel, as well as American oil interests in the region. However, a very firm precedent has been set by nearly every Western nation, including America, for how to react in the situation of one country capturing, harming, holding hostage, and/or killing a person of another’s. Trump’s clear trepidation towards demanding immediate action from the government indicates that the value of economic interest takes precedent over the American people’s safety. This case in particular did not help images that Trump had previously generated about himself. Khashoggi was considered a high-profile progressive in Saudi media before he came to the United States to escape the suppression of outspoken voices against their government. Little did Khashoggi know that he would be relocating to a country in which the head of state had a similar personal view of dissenting opinions as the one in the country he departed. Trump’s relationship with the media is wholly self-gratifying: he praises those channels which praise him, and tears into those who do the same unto him. One could almost say his attitude is the less extreme version of what Mohammed bin Salman encourages: punishment for those who use their platform to spread dissidence. His lack of concern for Khashoggi’s disappearance follows his pattern of a lack of respect and value for journalistic integrity; even though Khashoggi’s views did not attack Trump himself, they displeased a government that Trump desperately wants on his side.

In his lack of action, Trump allowed the Saudis to set a dangerous precedent within their own nation. The issued statements from several European nations, as well as Turkey, have no effect on the message being sent to the Saudi people about the dangers of speaking out against the government. And Trump’s lack of action impacted his own civilians as well. Americans already knew that their president felt no shame in insulting and degrading media outlets that oppose him. He has now shown that he will deliberately abstain from standing up for the rights and duties of the press, to the point of endangering their lives and well-being. Trump’s position throughout the process ought to scare investigative journalists and instill a sense of urgency in American voters who can now see that a president who boasted of not being bought out by corporate money on the campaign trail can be bought out by another government’s economic interests. At Khashoggi’s memorial on October 30th, his fiancee, Cengiz, called upon the president to not allow for a cover-up of her husband’s murder: “Let’s not let money taint our conscience and compromise our values.” And yet, that is exactly what has already happened. Trump’s threat of “severe punishment” if the Saudi government was in fact found guilty has fallen short, and has gone completely unfulfilled. Saudi officials replied to the statement with assurances that retaliation for any American action would be even stronger; surely, Trump could not risk losing one of America’s most key economic partners. Rather than taking the upper hand and immediately implementing sanctions or taking some other sort of retaliatory measure, the president made an empty threat that allowed for Saudi Arabia to bounce one back in return, and thus, equalize the power in a situation in which a wrong was so clearly committed.