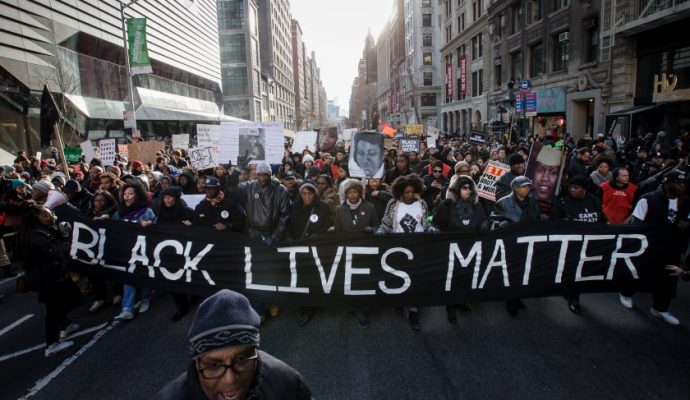 Demonstrators march in New York, Saturday, Dec. 13, 2014, during the Justice for All rally and march. In the past three weeks, grand juries have decided not to indict officers in the chokehold death of Eric Garner in New York and the fatal shooting of Michael Brown in Ferguson, Mo. The decisions have unleashed demonstrations and questions about police conduct and whether local prosecutors are the best choice for investigating police. (AP Photo/John Minchillo)