Strict Standards: Declaration of Custom_Menu_Wizard_Sorter::walk() should be compatible with Walker::walk($elements, $max_depth, ...$args) in /home/s2ncq8pxua8t/public_html/wp-content/plugins/custom-menu-wizard/include/class.sorter.php on line 0
 Mandatory Voting and the U.S. Political Landscape – FORDHAM POLITICAL REVIEW
Skip to content
Latest News
What’s Wrong With Kamala Harris?
The Rittenhouse Trial: How the Media’s Myths Made a Minor a Monster
Our Criminal Justice System: Its Flaws and What You Can Do To Improve It
NYPD School Budget
The Virginia Governor’s Race and What it Means for the 2022 Midterm Elections 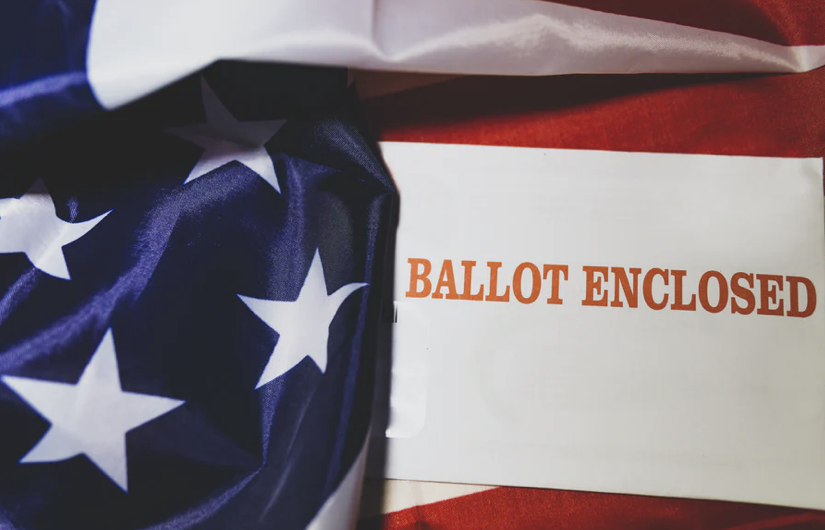 144 years ago, the United States saw its highest rate of voter turnout—82.6%—in the 1876 presidential election. Since then, turnout rates have oscillated, with most modern elections seeing a number between 50 and 60 percent after all ballots have been counted. The 2020 election boasted a turnout rate of 66.3%, the highest since the 1900 presidential election—but the U.S. still lags behind its peers in terms of electoral participation.

This pattern of lackluster turnout has sparked debates on the efficacy and ethicality of mandatory voting. While countries such as Australia, Liechtenstein, and Switzerland all have some form of mandatory voting, the U.S. remains firm in its stance that the act should be voluntary. A 2018 survey found that only 21 percent of the public believes that all citizens should be required to vote in national elections.

Despite being an idea with little public favor, the debates surrounding mandatory voting raise an interesting question: would require every eligible citizen to vote to change the U.S. political landscape?

The United States has seen a massive increase in ballots before without the help of mandatory voting laws. The 1868 presidential election, the first election in which formerly enslaved people could cast votes, saw a total popular vote of 5,722,440—an increase of 1,690,553 from the 1864 presidential election’s total of 4,031,887 votes. The 1872 election—the first election after the 15th Amendment, which guaranteed that the right to vote shall not be denied or abridged on the basis of race, color, or previous condition of servitude, was passed—saw a turnout of 6,467,678.

The voter turnouts in the 1864, 1868, and 1872 elections were 73.8%, 78.1%, and 71.3%, respectively. It is important to note that, despite gaining the right to vote, African Americans continued to experience discrimination at the hands of the white ruling class. In 1868, Mississippi, Texas, and Virginia were not allowed to vote due to their unreconstructed status. Both of these factors played a significant role in the participation and results of the 1868 and 1872 elections.

Despite these massive increases in ballots cast following the ratification of the 14th, 15th, and 19th Amendments, the U.S. political landscape saw relatively little change in regards to how many people voted for conservative candidates or liberal candidates. These historical cases pose an interesting contrast to the claim that a massive increase in ballots would result in a leftward skew of U.S. politics.

Even though past increases in electoral participation have not yielded significant change to the U.S. political landscapes, some political scientists still hypothesize that broader participation could actually pull our politics to the left. While not specifically referring to mandatory voting, they argue that making voting more accessible would result in the U.S. being more representative of its whole population, therefore diminishing the influence of the interests of upper-class white voters who consistently turn out at high rates. They also make the argument that more participation could quell the polarization that currently plagues our government and country, while simultaneously easing concerns about minority rule in Washington.

“The idea of compulsory voting is that it conveys the idea that each person’s voice is expected and valued. It really offers this society-wide message: There is no such thing as a political class in a democracy. Voting is something that is for everybody, including and especially people at the margins of society,” said Chapman.

Despite the optimistic views of some, others maintain their hesitancy towards mandatory voting. President George H.W. Bush once voiced concerns that broader participation could lead to a “higher risk of fraud and corruption in elections”. Many criticized him for this statement, saying that he was afraid of the American people and altering the status quo rather than fraudulent elections.

Aside from power balance, many other concerns in regards to mandatory voting exist. Some skeptics argue that the threat of legal punishment could cause people to vote out of fear instead of a personal or civic impetus. Others argue that mandatory voting would introduce uninformed citizens into the equation of elections, thus possibly skewing the results away from something that was originally representative of public opinion.

The final major critique of mandatory voting is that citizens of the United States have a right not to vote as much as they have a right to. The United States has prided itself on its founding principle of freedom for as long as it has existed, and critics argue that forcing people to vote would, in a sense, strip away this freedom.

The question as to whether making voting mandatory in the United States would change the political landscape or not persists. Jason Brennan, a professor at Georgetown University and co-author of Compulsory Voting: For and Against argues that mandatory voting “wouldn’t make a significant difference” in how the results of our elections look. According to Brennan, the people who vote and the people who don’t are roughly the same in regards to their political affiliations.

Although the political landscape might not change much due to mandatory voting, the way politicians campaign might. Advocates for mandatory voting claim that politicians would be “forced to address broader concerns” due to the broader audience, as opposed to honing in on a specific base of voters that exist within the boundaries of the terms “Republican” or “Democrat.”

Mandatory voting remains a highly unpopular idea in the United States, and it will likely continue to be for the foreseeable future. Many measures would have to be taken to make mandatory voting feasible, with the least of them being making voting more accessible. Despite this, it’s interesting to consider what the United States would look like if its turnout rates were on par with those of Australia or Switzerland. Would the political landscape shift to the left? Would people vote more out of fear of being punished, as opposed to a genuine dedication to their duty as a citizen? Unfortunately, there’s no way to answer any of these questions without actually making voting mandatory.

As the 2022 midterms approach, it is important to remember that voter turnout affects both the politics of our present and our future. Even if mandatory voting is not feasible, we should still pursue an accountable and effective system. It is important that we, as individuals, work to be informed, active, and vocal voters—even if we’re not required to do so.