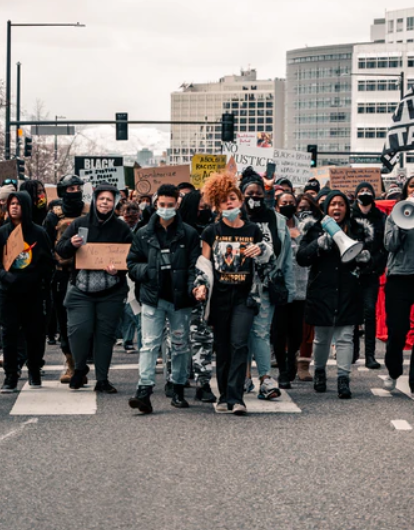 Just days ago in Minneapolis, Daunte Wright was shot and killed after being pulled over for having expired registration tags. In the Hennepin County Government Center in downtown Minneapolis, the trial of police officer Derek Chauvin, who killed George Floyd less than a year ago after arresting him for using a counterfeit bill, was underway at the very same time. Four years ago in Falcon Heights, less than 15 minutes away from Minneapolis by car, Philando Castile was also shot and killed during a traffic stop, and the officer responsible was found not guilty in court. All three men died within miles of each other at the hands of the police, and all three men were African American.

There are striking similarities between the deaths of Castile, Floyd, and Wright. On July 6, 2016, Castile was driving with his girlfriend, Diamond Reynolds, and her four-year-old daughter when Officer Jeronimo Yanez pulled him over for having a faulty brake light, much like the Wright case. After Yanez asked him for his license and registration, Castile disclosed he had a gun in his car. Seconds after telling Yanez he had a gun, which he was licensed to carry, Castile was shot four times in the arm and died soon after. Reynolds live-streamed the immediate aftermath of the shooting, and similar to the Chauvin case, footage from the live stream and the cop car’s dashcam was used in court, but the jury found Officer Yanez not guilty of second-degree manslaughter and two felony counts of dangerous discharge of a firearm. The defense argued that Castile was reaching for his gun, which caused Yanez to shoot, but the prosecution held that he was reaching for his license and registration as Yanez had asked him to do. Officer Yanez claimed that because Castile fit the vague description of a robbery suspect with a “wide nose,” and because he believed Castile was reaching for his firearm rather than his license and registration, “[he] thought [he] was going to die.”

George Floyd’s death was also recorded by a bystander, which is a key component in the trial of Derek Chauvin. Chauvin has been charged with second-degree murder, third-degree murder and manslaughter, which encompass a range of consequences but carry high burdens of proof. The prosecution’s main objective is to convince the jury that George Floyd’s death was directly caused by Chauvin’s treatment, such as Chauvin keeping his knee on Floyd’s neck for over nine minutes while Floyd stated more than twenty times that he could not breathe. What makes Chauvin’s trial different from Yanez’s and likely Kim Potter’s, the woman who shot Daunte Wright, is that the defense is not arguing that the officer reacted out of fear, but that Floyd’s death was unrelated to Chauvin entirely. Specifically, the defense is arguing that Floyd died of a heart attack due to a history of hypertension and drug use. While the Yanez trial and the history of police avoiding consequences in criminal court does not bode well for justice in the Chauvin trial, the unique position of the defense and extensive footage of the incident may produce better results.

The body camera footage of Daunte Wright’s murder portrays a similar situation to Castile, but a far more confusing cause of death. In the footage, Officer Kim Potter can be heard yelling “Taser” several times as Wright attempts to re-enter his vehicle against the officers’ instructions. However, Potter shot Wright and immediately stated, “Oh, s***t, I shot him.” Potter and the Minneapolis police chief, Tim Gannon, both resigned soon after the incident, and Potter was recently charged with manslaughter for Wright’s death. While the widely accepted belief is that Potter accidentally mistook her gun for her Taser, the fact that she was a 26-year veteran officer coupled with the extreme weight difference of a Taser and a gun (34 ounces vs. 8 ounces) has led to speculation regarding the accidental nature of the incident. The death of Daunte Wright is incredibly tragic but not surprising due to the history of police violence not just in Minneapolis but nationwide. Unfortunately, it is difficult to discern what truth is worse: Potter, a seasoned police officer, accidentally mistook a fully-loaded gun for a Taser, or committed the act on purpose and lied about her intentions.